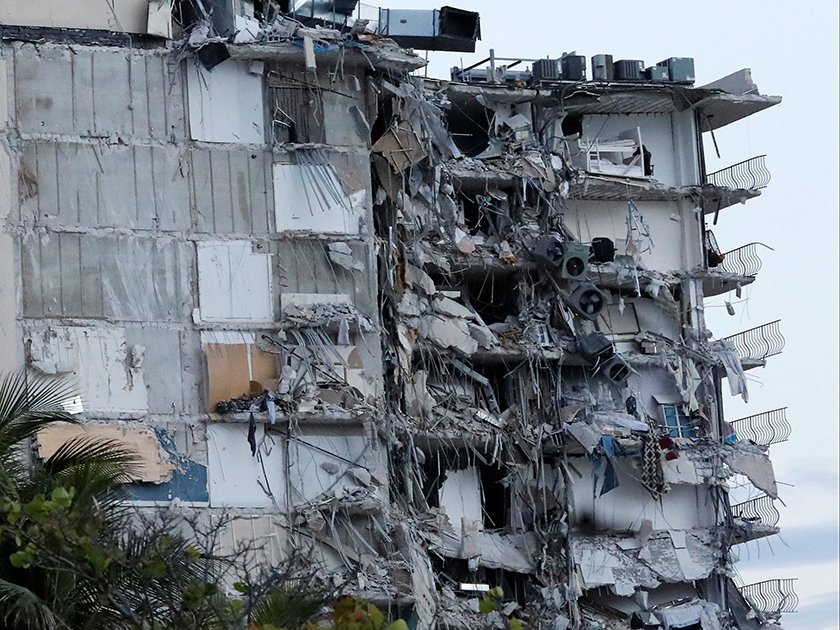 alking to my friends recently gave me all the proof I needed that we’ve entered the time of “covidity,” which a few months ago I said we’d leap into as soon as the world’s favorite virus was more or less under control, at least among non-shithole countries (that’s Trump French).

Covidity was my word for the generalized fear and anxiety that media buffs would fall prey to as soon as the bigger headlines abated. First would come all the variant strains, each one hyped to the max, and then a general sense of what next, as in: We’re starved for a scary headline.

Lo and behold, a building collapsed near Miami, killing whole bunches of fresh innocents and turning all attention to this latest apocalypse-cum-end of the world.

My friend Cheryl wrote me (I haven’t heard her voice for months): “OMG. What if MY building collapsed!!!! How safe are we? Looking at my buildings codes.”

Cheryl was one of many who took to the web to worry about this latest peril and wonder what to do if the next virus came along when they were stuck in an unsafe building.

I asked him what the connection might be between Biden and the cobbler but got no response.

Mary wrote, “World falling apart,” as sweet a note as you can get on a Friday. She made a weekend appointment with her therapist, on Zoom of course.

Carolina, who moved from France to Chicago a decade ago told me about a new anti-depressant she’d discovered that “works wonders” if combined with Xanax. Her husband is a manic-depressive who spends most of his time repairing bikes and worrying about the next outbreak “of something.”

Calvin, my gay friend (married to his younger partner, and living in Canada), went on a long rant telling me that Joe Biden was senile, but then sent a series of messages containing a recipe for peach cobbler. I asked him what the connection might be between Biden and the cobbler but got no response, at least not that day. The next day there came a text that read: ADHD SORRY!!!

Everyone’s sorry about not being able to pay that much attention to anything for very long, unless it’s following a disease or a catastrophic building collapse that suddenly takes on disease copy-cat features.

Can it really be that a crumbling building in Miami, which I think has several buildings, can suggest to some that falling buildings might be the next pandemic?

It’s certainly true the species needs something to worry about and fret over, and that mass media and social media have given that fretting a front-and-center stage. But really, contagious building collapses?

Arthur, who lives in Brooklyn, wrote me a message with a positive spin. “We actually invited someone over to dinner at OUR APARTMENT. That’s the first outsider in more than a year. Baby steps!”

But since Arthur also happened to be an architect, he told me lousy building codes would be the end of us, not to mention decaying bridges and highways, all of them “infected” (his word) with age.

What’s the most apt remark I heard from a human mouth this week? It came from a pushy kid in our local park where I now walk without a mask, to the disdain of some mothers.

The kid saw another kid with a red balloon and told his mother, “I want that balloon. It’s mine.” His mother didn’t say a word.

That kid expressed the general sense of entitlement all seem to feel about life, that they should be in secure, disinfected buildings with nothing to fear, ever. Like the adult version of “I want that balloon. It’s mine.”

In sickness and in health that’s what we do best these days, push and shove, and when that doesn’t work, Zoom the therapist.