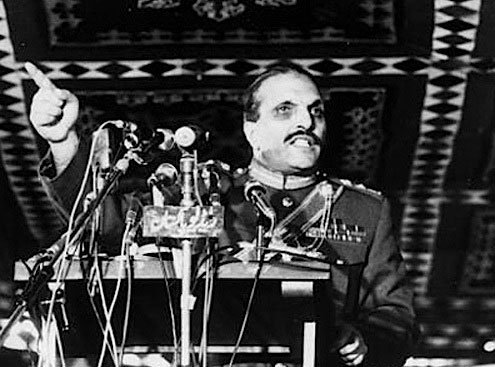 His uniform was bituminous, bereft of medals, and luminous teeth illuminated an otherwise dark face.
I

t was New Year’s Eve week in Rome after a December of hard knocks. North wind called the tramontana gnawed at the apartment window frames until my mother strategically pushed hand towels into the crevices to stop the cold air from sneaking in under the bent and aging wood. The towels looked like colored earmuffs.

She’d invited me to a cocktail party, the kind I usually avoided. Guests gathered drinks-in-hand and spoke trivially while awaiting hors d’oeuvres, which once laid out were attacked by jewel-bedecked women, their fingers wading through the goopy toppings.

My mother said an important man would attend. I should meet him, she insisted. She did not specify further. Or maybe she did and I don’t remember. In the 1970s and 80s — it was 1985 — she hosted many such gatherings of ambassadors and retired diplomats. Most came for the food, like dapper indigents. Indolent affluence bothered me because I was at the age of such bother, my early thirties, a time when envy mixes with disdain and vice versa. The maid, who was from Potenza in the deep Italian south, objected to my disrespect. She was semi-literate, a contemptuous dumpling with a crabbed smile. Rocchina was her name. She shined the silver and stirred pasta and stews. My mother was a careful cook.

I was poised by a window, by a sieve of cold air, when the important man arrived. He had body guards dressed in business suits. He wore an army uniform. He clasped the hands of those he recognized and held them for a few seconds. No one pulled away. He had chocolate planets for eyes.

Captivated, I lurked in my corner watching the carnival of greetings and comic obsequiousness. The important man was confident but gracious. His uniform was bituminous, bereft of medals, and luminous teeth illuminated an otherwise dark face. He had a mustache that made him look like a provocative caricature of a Gurkha warrior. He was also uncommonly handsome.

“Sir, how are you?” he asked one man, a preening ex-ambassador who had served in Panama. The ambassador bowed and praised him.

My mother now wanted to introduce me to the important man. I was a journalist and an editor after all. It was my job, she said, to mingle, to make contacts, to follow protocols. Not everything could be a “deep conversation,” as she put it. You listen, you learn. I remained reluctant.

So she brought the important man to me, her arm locked in his.

“Sir,” he said to me, “I am pleased to meet the son.” He spoke perfect British English.

I shook his hand.

“You are a newspaper editor?” he said. I nodded again.

I try to tell the truth, I told him.

“It is easy to be influenced,” he said. “In my country the journalists are influenced. I tell them this and they do not like to hear this, so I am disliked.”

The important man smiled, twitching the spears of his mustache.

“The journalist is an important man. But he must know his role.”

I was speechless. I did not know my role. I acted instead on instinct and impulse, on hunches. I did not say this to him. He frightened me.

“Have you been to my country?”

“You should come. I invite you. The journalist should not write until he has seen. This is often the case.”

The important man’s secretary tapped him on the shoulder, attracting him to another ambassador, a big black man with an immense belly and a chortling laugh. The two men shook hands vigorously, awkwardly. He had finished with me. He remained for another 20 minutes. When he left, the evening dissipated.

The next day, the important man met Italian leaders, which my newspaper wrote about. I thought about my own encounter but no words came to mind. He was self-assured, wheeled deference by suggesting his own, and had the kind of presence that I sensed could come to harm. I wouldn’t admit he’d impressed me.

The important man was General Muhammad Zia-ul-Haq, Islamist president of Pakistan, who had former Prime Minister Zulfikar Ali Bhutto hanged. He was Benazir Bhutto’s father. Three years after our chance meeting — 20 years ago — he died in a mysterious plane crash. On board were his senior generals and the U.S. Ambassador to Pakistan. To this day no one knows the cause. I never went to Pakistan.