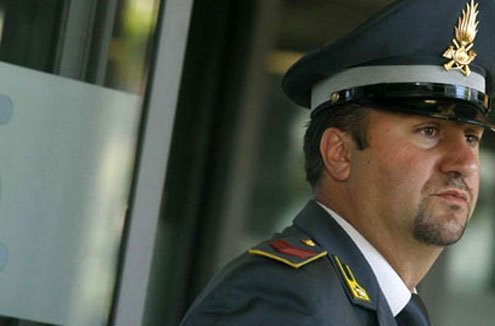 Italy has added its own legislation to already strict IRS tax measures.
A

professor friend of mine from Seattle comes to Italy every year to teach for a semester. He’s been doing it for 30-odd years and whenever he’s in town we traditionally share a meal at a different Rome restaurant. This winter our evening started with scotch and led us to a Fiorentina steak. Tuscan beef is too good to allow for much shoptalk, but my friend surprised me by saying he was thinking of moving to Rome and wanting to know the tax implications.

Suddenly, we were in “serious discussion” territory. “Have a shot of your scotch,” I told him before starting. “You’ll need it.”

There are now three key laws — two American and one Italian — that every U.S. citizen residing in Italy needs to know about, I told him. The Italian one is the newest, and it closes a dangerous loop.

But first, an important digression: Every American citizen residing in Italy with a minimum level of income, no matter where it’s earned or paid, must file income tax returns in both the U.S. and Italy. With few exceptions, that income, whether generated by employment, investments, rents, private pensions, social security benefits or some other means, has to be declared on both returns.

A double taxation agreement between the U.S. and Italy specifies where the tax revenue should go, based on the source of the income. In most cases taxes go to country of residence — Italy, for Americans living here. The internal tax codes of both nations have provisions to credit taxes paid to the other country.

The U.S. and Italy also require the reporting of certain assets, financial and otherwise, held outside their countries. Not doing so may be punishable by substantial penalties, both criminal and civil.

“Hold on,” my friend interrupted, “I need another scotch.”

Tax authorities in both nations, I continued, have become increasingly well aware of the vast amounts of undeclared income and assets floating around — sometimes the result of scheming, other times just naiveté.

As a result, both have created voluntary disclosure laws to give truant taxpayers a chance to normalize their situation.

The U.S. law, updated on June 30, 2014, gave taxpayers two very different ways of making voluntary disclosures, neither one limited by deadline. But delaying is not a good idea because of yet another law, the Foreign Account Tax Compliance Act (FATCA). That law requires non-U.S. foreign financial institutions and non-financial entities to identify and disclose their U.S. account holders to the IRS.

Beginning this year, 2015, Italian banks will report U.S. account holders to the IRS via the Agenzia della Entrate (Italian tax authority), with data relative to the previous tax year relayed to U.S. officials annually by Sept. 30.

On the Italian side, a voluntary disclosure law that specifically targets income and assets held outside of Italy went into effect on Jan. 1, 2015. The new law puts Italian tax residents — American expats among them — under a spotlight. Similar to FACTA, it encourages residents to avoid criminal sanctions by reporting any previously undisclosed income and assets. They have until Sept. 30 to make such voluntary disclosures, which must be done using professional assistance (a lawyer or accountant).

American and Italian tax laws as they now stand effectively cancel out the advantages a U.S. citizen would enjoy if subject to only one set of laws.

The urgent bottom line: Americans living Italy with assets outside the country need to talk to their tax advisors to ensure they’re complying with current laws. Overlooking potential tax liabilities is now easier than ever.

“Well, so much for moving to Italy,” said my friend. “You couldn’t ruin this meal, but you came close.”