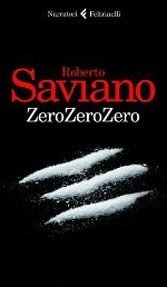 talian journalist Robert Saviano’s 2006 “Gomorra,” an exposé of the Naples underworld group known as Camorra, was a unique and gripping bestseller. Saviano put face and detail to news reports and conveyed the pervasive horror and grit that perverts the life in the southern Italian city. The book’s success produced two immediate results: a round-the-clock police escort for its author and his status as a national celebrity. He’s now a TV commentator who talks as easily about the Middle East as Italian politics.

But sometimes his eagerness gets the better of him as he crosses oceans and travels through time to illustrate interlocking drug deals and political bargains. He can be brilliant, particularly when he makes a case for cocaine’s pervasiveness, illustrating “above suspicion” players, including the middle-class operators who help with a traffic that despite computer spreadsheets and GPS tracking still hinges on violence, coercion and oppression, whether the oppressed are addicts or everyday Calabrians.

But the reams of detail, constant shifts in time frame and emphasis on gory crimes ultimately weaken the impact. The narrative grows cluttered.

Saviano was vilified when he boldly (and vitally) pointed out the extent to which criminal groups had infiltrated the sanctimonious Italian north, including Milan. It’s too bad, then, that this overburdened book opens him to criticism by those who dismiss him as a prolix Don Quixote.

We meet cocaine casualties, including informers, and drug kingpins well past their prime. But the book’s deeper casualty is the lack of an editor who knows that taking out matters more than putting in.