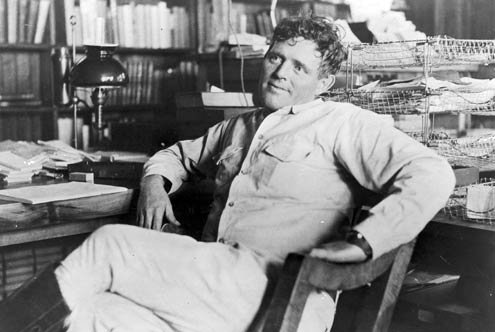 Looking for a picture can lead you to 11 lapdogs and Jack London.
H

ere’s a little story about a model in Las Vegas, a middle-aged magazine editor in Rome, and an unexpected interloper, three strangers made to overlap casually in a century that indulges randomness as proof of life.

The woman’s name is Stephanie Sadorra, of Irish, German and Puerto Rican descent. She is an attractive mother of two originally from the American south. Her biography is a matter of public record. That’s all I know and probably all I should.

Under normal circumstance I socialize shyly. I prefer books to faces and can’t see the two as an online face-book. I dislike reading first person essays but contradict myself by writing them. I’m annoyed by digital narcissism but admit I can’t keep my fingers from the caress of words.

Yet the hermit in me roves. And the roving is made possible by machines. Machines that give the poetic notion of strangers in the night a hardwired twist.

Just before Halloween, I received a perceptive essay that required a strong companion image. As always, I surfed the web to find it. That day’s waves took me first to Indonesia, then to North Dakota, and finally to Norway, where I “met” a photographer whose autobiography recalled growing up in a Lapland village near small fjords and who wrote with passion about his 11 lapdogs including one named London, after the writer Jack London.

A further search the next days led me to an intriguing but simple photograph that showed an American passport, some euro notes, hand-scrawled appointment notes, a Chinese Yuan bill, and an old-school key. The photo was love at first site, and sight. It also came with an email address. So I asked for permission to use the image.

Writing into the void can be like tapping on a fogged up windowpane. You remain outside and squinting unless someone wipes away the steam. Most tapping goes unanswered.

But this time was different.

A few weeks later I received an unexpected reply from a very polite Stephanie Sadorra, who gave me her direct email address. She agreed to let me use the photo.

I published it soon thereafter, crediting her for taking it. And that’s where the conventional part of the story ends, with a fine essay and a suggestive image by a woman named Stephanie Sadorra.

I didn’t know the answer. I’d found her email contact by chance. I stopped when I did. So I didn’t answer Rory McClean — assuming there actually is such a person — but I did look up my photographer. Though she matched his email description, I still didn’t answer. I saw no need.

Two days later I received a second message from Rory McLean that read, “So?”

This time I replied: “We’re a magazine. We print articles and photos. We don’t divulge where or how we get them aside from giving credit to the author.”

Rory McLean, nationality and situation unknown, replied a few days after with two words: “Crazy world!” The correspondence ended there.

I didn’t think further about it until today, when I received a message from a friend and former college roommate, now handicapped, whose remarkable toils had just been chronicled at length in a Washington Post article. His resilience moved me. Parts of what I read, things I never knew, came as a bolt from the blue, as had his message.

Growing up in the late 20th century, the connective tissue I knew included letters, telephone calls and (rarely) telegrams. Anything more compelled the presence of flesh-and-blood people who would then, with luck, get to know and even like each other. Casual interlopers were few and frowned upon. Strangers were those you avoided. They might harm you.

The online world has turned such platitudes on end, with pinball “friendships” more common and incidental interconnection a separate but equal form of acquaintance. First name self-promotion is normal. On electric paper, I “know” Stephanie Sadorra (I do not) and I also “know” Rory McClean (I do not). On a whim, I might even list them as friends. Few would poke deep enough to check and fewer still would care, since connectedness, unlike old-school friendship, needs little to sustain it. Cleverness bypasses most of the security poised against it.

These details conspired to make me ponder just how the heart and mind respond to so many casual insertions and deletions; how together they reckon with such a hubbub of tangents (and potential misunderstandings); and how this greater overlap affects the childlike computer called the brain, which so many smart years later still remains what it’s always been, a poignant, craving, and impressionable instrument that hasn’t yet learned when to say “when” — and probably never will.