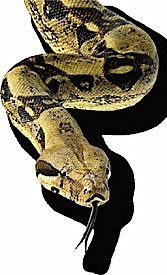 ’ve said it before, and I’ll say it again. Living in the countryside is downright dangerous. Okay, so there’s no smog, and the chances of being knocked over by a bus or mugged are fairly small — though the farmacia round the corner here in quiet, safe Spoleto was robbed at gunpoint in broad daylight the other day. But there are plenty of other dangers lurking out there when you least expect them. Take a few recent headlines from our local paper, “Il Corriere dell’Umbria”:

This latter story concerned a friend of mine, who is not a tourist at all, but lives here in Spoleto and has a penchant for going on long power walks up steep hills to keep herself in shape. On this occasion, she chose a mountain path that she did not know, and as the afternoon wore on, she realized she was hopelessly lost. A phone call to an Italian friend brought a platoon of police, carabinieri and forestali out to scour the hillsides for her. As dark set in, they eventually found her clinging to a precipice, very scared, clad only in a T-shirt and pair of skimpy shorts.

As she later recounted gleefully, the police told her she was lucky to have been rescued before the wolves got to her. To be honest, I have my doubts as to whether this very tall and fit friend of mine would have ended up as dinner for any local wolves, but far be it from me to steal her moment of glory. And it certainly is true that wolves have returned to the upper reaches of the Umbrian hills, just as they have in other parts of Italy.

Never mind the wolves, go for a walk near just about any quaint Umbrian hill village and you’ll take your life into your hands as the inevitable pack of manic, slobbering dogs charge out to see you off. And if you stray into the countryside itself, watch out for the hunters hiding behind just about every bush. Out riding my highly-strung steed last Sunday it was like being in Bosnia, with figures clad in combat gear and armed to the teeth firing off shots that were far too close for comfort.

Then there are the scorpions. At our house up in the hills, my brother’s ex-girlfriend found one in her bed where it had snuggled down to enjoy the warmth of the electric blanket. It bit her on the stomach before she leapt out screaming. Their relationship ended shortly afterwards. I’ve lost count of the number of times my younger daughter has had ticks dig themselves under the skin of her skull after a walk in the woods. I’ve now become a dab hand at burning them out with an extinguished match, while my son delivers the coup de grace and squashes them dead with a rock.

Personally, I can take any amount of scorpions, spiders and even the large meaty rats that scuttle about on the roof. But I draw the line at snakes, which are an ever-present threat around here. The sinister rustle in the undergrowth certainly dulls some of the pleasure of the spring ritual of asparagus-picking, as do the earnest imprecations of local villagers to watch out lest young vipers drop down your neck from the trees.

When I first bought my house in a wild corner of Umbria many years ago, I was told that one of my first purchases should be a phial of snake serum, to be kept in the fridge and taken, along with hypodermic and tourniquet, every time I went for a walk. I should also burn old tires and shoes in the garden, to keep away the bestiacce, they said. Now, the advice has changed and it seems it is extremely dangerous to administer serum without professional supervision because of the risk of death from anaphylactic shock. Which is quite a relief as I have been known to faint at the sight of a needle and would never have had the guts to jab one into my own body. The bad news is that current wisdom is to go to the nearest pronto soccorso if you have a close encounter with a viper. I’m told you have about 30 minutes — so long as you don’t panic. If you do, the poison acts more swiftly. That’s all very well. But I’ve clocked it, just to be sure, and if there’s no traffic, and I manage to keep my cool, my nearest source of serum is 31 minutes away.