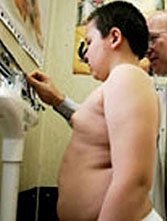 The wrong message.
I

went to a restaurant with a group of Italians the other day. When it came to ordering, one of our party demurred for a few seconds before opting for a plate of tagliatelle al tartufo followed by a bistecca di manzo accompanied by some patatine. Nothing wrong with that, you might say, except that the person making the request was not quite nine years old. The waitress seemed completely unfazed, as the diminutive — well actually not that diminutive — client placed her order. And as the only non-Italian at the table, I was alone in raising my eyebrows, though I tried to hide my sense of shock as I ordered a meagre half portion of tagliatelle al ragú — with no secondo — for my own seven-year-old daughter.

I suspect that this is just one area where Italians and Anglo Saxons will never really see eye to eye. I know that Italian mothers think my children don’t eat enough, and they probably think they’re far too thin. It’s true, my children do resemble beanpoles, but at a time when child obesity is assuming crisis proportions just about everywhere you care to look, I can’t say I’m sorry.

Doing the rounds of end of term school plays and gym displays this summer, I shuddered to see the number of overweight children squeezed grotesquely into leotards and pixie outfits waddling and wobbling all over the stage. Have their parents — and the teachers who design the costumes for that matter — no sense of shame? Not that things are much better in my home country. I read recently that in England, the average 11-year-old girl now has a waistline that is two inches bigger than that of the typical adult woman 60 years ago, and that obesity has doubled among six-year-olds and trebled among 15-year-olds in the past decade. And neither I nor my Italian husband will ever forget the spectacle of the outsized mother, father and teenage son in an All-You-Can-Eat-For-$5.99 diner in South Carolina some years ago, piling on the chicken salad, together with rice and grits and pasta and chocolate fudge sundae with strawberry sauce, all on the same plate, and then proceeding to scoff the lot before coming back for more.

Of course, compared with such displays of gluttony, the eight-year-old’s request for truffles and steak seems positively abstemious, and, with the exception of the sinister and booming market for those disgusting pre-packed merendine that television commercials are constantly plugging, it is probably true to say that the quality of food consumed by most Italians is reasonably high. But what I do find hard to digest is the importance attached to eating. How many times have I sat at a table groaning with food, only to hear my Italian eating companions planning the menu for the next sitting.

A few years ago in Rome, while anxiously investigating primary schools, I asked the woman who runs the bar in Colle Oppio, where all the children play. Being in constant contact with parents, I thought, she must surely have her ear to the ground, and have some idea about the quality of teaching at the local scuola elementare. I was partly right.

“All the mothers seem very happy with it,” she told me helpfully. “The food is excellent, and there’s a choice of pasta for the primo.” When we moved to Spoleto, and I placed my children in new schools, I was soon summoned to meet my son’s math teacher. With a sense of dread, I climbed the steps to the classroom, wondering what could be wrong. Had he not learned his times tables properly? Had he still not got the hang of fractions?

“Signora,” said the teacher, with a stern look on her face. “I’m very worried about your son. He never eats his secondo!”