You must be the wife 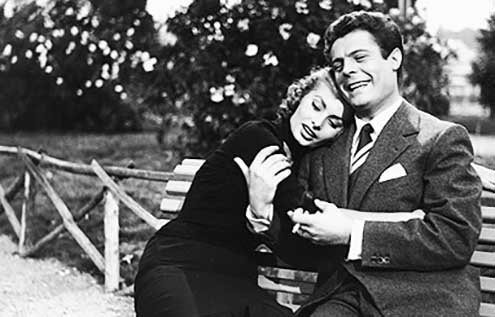 any female friends have told me that nothing makes them angrier than being treated like “the wife” — the emotional and mental “little woman” incapable of dealing with anything beyond the domestic sphere. The perpetrators of gender stereotypes, women and men alike, are so uncompromising in the way the wrap themselves around their constructs that they’re incapable of recognizing how outdated they are, and therefore how inappropriate their behavior is.

Even with same-sex relationships, they continue to impose their monolithic concepts of husband and wife roles, arbitrarily assuming one partner is “the king of the castle” while the other is “the little woman.”

One day we had lunch with Massimo, an old friend of Alberto’s from his university days. Massimo is also a doctor, a certified psychologist, with a private practice. Though Massimo and Alberto followed similar career paths, they hadn’t really spoken at length for 35 years. Massimo’s been busy with his wife and family while Alberto took a somewhat different route, with me.

Nicoletta, Massimo’s wife, set the table and served the food before sitting down. She’s a nervous woman who at a previous “friendly” pizza dinner, annoyed me by repeatedly telling Alberto it was his responsibility to correct my imperfect Italian grammar.

“Thank you, but I am responsible for my own mistakes,” I told her.

As Alberto and Massimo ate, they reminisced a little about the good old days. “Remember when ‘so and so’ said ‘such and such’ to professor ‘what’s his name?'”

They laughed and the conversation moved on to pension plans and light socio-political observations. When Nicoletta spoke up, Massimo stopped, listened to her, and then continued on as if she’d said nothing. He did this not once but repeatedly. When I added a comment to the discussion he did the same; pausing, waiting for me to finish, then continuing on as if I hadn’t become involved in the conversation.

After lunch, as Nicoletta cleared the table and washed up, Massimo invited Alberto to tour his drive-in basement and see fishing equipment. Rather than staying to help do the dishes with Nicoletta, I tagged along with the “men folk.” In the basement Massimo showed Alberto his inflatable boat and his 20HP outboard. When I mentioned we had a 25HP two-stroke, Massimo repeated the ritual: he waited until I finished and kept talking as if I wasn’t there. He went on to explain to Alberto that he’d had a problem with moisture damage and had waterproofed a wall. When I asked him what sealant he used, he stopped abruptly, as if I’d interrupted him, mentioned the name of the product, then returned to talking to and at Alberto. By the time we left the basement for the porch, I’d become convinced Massimo had more than just water leakage problems.

On the porch he mentioned problems with erosion in his garden. I mentioned we had a similar problem, which is when he turned to me with expression that seemed to say, “Oh, are you still here,” and continued.

The only way Massimo can conceive of my relationship with Alberto, I’m convinced, is with me as “the wife,” which means I shouldn’t be with the men but in the kitchen.

“On your next trip down memory lane with Massimo,” I told Alberto as we drove home, “you’re on your own.”

Months later, we were sitting across from Luca, our new financial advisor, for a six-month performance review. In our first meeting, we’d told him that we were a couple and asked him specific questions about any problems we might run into, such as inheritance and insurance issues.

After explaining the performance and diversity of Alberto’s portfolio he went on to discuss mine, all the while still speaking to Alberto. I asked a simple question, in part to draw his attention. You know the rest: he stopped, looked at me until I finished, and replied to Alberto. I tried again with the same result.

Is it because it’s easier to speak with Alberto in Italian? Is it that Alberto’s portfolio is substantially larger than mine? I don’t think so. I suspect Luca has happily accepted our money, as he would that of any married couple, but, like Massimo, lacks the mental and cultural ability to accommodate two men as a couple. Conforming to the archaic and sexist construction of husband and wife gender roles, he behaves toward me in emotional and intellectual terms as if I was “the wife,” and therefore unable to deal with finances.

After our meeting I considered my options. Should I say something or find a new advisor? I pondered how happy his global investment company would be to discover they risked losing investors because their advisors still lives in caves.”

“Why don’t we do our next meeting separately?” Alberto suggested. “That way he’ll have to talk to you directly.”

I agreed that was the best strategy. But if he “wifes” me again, it’ll be the last time.