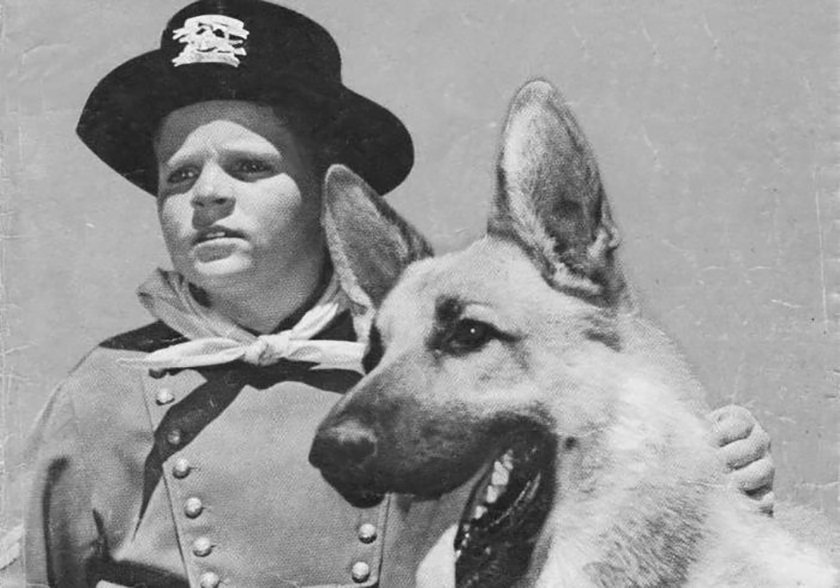 "Rin Tin Tin" was among the first and most popular dog dramas on American TV.
A

s a boy, my Sicilian ophthalmologist was for a long time addicted to American dog shows. He avidly watched “Rin Tin Tin” and “Lassie,” dubbed, of course, and swore by dogs as the best man had to offer. I learned this early on in our relationship when he decided it was better to talk about the past than my eyes in the present. What, finally, does any doctor do when confronted with someone whose situation is ruinous? Change the subject, lighten the mood, at least for a while; don’t dwell constantly and negatively on that which has already shattered morale (a lesson COVID’s medical preachers haven’t learned).

When, in 2016, my eyes began to come apart at the seams, the culprit was acute glaucoma, he wrote me a memorable message. I was in Washington, D.C. at the time, and hopelessly inclined. “Come home, Lassie” was all he wrote, and I did. He couldn’t fix me, but he tried — oh, how he tried.

I found in him a fellow nostalgist, who, while remembering the heroism of TV dogs, couldn’t quite understand why it was that the film industry and even TV had turned so violent, as if to one-up realism to satisfy bored voyeurs. What happened to the simple stories in which Rin Tin Tin devotedly saved his master and perhaps solved a puzzle, leaving all appreciative?

That, I replied, was the make-believe world of the Cold War. Happy endings mattered.

They still matter now, he replied, but we think we’re more realistic by preferring harsher ones, with Lassie nowhere to be found.

This hushed me up.

Happy endings still matter, said my doctor, but we think we’re more realistic by preferring harsher ones, with Lassie nowhere to be found.

He calls the response to the in-vogue virus “absurd,” not because he denies its existence or potency, but because humans have made it into yet another sad show they now transmit the details of every minute of every day, making the already sad despondent, if not terrified. And what good does that do anyone? he asks.

I am once again mum, since at this point there’s little left to say that isn’t repetitive.

These days my doctor watches “Monk,” which made it to the Italian market late, its oddness making broadcasters think twice. He loves the show and its obsessive-compulsive detective. “There’s a little bit of Monk in all of us,” he says.

He has brothers who work in medicine, but he lives alone with his Rottweiler, Flower, who recently behaved as less than a best friend by lurching on the leash so abruptly that my doctor fell, dislocating his shoulder. Just what Flower saw to initiate this tug isn’t clear. “Maybe the dog ghost of Rin Tin Tin.”

Whenever I slip into a melancholy coma, resigned to the world as a blur, my doctor tells me stories.

As a medical student in Palermo and Rome he volunteered to check corpses for usable eye parts. He’d be admitted to the mortuary at night (on the sly) and examine the eyes of the bodies to see if any were good enough to harvest for corneas, about the only tidbit an eye can yield after death. Corneal transplants were in their infancy in the 1970s, but that didn’t stop my doctor Monk from staring into the eyes of row after row of dead people. He was young and medicine an adventure.

These days, as he struggles through the new protocols of seeing patients at a distance, or wearing a mask that looks like an elephant face, he’s less enthusiastic.

He can’t wait to get home and walk Flower, then eat, usually alone, and watch an old movie like “Dr. No.” Once he could liven up his bachelor’s life by traveling, mostly to Asia, and seeing places that he never dreamed, as a youth in Sicily, of ever coming close to. Now he can no longer do that. The medical conference circuit has been disrupted, perhaps irrevocably.

So he walks and walks, often dipping back from Rome to Palermo, the latter a comfort zone that reminds him of things that once were. Like Rin Tin Tin and Lassie. But neither is ever coming home.