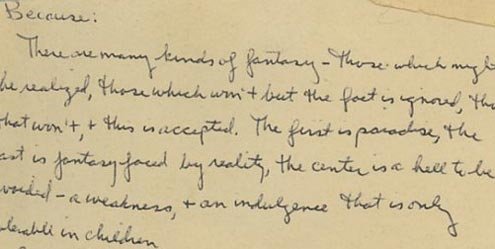 I must call, I must say if I want to see you, I must tell you when I'm frightened...
R

elationships between young lovers can be difficult at the best of times. Distress calls from partners often emerge obliquely, since those in love, or eager to break out of it, can be reluctant to speak aloud about their own doubts or a partner’s shortcomings. Diaries were once a fundamental source of comfort, but most were absolutely private.

My girlfriend in 1980 was a beautiful but taciturn young woman from a particularly small American town known for its prideful inhabitants. She appeared to like me well enough, but kept her more intimate thoughts and feelings to herself. She was petite and very good with the written word. We would often chat about cities and travel and sometimes make plans, albeit it vague ones, for the future. I knew little about her inner makeup because our bustling youth constantly distracted us from any effort to get to know each other better. We met in Rome and I remained with her until she left me in two years later in the United States. At the time, I was 26 and she two years younger.

After she walked out, I called her repeatedly but only got through once, and when she heard my voice asked me to leave her alone and hung up. I mostly complied and sulked forward.

Decades later, shuffling through tidbits and old correspondence in my Rome apartment, I found a scrap of paper that contained what I immediately recognized as her handwriting, a message-in-a-bottle of sorts. On the back of the scrap was a list of my mother’s dinner guests. My late mother had probably used the sliver to tote up a long-ago evening’s dinner guests. Perhaps she never saw the message on the other side, or ignored it. Maybe it was my then-girlfriend who used the paper first to jot down her thoughts. I will never know.

In any event, three decades later I received time capsule-style answers to questions I likely should have asked three decades before, when the both of us said so little about feelings. On the scrap was this:

There are many kinds of fantasy — those which might be realized, those which won’t be but the fact is ignored, those that won’t, + this is accepted. The first is paradise, the second is fantasy faced by reality, the center is a hell to be avoided — a weakness, + an indulgence that is only tolerable in children.

Along with this, goes a necessity of some degree of sensibility: to enter a room, + and not notice, or not care what you influence — it indicates, again, the creation of your own atmosphere, w/utter disregard for others. Upon this, a relationship cannot be built — all responsibility is dropped — I must call, I must say if I want to see you, I must tell you when I’m frightened — you cannot see? — you don’t take the time to see?”