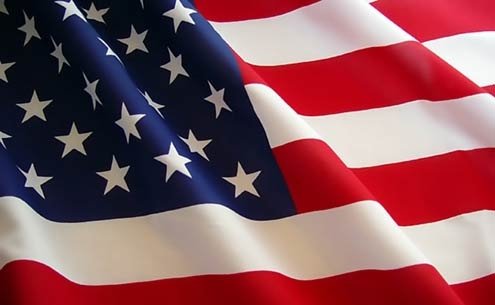 As an American I have argued endlessly in defense of my country's good name.
J

ust over six years have passed since I began my life as an American in Europe. In that time I have learned what it means to be hated. It’s is a prospect I had admittedly never entertained. The past six years have represented trying times for Americans abroad. Much of the world has made a sport of hating our guts, burning our flag, assaulting our embassies, decrying our military actions and predicting our downfall.

The war against terror has been disastrous and our image has fallen from heights that others can only dream of ascending. Whatever happened, asked many, to the America of FDR, Martin Luther King, Jr. and a host of other made-in-America icons that the world fell once fell in love with. Would we ever win back the respect of Europe, our natural ally and our harshest critic?

During the past six years I have often wondered how long I could remain on such a hostile continent. In Mark Twain’s words, I was an innocent abroad (and may still be). After all, it was in Europe that I faced the demons of history, at least as they applied to me directly.

A few reminiscences, if you will.

It was in Europe that I got my first taste of anti-Semitism, followed by the surefire allegation that America and Israel were uniquely responsible for upsetting the calm waters of a world at peace with itself. I was a guilty party by association, by an accident of my birth.

I vividly recall an English girl I had met one late night in a bar in Madrid who, as soon as she heard that I was Jewish, screamed, “Israel is evil!” I had no inkling of what these words meant at the time. I have long forgotten her face and name, but not her malicious intent. It forced me to look inward, to examine the pitiless truth of why my mother’s family left Europe a century ago.

As an American I have heard the defamations — colonialism, imperialism, hegemony — but argued tirelessly in defense of my country’s good name.

I have also sensed a great irony: Were the Europeans, who for thousands of years committed some of the worst acts of violence and atrocity-based hegemony history has ever known, accusing me personally of these same crimes? The only word for this was chutzpah.

I realized a new narrative was being written in which I, by virtue of my democratic sympathies, was the ultimate aggressor; in which an imperfect democracy was more lamentable than a petrified dictatorship; in which self-defense was a sin worse than terrorism; in which diplomatic niceties mattered more than on-the-ground facts.

Often it seemed to me that the only way to make it in European society was as a kind of self-hating American. I’ve known people to sew Canadian flags to their jackets in order to slip by unseen. I’ve known people to deny outright the simple fact of their citizenship in order to better their chances socially, or at least to avoid the inevitable backlash of commentary: Don’t tell me you voted for Bush! We all know your government was behind 9/11. All you want in Iraq is their oil. Can’t you face up to the facts? The American Empire is crumbling.

Such half-truths buried in outlandish accusations only made some of us want to disappear. In the European psyche, America had become the worst thing imaginable, an improbable Fascist.

I wonder now how deep the enmity of the last six years really runs. Barack Obama’s election has shifted the perspective from the “new Rome” mentality to a seemingly limitless sense of renewal and possibility. I’ve watched this feeling shoot upwards from the snarky skepticism of two years ago (“Racist America will never elect an African-American, no matter how talented he is.”) to Obama’s recent inauguration speech, when the same naysayers bowed their heads in reverie at the persuasive power of his words.

I have seen Italians flabbergasted at our refusal to buy into the rhetoric that our nation was just another supernova exploding into history, and at our determination to do the one thing that we know how to do: Rip it up, rewrite the script, change our way thinking and ourselves.

Now I listen as the Italian media slam their own country’s tribal political wars, once again looking to developments in America as a candle in the dark. The best part is, the Obama Administration has yet to make its mark. Europe, try as it might to play the fool to our Lear, is as addicted to our mythmaking as we are.

Of course all rational people appreciate a healthy sense of skepticism. One does well to steer clear of the dangers of messianism and the cult of personality that inevitably feeds on charisma. To think Barack Obama will solve all the world’s ills in one grand stroke, as tempting as it sounds, is hopelessly naïve. Obama said as much in his inauguration address: “Today I say to you that the challenges we face are real, they are serious and they are many. They will not be met easily or in a short span of time. But know this America: They will be met.”

We would do well to take a step back and let the new administration do some of this work before marveling that the crooked timber of humanity has been set straight. We still have a long, long way to go.