The law according to basalt 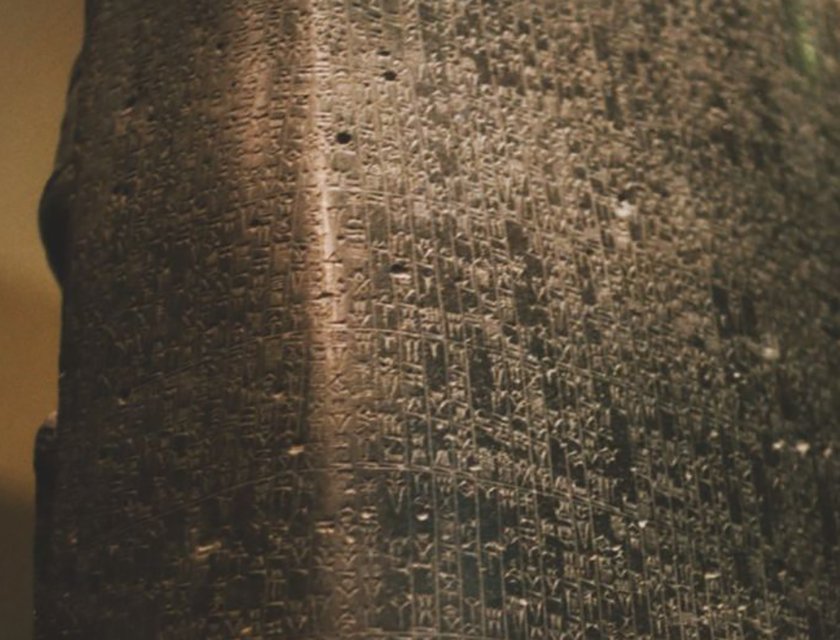 The stone containing the Code of Hammurabi was discovered in in 1901 in a dig on what is now Iranian soil.
I

t was the winter of 1901 when French mining engineer, geologist, and archaeologist by passion Jacques de Morgan — who at the time happened to be working at an excavation in the ancient site of Susa, in modern-day Iran — made a discovery that would change our perception of the history of jurisprudence. I am referring to the Code of Hammurabi, a black basalt slab carved during the Mesopotamian period under the reign of Babylonian King Hammurabi (who reigned from 1792 BC to 1750 BC).

On this slab were 282 rules carved in cuneiform script that established norms for commercial interaction, in essence the basics of trade rules. Conserved today at the Louvre Museum in Paris, the Hammurabi Code is a unique legal compendium as well as a testimonial to Mesopotamian civilizations.

The region of the ancient world known as “Mesopotamia” derived from the Greek mesos, “middle” attached to potamos, “river,” literally “between rivers” (though the Greeks would themselves employ the name much later in history). Mesopotamia was located in the territory that lies between the Tigris and Euphrates rivers, and covered some of the land that includes modern-day Iraq, Turkey, Syria, and Iran. Roughly from 4000 BC to 500 BC Mesopotamia was home to a number of highly developed civilizations, most significant among them the Sumerian, the Assyrian, the Akkadian, and the Babylonian.

Often referred to as one of the cradles of civilization, Mesopotamia’s historical relevance is exceptional. Its adjacency to the two rivers guaranteed the fertility of the lands along their banks and facilitated the creation of irrigation systems that nourished even distant areas. The invention of the wheel and glassmaking, the implementation of sanitation systems (again thanks to the rivers), and the development of a pictographic writing system known as “cuneiform writing” — from the Latin cuneus, “wedge,” which described the wedge-shaped style of the pictograms — contributed to the development of highly sophisticated city states, such as Babylon, Nineveh, Nippur, Lagash, Kish, and Ur.

The city of Babylon saw its golden age under the reign of its sixth king, Hammurabi.

The city of Babylon, located in today’s Iraq, saw its golden age under the reign of its sixth king, Hammurabi, who expanded the city along the Euphrates, thereby unifying southern Mesopotamia. Hammurabi’s ambitions were not exclusively political. He was in fact a visionary whose goals included projects both massive and sophisticated, irrigation and construction foremost among them, and the context in which the Code of Hammurabi was produced.

A precious relic for anyone with an interest in the history of the administration of law, the Code contains a list of edicts concerning family law, administrative law, and administrative contracts.

The Code does not constitute a complete set of legal norms, closer instead to a series of rules governing specific legal circumstances, from construction law to commercial regulations, debt regulations, fees for surgeons, barbers, veterinarians, norms involving military service, the penalties to be assessed to a judge who issues incorrect decisions, family matters such as marriage, divorce, incest, and adoption — and a great deal more.

It is one of the very first known sources of rules for both civil and criminal law. As such, it sets punishment for conduct seen as outside accepted norms of behavior and sets up mechanisms to settle disputes among individuals.

One aspect of the many regulations is immediately striking. The Code, elaborated around 1754 BC, reflects law based on “an eye for an eye, tooth for a tooth” principles. Reading it can suggest a tone tilted more toward revenge than justice. The deep stratification of society also emerges at once. Punishments differ based on social station (elite, free men, and slaves). Women have limited rights compared to men. On the other hand, it is one of the first known sources of the concept of the accused considered innocent until proven guilty.

Once the modern-day reader overcomes an initial sense of anachronism (common in the reading of ancient texts), the Code of Hammurabi provides a fascinating report on the very first attempts ever made to regulate commercial relations and to establish the notion of accountability.

An interesting example comes via the first known set of construction industry standards, point 229 of the Code. If a builder builds a house for a man and does not make its construction firm, and the house which he has built collapses and causes the death of the owner of the house, that builder shall be put to death.

The Code of Hammurabi provides a fascinating glimpse into the first attempts made to establish the notion of accountability.

If, adds no. 230, a collapse causes the death of the son of the owner of the house, they shall put to death a son of that builder.

The detail is astonishing:

233: If a builder builds a house for a man and does not make its construction meet the requirements and a wall falls in, that builder shall strengthen the wall at his own expense.

Although the severity of the penalties imposed surely strikes a chord in the modern reader, its key purpose is nonetheless fascinating: to establish standards of construction and safety and to address risk management nearly 3,800 years ago.

Of course, the “an eye for an eye” type of law is more about retaliation than restitution, and the idea of insurance was by no means present in Mesopotamian society, but the concepts of risk, responsibility, liability, and indemnity are all there. Just as in todays’ construction law and building regulations, the main goal was to set up accountability mechanisms and to reassure both builders and buyers that if the norms were followed all parties would be protected.

Nearly four millennia ago, the Code of Hammurabi defined a variety of concepts that are paramount in today’s jurisprudence, and as such, makes for intruding reading for those with an interest in the history of law administration.

— This is the first of a series of columns on subject concerning facets of ancient history.