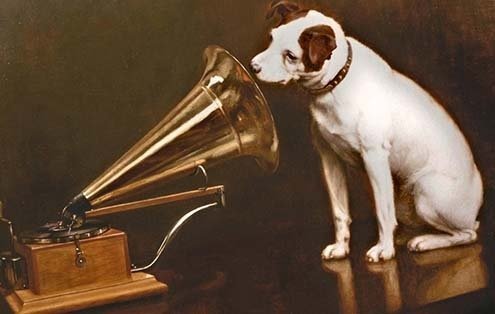 Breaking things to Quaker, and others, was difficult.
M

y job at my parents’ cocktails parties was a simple one. I was poised at perfect window-dressing age, eight. An eight-year-old boy is ideal when adults need brief distraction. They’re compelled to says things like, “What a nice boy,” this from wives, or, “Hello son,” usually from husbands. These little league swoons were my cue to pull out the Kodak Instamatic camera and take pictures of the scene and the guests. “Oh, look, how cute! He’s taking pictures!”

After this assault of contrived cuteness, I was under strict orders to bow, wish everyone a nice evening, and retreat (already in pajamas) to my sleeping suite and its array of ghouls, monsters, talking bedposts and my RCA radio named Quaker.

What the adults didn’t count on — not even my parents — was that I lingered behind the door to the living room and spied. I thought of myself as a secret agent, soon to become a radio personality even Quaker would carry. I’d tell the secrets of adults. Since the Washington intelligentsia — a species of often loud Eastern mammal — often came to my parents’ parties, I had it made.

But two problems presented themselves. The first was the matter of the writer’s block. I had heard about it from at least two guests but had no idea where it was located. The grocery store had a block. So did the toy store. So where exactly was the writer’s block?

The matter became more urgent if not confusing when one of the guests said he’d be stumped by it for a year. Stumped by a block? Or on a block? Was it a place writer’s went on vacation, only to lose their directions home? If someone asked me — while I was on my show on Quaker — “Tell us about writer’s block,” what would I say? How could I even make it up?

I did overhear a woman, speaking of her husband say, “John struggles with it. It doesn’t happen but when it does he’s stuck. He just can’t get off that island of believing he can’t write.”

So maybe it was an island. Writer’s Block, south of Jamaica and west of the Galapagos (where I was sure dinosaurs still hung out with turtles, since they were both so old).

But what if Writer’s Bloc was part of the Soviet Bloc? That would change things somewhat. That would make the entire discussion even more secret and more important. That’s the reason I lingered behind the door, camera still in hand, eager for additional if cryptic adult information and insight.

To Writer’s Block I added the sweet second hand, wondering what a clock might taste like if made into a cherry lozenge. What made the hand so sweet? Was sweetness fleeting, times perhaps? Did seconds come from sugar? Were there clock pastries on Writer’s Block, maybe in a café?

Somewhat later, I learned the mystery of writer’s block. And when I learned it seemed to me entirely prosaic. Quaker was disappointed. My dinosaurs felt fooled. All it really meant was not being able to write, something far too obvious for the eight-year-old mind to settle on.

I also learned about the sweet second hand, which wasn’t sweet but did sweep, like a clockwise broom, in the days before the digital swept away that sugar and many other sweets like it.

Presumably these days I know more things, and more accurately. I’m less easily duped. But that’s nonsense. Because in my mind I’m still in search of Writer’s Block, my camera in hand, hoping to take pictures I can later show to the next set of guests, when sweetened time turns its seconds on their heels and sends me back to Instamatic neverland.