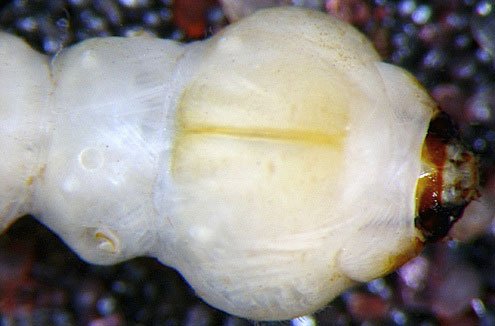 “They work slowly, from the inside out..."
T

he florist invites me to see a giant worm. He’s a gaunt man with a bald skull that gleams like a light bulb above a forehead and two dark sockets into which someone has pressed black buttons, or so it seems.

As if tugging on a child, he leads me by the arm to the trunk of the fallen tree, now a dust-choked stump. In the morning, men in blue overalls arrived with chainsaws they gurneyed into the gnarled oak’s upper branches. First they browsed. They then began their alarming dentistry. The caretaker of the nearby building defended the amputation. “The sky where the branches went up was already dead” — this is what he said, his words exactly. He’s a Jehovah’s Witness indebted to riddles. His dog, a cross between a Labrador and a terrier, is called “Mago,” or magician.

Years ago the florist told me about the oak’s infestation. I pretended not to hear him to avoid nightmares. I once saw a tiny pile of yellow dust at the foot of an antique table in my apartment. The table later collapsed. “Worms,” said the pest expert. “You should take this to the gas chamber.” Worm-infestations call for cyanide gas.

But I couldn’t act. Instead, I bought syringes from the local pharmacy and pumped smelly poison into the wood-wounds. Eventually, the creatures emigrated or died. I never saw one. I auctioned off most of my sweet-wood furniture, which they thrive on. Little piles still emerge in summer. I have nonetheless avoided the gas chambers.

My worms, the florist reproaches me, are insignificant.

“These are not like those,” he explains gravely. “These are the real things. The ones that bring down buildings.” He opens vulgar space between his palms to suggest size. I think of Mothra.

He then tells me the story of the Borghese Museum. Its reopening in the 1980s after two decades of ill-managed renovation lagged further when restorers discovered giant worms in joists. “They ate while the others worked on marbles and the walls,” says the florist. “The restorers noticed fine dust on their jackets. At night, the beams murmured.”

Murmuring beams. I think of Alien.

It’s true: I never know whether to believe the florist. I’ve known him since he met his partner, who is now his wife and the mother of their 14-year-old daughter. He opened his shop at 27; he is now 44. I suspect he knows his worms.

We’re now a few steps from the heaps of yellow powder around the stump. The trunk has what look like finger-sized bullet-holes.

The florist, who likes metaphor, compares the worms to the Italian government. The worms are ministers snacking on the people, who are the state’s sap and leaves. Soon, there’s nothing left. “They steal and steal. They want taxes so they can take private jet rides for themselves and their families. They eat away at the foundation.”

The florist has a point. This week, newspapers are filled with stories about ministers and their aides and families co-opting official jets to travel through Italy and Europe. The head of the Chamber of Deputies, a Communist, sought a plane to take him from Rome to Florence: that’s 180 miles. In 2005, the travel cost the state about €66 million, about $90 million. Military aircraft spent an average of 37 hours a day aloft to suit the whims of civil servants.

“A worm!” shouts the florist, interrupting my rumination.

And there it is: A beige thing that looks like a softly severed knuckle or a wet bit of breaded meat tumbles drunkenly from a hole into the sawdust. It is three inches long.

The worms were probably cooped up for years, the head tree-man told me in the morning between vigorous cuts. “They work slowly, from the inside out. Sometimes they don’t show up until they’ve eaten so much they have no choice but the surface, where of course they’re seen. But they don’t want to be seen. It’s like cancer killing itself.”

The florist continues his civics lesson. Italy’s young people, he says, are demoralized and without motivation. They have no heroes on the Left or the Right. They talk only about clothes and mobile phones. “My daughter spends all her time chatting and sending text messages. She doesn’t even know what a country is. She thinks taxes are what the government uses to subsidize a trip to see a grand prix. She thinks this is normal. People who believe the so-called democratic state will last an eternity are mistaken. They don’t see that opportunism can lead people to forget about the purpose of a country.”

The giant worms, the head tree man had told me, are really insect borers. They exist to feed themselves. Exhausted with one meal, they find another. Trees resist longer because they can replenish themselves. They have sappy antibodies. An inert chest is defenseless.

But even a tree has its limits. It can’t seek ironic help from a gas chamber.

“Living things are in a no-win situation,” says the florist. He is now poking the big holes with a stick. The caretaker starts sweeping away the dust. Soon we’re joined by ”Mago” the dog. She sniffs at flakes for interesting aromas but apparently finds none. She looks up, briefly examines our moving lips, and walks away.