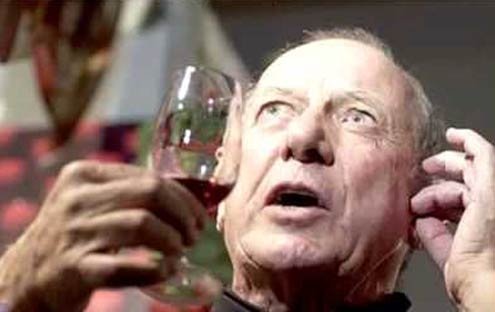 was a bibliophile before I was an oenophile. My ample apartment shelves are never enough to handle my collection. My favorite books about wine not only convey useful information but also tell intriguing stories about specific wines — the who, the what, and the where.

These details are fundamentally relevant in Italy. In a single denomination — take DOCG Barolo — all producers (there are more than 250) use 100 percent nebbiolo grapes. But the similarity ends there.

It’s like a classroom list: all the children are about the same age and have the same basic background in math or reading. But no list can cover individual personality and character.

The books below try to make sense of those elusive characteristics.

This book (“Great Wines from Small Wineries”), like the wineries it features, is a small jewel. The authors have earned their stripes. Graziani became a sommelier at age 18 and was named Italy’s best in 1998. Pozzli is a professional journalist, also a sommelier, who has covered wine all his life. The introductory section on “classic wines” is followed by regional profiles that cover individual wines and producers (400 in all).

The authors discard typical analytical/numerical evaluations. “What we aim to do,” they write, “is to tell the story of a wine, to appreciate its individuality, to judge it by sense of pleasure it gives, to pair it well, and to evaluate its drinkability…[we] describe with simplicity and clarity the poetry within each bottle.”

This second Graziani-Pozzali collaboration, a coffee-table book (“Notable Wines: The Best 111 Labels in Italy”), is worth picking up even if you don’t read Italian. It’s a sensual delight whose spectacular photos convey the spirit of Italian vintners, the places the work, and the wines they produce. The wines are arranged by suggestive categories, including Wines of Joy, Wines of the Wind, Wines of the Sea, Wines of Men, and Wines of Meditation.

Pairing suggestions take into account not only food but also the overall “experience,” which the authors handle idiosyncratically (one wine, they say, suggests “evocative notes of A Milonga Tango by Oscar Roberto Casares,” another, “Beethoven’s Seventh Symphony in its entirety”).

This classic is out of print but fairly easy to track down. It is both timeless and fascinating for its glimpses into an Italy that no longer exists. In the first part of the book, Veronelli explains the basics of tasting wine, making wine, cellaring wine and pairing wine with food. In the second, he profiles the most important wines of each region.

On tasting: “Wine-tasting, as does love, begins through the eyes.”

On taste: “How many times have you heard it said ‘there’s no accounting for taste’? Yet there is no sadder phrase. All of you will agree with me that a pair of yellow shoes with a blue suit leaves no doubt.”

— “The Mystique of Barolo,” by Maurizio Rosso and Chris Meier, Omega Editore, 2002.

Maurizio Rosso asked coauthor Chris Meier if he wanted to fall in love with Barolo. Meier said yes. “If so,” Rosso told him, “you’ll have to spend a lot of time in the Langhe…You’ll need to become familiar with this land and its scents, with its people and its seasons….'”

The two men did just that.

The book opens with a history and introduction to Barolo. After that, come 35 in-depth interviews with “masters” of Barolo. The book makes no attempt to simplify Barolo. Rather, it gives a rich view of the complexity of the wine, the people, and the place.

— “The Finest Wines of Tuscany and Central Italy,” by Nicholas Belfrage, forward by Hugh Johnson, University of California Press, 2009.

British “Master of Wine” Belfrage divides his book into three parts: a few chapters on history, grape varieties, production techniques and regional, followed by in-depth descriptions of nearly 100 selected producers. He then describes vintages, top wines by category, a glossary, and a bibliography.

“The Italian approach to wine is quite different from that of Anglo-Saxons,” he concludes. “Wine is to be consumed as part of a meal…. Roundness, fruitiness and softness are not generally attributes of Sangiovese-based wines; [they] tend to acidity, tannicity, and savouriness… So, yes, the flavors … can be demanding. But once you get used to their challenge, it is hard to go back to the alcoholic fruit-juice style that is so popular in America, Britain or Australia.”

Though a reference guide, this tome offers up far more than just a list. Wineries are picked by region and denomination and the book provides specific information about the producers, their philosophy, and the history of their wineries. It also explains how the wine is produced (including whether the wine is certified as organic).

Of the nearly 1,200 producers profiled, 173 won the “Slowfood snail” for making wine according to the values, philosophy, and traditions of both their region and of Slowfood.