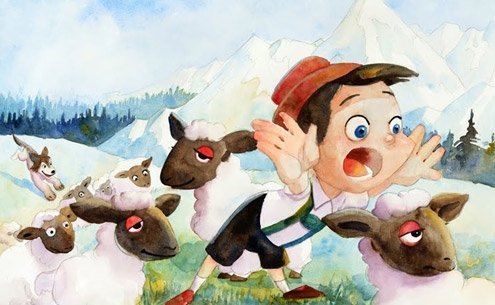 ocial anthropology is the study of people and what they do when they band together. Cultural anthropology takes it a further step and probes how they organize themselves and what they choose to believe in. Both sciences focus on the evolved human tendency to substitute underlying animal instinct with a shared veneer that is the bulwark of civilization. Humans could shriek to communicate but mostly do not. Intelligence spread through schooling refines their primal urges and their tempers. The tempering is a move away from easier visceral responses in way that limits cruelty and helps shapes progress. Such progress depends on applying intellect to situations that the mind would otherwise respond to instinctually and therefore with animal fervor.

The two world wars of the 20th-century appeared to chasten a species that for millennia had always capitulated to fervor. The tools of combat had become too lethal and comprehensive to allow for world wars. Social and cultural viscera would require a different channel. But the form and shape of that channel remained obscure. The reality of a bipolar world dominated for four decades by two superpowers was that neither could yield to excessive emotionalism. The resulting world was neurotic, tense, and strangely adult, its more reckless antics limited by fear.

That ended with the collapse of communism and the opening of the governed world to forms of actual and posed egalitarianism whose only constant was consumer capitalism. The heir to war’s distraction was purchase power and the anxiety caused by its absence, one canceling out the other. The heir to nationalism and cults of personality was the distraction afforded by the individual power to accrue and to spend, based on ever-multiplying choices. The heir to the pent-up social and cultural viscera that once made countries go to war was the worldwide web, since it had the unprecedented pan-national power to absorb and spread every kind of outrage and lamentation. The heir to a neurotically tense bipolar world was one, is one, that encourages animal fervor and primal urges by giving each an acceptable adult framework, whether the urge is sexual or political, and providing platforms for the kind of shrieking that the social sciences once assigned to animal pre-maturity. Technology has supplanted ideology as single most important “prong” in most visions of progress, with it advances encouraged to exist in isolation, as if human evolution were complete, the rest of its details in the hands of machinery alone.

This new set of circumstances — call it the kindergarten of the postmodern — is loud, irresponsible, feckless, sentimental, chirpy, and often shapeless. Peace under loud circumstances speaks for a constant adolescent restlessness that once would have eventually led to the twin spasms of coitus and contrition, rage and regret, instincts that early psychotherapists identified as central to all human propulsion. The aftermath of so many centuries of literal raging is global talk radio, a kind of verbal thrashing around to feel alive.

The U.S. government just engaged in 16 days of it, sublimated combat ostensibly over how to spend money in which most reasonableness was pushed aside in favor of verbal brawls — thankfully, some might say, since the 15th-century alternative would surely have been mass slaughter. “A preschool that’s gone awry” is how one veteran congresswoman described it.

The “preschool” label is again apt. On an enlightened planet that provides nearly unlimited access to commonplace information and encourages purchase power as a primary part of personal satisfaction, what remains off the market is any deeper sense of human satiation, which all-out war once resolved, or seemed to, by sweeping away the petty. The now-outlawed clarity established by brutal conquest is rearranged into hundreds of thousands of separate fits of rage, each with their own identity, that together behave as surrogates for war’s fierce monologue.

Day and night, they mix the animal with the intellectual while offering no civilized way out of anger’s limiting conundrum. When restraining fabric finally tears, all that left, predictably enough, are heaps of child-like adults egged on by the need to make an instant impact, a modern requisite of being and social and cultural status. They kowtow to irrational disenchantment while ironically trying to adhere to mature rules that seem increasingly senseless. Preschoolers typically stage such surreal tantrums for hours. Adults can take them much further.

The howling soon stops being about policies but about the excitement of conviction and its emotional penetration, a separate but equal form of personal identity more in keeping with anti-subtle, cheerleader-oriented networking. It’s also makes for a new kind of wartime in peacetime with non-eye contact volume as an acceptable statement of personality and a means to establish social pedigree. The shared veneer established by social sciences has grown less demanding of any specific elegance. Rage is reach, so long as you “own” it — another offshoot of no-limits consumer culture. Crying, “wolf!” or shouting “fire!” — once scorned under all circumstances — are now enviable so long as they garner sought-after attention. Out of business is the word “impolitic,” which tried putting tasteful limits on orgiastic yakking.

The historical novelist Mary Renault sought the same for what she saw, 30 years ago, as impolitic sexual explicitness. “Inch-by-inch physical descriptions,” she wrote, “are the ketchup of literary cuisine, only required by the insipid dish or by the diner without a palate.”

Or by humans of all stripes shrieking to communicate, because the arousal of the moment is all they know to honor.