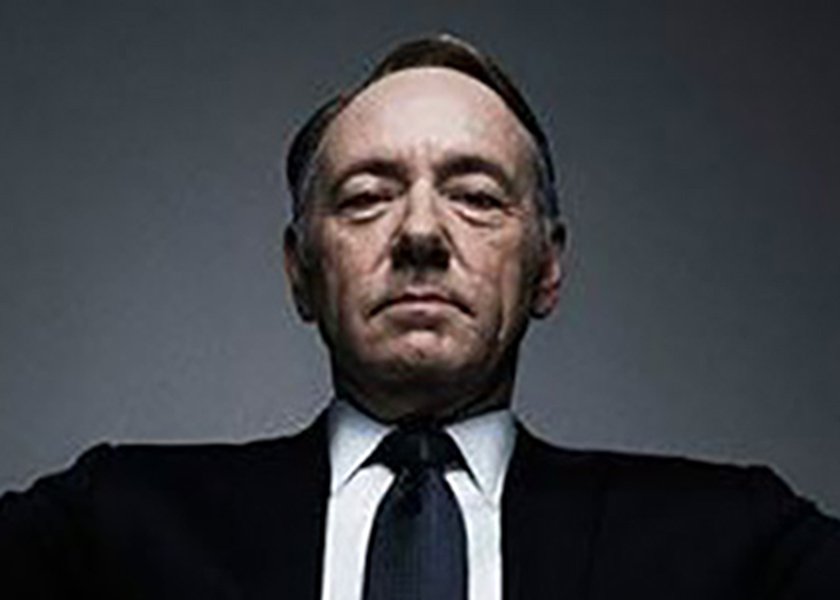 Not all Frank Underwood methods are fictional.... and the house of cards is all around.
A

not especially subtle American president made a very shrewd move the other day. Breaking from his immoveable optimism about what he’d previously considered a second-rate virus, he owned up that it was indeed a nasty little adversary. So nasty, in fact, that it might kill up to 250,000 Americans. Be strong, be alert, be prepared.

What, you ask, is shrewd about that, in particular if you deplore (if not revile) this real estate mogul turned entertainer turned candidate — and reviled he is in places like New York City and Los Angeles.

What other nation harps on the phrase, “We’re No.1” and applies the jargon of first-ness with earnestness to spare?

He cited a number.

He didn’t choose rhetoric, which might have referred to “untold” casualties or “far too many losses,” or applied the eloquent but useless “an unimaginable number.”

No, this boardroom president got straight to it, and did so even if deep down he knows state lockdowns are causing irreparable harm to the economy he’s taken credit for bolstering.

The specifics regarding numbers matter because American culture is obsessed with cellular function at the core of capitalism, which, like sports, hinges on wins and losses, advances and reversals, earnings and rates. What other nation harps on the phrase “We’re No.1” and earnestly promotes its first-ness?

Americans don’t just read sports scores or stock market numbers, they sift through them as ancients did through entrails, expressing satisfaction or alarm at what they see and feel.

The game of baseball is explicated through an intricate network of statistics that taken together provide a snapshot of any given game. The holy baseball “box score” has been an American fixture for a century (and baseball is on virus leave, making other numerical references all the more precocious).

Therefore, when this not-entirely-beloved president said 250,000, all gasped and suddenly took the encroachment of the virus far more seriously, doing all matter of mental arithmetic regarding what such a number might mean. The president’s critics of course insisted he’d botched everything from the start — posing as blameless while refusing medical recommendations, and stubbornly resisting lockdowns as tantamount to a self-inflicted gunshot that might add fuel to the bonfire by savaging both human and commercial enterprise. Some of the criticism was (and is) warranted, though this is a crisis like none before it, in which choosing between the lesser of evils may one day be necessary.

Yet these critics, as ferocious as they now appear, might be compelled to eventually rethink the president’s gamesmanship depending on the outcome of the next 100 days.

If, in time, the official U.S. death tally falls short of the president’s worst-case number (debate the accuracy of the counting process all you want), he will have many grateful folk, his folk, thanking him for having chosen to spit out that awful figure. He will be seen as having beaten the odds. If the number falls well short of the worst case — though rising daily, it has yet to reach a tenth of 250,000 — he will be embraced by those who elected him as a maverick and a prophet who bluffed a virus and made it blink. If he can do such a thing to a malady, why not imagine he can rebuild the economy, his point of pride, as well?

There is no understating the power of numbers when combat is involved, and sports is benign combat. Most every American contest has a point spread, based on who is likely to win and by how much. In betting, the underdog is asked to beat that spread, losing by less than was guessed, or even winning.

The president essentially announced a wickedly wide spread, favoring the virus while hoping for a lesser number, a number closer to 100,000, which he has cited as an “acceptable” figure. If in fact the underdog keeps the reaper to 55,000 (the number of American soldiers killed in Vietnam) the president will have entered jackpot land. A lower number of dead will be perceived as triumph, canceling out the dread of 250,000 (the number of American soldiers dead in World War II). The virus-slayer will have his day, at least in some circles.

None of this concerns medicine or even saving lives, but perception.

This is, after all, an election year, and as gruff, amoral, and ornery as he can be, the president has yet to alienate those who went his way in 2016. Irrational and spontaneous, he does things his way, uniquely so, a reflection of narcissism, blind trust in his own intuition, and is resentful of advice from anyone who has ever criticized him. Just what makes him tick remains anyone’s riddle.

If in the coming weeks and months, this clever virus is held somewhat more at bay than anyone believed possible, the blunter but equally clever president will come out a winning underdog. It’s a case in which not being more of a gambler than a professional politician actually assists the image of the politician-in-chief.

If the numbers go against him and the deaths soar beyond all expectations, he’ll face a firestorm of backlash that will carry over into doubts about fixing the ruined economy.

As things stand now, though, the president can continue to appear daily in his White House Rose Garden, bashing detractors while keeping his fingers crossed behind his back, praying that numbers over which he has no control remain on his side.

The next move belongs to the virus, now locked in a chess match with a fearless or foolish president who, Frank Underwood-style, hates his opponents’ guts, but unlike the fictional Underwood, can’t exterminate it.