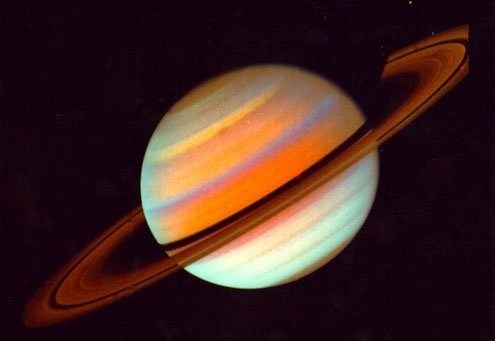 The universe counts time in light. Time doesn’t go forward with the ticking of a clock, but with the oscillation of light waves. Light travels at 186,000 miles per second, and if we could travel that fast, we would find that light still escaped us at 186,000 miles per second. It sounds silly, but the truth is often silly. The truth is often so terrifyingly foreign that we look away from it; we cling to ideas that are familiar. Looking into the future or into the unknown is like looking into a dark room, so dark that you aren’t even sure there is solid ground beyond the door. Stepping into that darkness means risking a fall.

If we could catch up with the speed of light all would be darkness. The reflection of light creates every image that our minds have ever conceived of. Even the most fantastic science fiction novels, even the most far-fetched scientific hypotheses, are all based on observation.

Our minds aren’t able to conceive of things that our eyes have not seen. Imagine, for example, a color that you have never seen, or an animal that has never existed. The color you imagine will fall somewhere in the spectrum of light, and the animal will have some characteristics of earthly animals. Does it have one leg, or no legs, does it run on its hair, swim backwards? Maybe it skips or rolls, or crawls on its teeth. But if you can vocalize the images in your mind, that means there are words to describe your idea, and if there are words in our vocabulary to describe it that means it exists.

Now imagine that you are traveling at the speed of light. Maybe you are sitting at the front of a wave of light, and you are holding a mirror up to your face. Because the light never reaches the mirror, your reflection never appears on the glass. You do not exist. Nothing exists at the speed of light. Existence is born of light bouncing off of objects.

So what could be scarier than light not always moving away from us at the speed of light? If suddenly the Earth began to spin at the speed of light around the sun, and let’s say that there were no consequences of that change in speed but one, that all would be darkness. Light could no longer catch us, and we would be nothing more than shadows in a world whose existence could no longer be verified by observation.

But we have no reason to fear an endless darkness; light is the one constant in the universe. No matter where you are, the behavior of light will be familiar to you. Time may slow, matter may rearrange itself into unfamiliar forms, but light will reflect and create worlds to observe.

I wondered about all of this while staring up at the stars in the mountains. Long after everyone else was asleep I saw Saturn and knew that without light Saturn would not exist for me. I saw the constellation of Leo and knew that between those stars, far out in space, there was a cluster of galaxies.

I thought that if light’s speed weren’t constant, then night wouldn’t exist. Every black pixel of the night sky has a point of light that is waiting to reveal itself to us. If we could see all of the points of light in the sky, then the sky would be white, for points of light in the form of galaxies and stars are all around us. It’s just that most of the light is so far away it hasn’t had time yet to reach Earth. Luckily, 15 billion years hasn’t been time enough.

— The author has gone from being a waitress and teacher in Rome to working as a theoretician at Michigan State University’s Physical Chemistry department, studying the behavior of light escaping the oldest visible stars in the galaxy, white dwarfs. She is also working on a guide to the night sky at East Lansing’s Abrams Planetarium.