Wiring up the plot 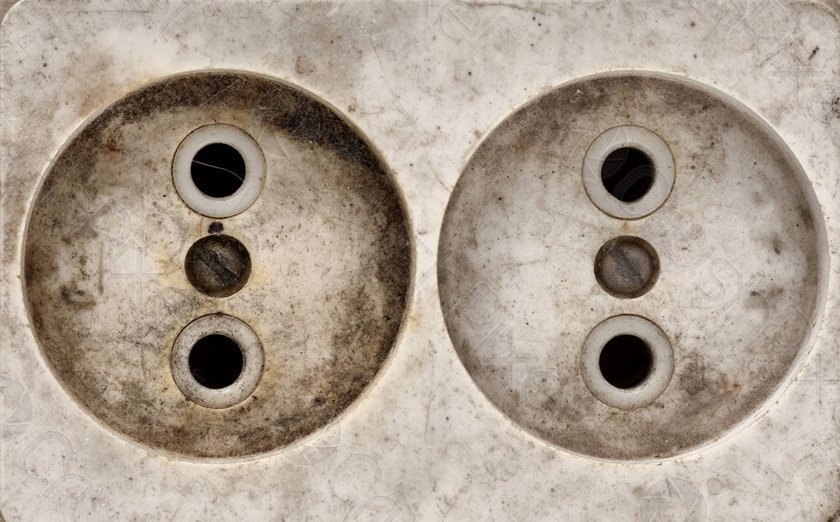 From the Italian perspective, someone or something mysterious (the "Illuminati?") is forever messing with the world's lighting.
M

y favorite COVID conspiracy theory comes from my electrician, Carlo, who was here the other day patching up some rogue wires. Italy lives for such theories and even has a word, dietrismo, which hints at the relentless presence of puppet-masters whose sole task it is to make the world go round for good or for bad, like the capricious gods of per-Christian pantheons.

Carlo is only high-school educated but whip smart. He understands appliances better than they understand themselves and even sees digital control panels as an effort by corporations to limit human control over devices, on the pretext of making them easier to manage and able to do more things. “The mechanical is man, which means any smart man can fix it,” he says. “The digital is a world unto itself that crushes the mechanical and means men cannot fix whatever goes wrong. They must call an expert who must order a tiny part.” For him, the new plethora of digital devices is all quite wonderful (he likes watching videos on his phone), but still a form of bait that mankind has swallowed hook, line, and sinker. “Ah, Winner,” he tells me, “you should be lucky you are not one of the fish.” This he says because I do not own a smartphone.

Like many Italians, he was never satisfied with the official version of the JFK assassination, in fact a union-Mafia conspiracy lubricated by shadowy inner overlords. The 9/11 attacks were in his view an inside job based on global oil needs, with the terrorists as puppets of various intelligence services.

But Carlo is an eclectic conspiracy monger. Yes, he delighted in Dan Brown’s “The Da Vinci Code,” which conjured up a cabal of “Illuminati” deciding the fate of the planet, its citizens and democracies mere patsies. At the same time he actually read the Italian version of David Riesman’s 195o “The Lonely Crowd,” a seminal collection of sociological tracts that together cast doubt on the American middle class mantra that increasingly linked moral worth to the acquisition and showing off of material goods, a concept that would later come to be called conspicuous consumption. In big cities “outer-directed” personalities busied themselves with work for which their only compensation was the ability to buy the items universally accepted as being badges of proper citizenship. It was called “keeping up with the Joneses,” and perceived as the and benign engine of capitalism.

But those unable or unwilling to mine satisfaction or build self-esteem from this method were in deep trouble — witness J.D. Salinger’s fictional Holden Caulfield, a fictional rebel without a cause whose embedded skepticism resembles real characters seven decades on.

Metropolis throngs appeared as a mighty crowd, as unified, but underneath lay fissures and fractures and doubt, the sum of which was loneliness (“The Lonely Crowd” and “Catcher in the Rye” not-so-coincidentally came out at about the same time, during the nuclear-peril decade, labeled as “the age of anxiety,” though the anxiety itself persists).

With the 21st-century advent of social media and virtual relationships, this concept of the lonely crowd only grows vaster. Unifying bonds are even more abstract, with people coming and going as ghosts. Virtual connection ironically deepens isolation because virtual relationships cannot be counted on. They might fray. Or those in apparently intense relationships might undergo a sudden change of heart and move on, leaving sudden new voids.

Hundreds of millions of the proudly “outer-directed” have accepted the difficulty of building self-esteem in such an uncertain environment and turned to therapists and anti-depressants to act as buffers, much as their forerunners fell back on bars and alcohol.

But these kinds of associations are not exactly the stuff of fixing short circuits in Rome.

Carlo sees digital control panels as an effort by corporations to limit human control over devices.

Go find an electrician who can mix Dan Brown and Riesman seamlessly without shorting any intellectual circuits.

This leads him to COVID, which he accepts as a medical reality in the same way he accepts 9/11 occurred. But all else is up for grabs.

Who, he asks, stood to benefit from the paralysis wrought by the last 18 months? Governments and political parties? Nonsense. Drug companies? Maybe, but just a little, since monies earned from developing a vaccine have been modest, with millions of doses given free, and even discounted to some nations. No one business stood to grow in leaps and bounds, as is often the case in a war, with weapons-making and attacking machines a hot ticket.

Carlo’s going plot is far more insidious, and concerns the aims and goals of the tech industry, not all of them clear or fully articulated but present nonetheless. Did I remember when, decades ago, Bill Gates had spoken of hand-held devices that would rule daily life, making it simple, all the more so because harvested data would open a window into personal desires and choices?

This seemed to me a tune-up for a Gates bashing, but no, Carlo sidestepped that.

“You see, because of this virus and all the fear surrounding it people have been pushed into a corner, some willingly, others troubled but silent, and in that corner they are essentially alone to communicate with the world through their devices. It is the devices that have won. This is the change to our existence, that we will all now willingly capitulate to all the things devices do for us, and think less for ourselves, set aside resourcefulness, put aside the human because the device can do most of the work, as well as give suggestions. This is what the virus has done. It was not created to do this, but this is the result. The relationship between people face-to-face is now a little scary because, well, you may get sick, you may die, you may be exposed, so do you really want to go out? Must you? Do you have to travel? My son and daughter have basically spent the last year on their phones, my wife also, and me too. This is the plot.”

For Carlo, the digital world, already rampant, has more than seized a golden opportunity to make itself into the benchmark for all human and transactional relationships. Human contact will feel less necessary and remain imbued with a sense of worry, an inner sense of possible peril at the hands of strangers, much the way the medieval wayfarer could never know if those he encountered on the road to the city were kind folk or brigands. This “forward” progress into a life based on wholesale loyalty and deference to the absolutes of data, the newly-sacred equivalent of truth, has a leaden feel, like moats of yore raised quick and high in an often futile effort to vex enemies and plagues alike.

That’s what the virus has done. It has electrocuted common sense, putting everyone in the hands of their devices.

“It’s not that Bill Gates did all this with a magic wand,” adds Carlo. “The circumstances were right,” and then — behold the magic word — “they,” loro in Italian, the 21st-century “Illuminati” did the rest, “and now more than ever they will know all there is to know about you, and explain it had to be this way because otherwise we’d all die.”

Is Carlo a COVID denier? No. He worked to rewire the ICU of a packed Rome hospital last fall and most were full of patients desperately ill from the virus. Yet he tosses in caveats. “Most of the people there were very, very old; I saw them, skin and bones. In another ward, much larger, were the less sick and many of them were discharged. I saw this happen. That job took five days and lots of sick people came and went. This was not the news my wife saw on TV, with just coffins and red numbers.”

Carlo has said all this while squatting to take apart my defective plug, to then replace the fuse box, which had shorted. “I’m sure you could probably go online and ask Google what to do with a short, and it might well guide you through some steps. You might also electrocute yourself. That’s what the virus has done. It has electrocuted common sense and put everyone in the ‘safe’ hands of their devices, which can do them no harm, and may even guide them to the Promised Land, wherever that is.”

He’s finished now. I’ve paid him and he’s at the door. I tell him some see the virus as a blessing: they can now turn away from Riesman’s rat race and enjoy the fruits of a less stressful life.

“There are just as many rats at home, and just as much stress, trust me.” To this I say nothing and we shake hands, both of us still un-vaccinated, both without masks, and get on with our ultimately mortal lives.