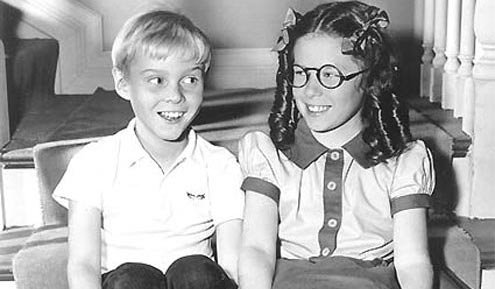 A world blown apart.
I

n 1964, Berlin-born Barbara “Babette” March posed on a Mexican beach for Sports Illustrated magazine wearing perhaps the least revealing bikini in history. Until about 1970, the winter months lacked substantive sports news, with football ending December and baseball beginning only in April. Between these poles lay a no man’s land that SI sought to fill, finally settling on girls and beaches. It was clear from the start that SI’s male, middle-aged senior staff saw the project as comic relief from “real” journalism. The headline beside Babette’s belly read, “A Skin Divers Guide to the Caribbean.”

Innocent enough in 1964, when even Hugh Hefner’s Playboy was only a timid porthole into pornography, the March cover saw Babette receive thousands of letters from men seeking dates or marriage. Interviewed 25 years later she reluctantly admitted that she probably looked “all right” in a bathing suit.

But the Swimsuit Issue caught on, winning sponsorship and gradually transforming itself into a lucrative annual event (Babette’s 1965 successor, Sue Peterson, wore a black semi-one piece). As mores changed, so did model posturing, which by the late 1980s turned openly provocative. About the same time, women’s rights groups began denouncing the covers as exploitative, setting up an annual pattern.

In 2002, the National Organization for Women (NOW) called that year’s issue “a catalogue of sexism, objectification” that demonstrated “the way women’s bodies are sold and traded like products or currency.” Like other such groups, it urged a letter-writing campaign. “Tell them that the Swimsuit Issue promotes the harmful and dehumanizing concept that women are a product for male consumption.”

Over the years a confederation of unlikely bedfellows — women, parents, librarians and concerned Christians — canceled their SI subscriptions, though the numbers were inconsequential. In 2007, the struggling magazine even offered subscribers a one-issue credit if they preferred not to receive the pictorial.

But digital age change has mooted the debate. Time, which publishes SI, has slashed print staff to offset ad revenue losses. Like many other American publications, SI has turned to delivering a wild mix of breaking news, online videos and insider gossip intended to make intimacy more familiar.

Content is dictated by what “trends,” basically an hourly chronicling of passing fancies. Urban urges that mimic the Roman Empire (pre-fall), the Roaring Twenties (pre-Depression) and Weimar (pre-Nazism) have transformed the swimsuit issue into the storied magazine’s final cash cow and the last piece of its pop culture “relevance” (another postmodern buzzword).

This year’s model is a 19-year-old “woman” named Kate Upton who “graces” SI’s cover mostly thanks to the self-styled voodoo of web videos. Online buzz is the media’s irresistible nectar. Hotness and hard work can land you on a very public 21st-century casting couch.

Upton is naked enough that any mail she receives won’t be about dates, at least not those scripted for Babette. Prettiness and flirtation are off message. Fantasy intercourse isn’t, with public arousal and self-mockery stitched into a norm that includes selling teen confessions for their near-comic shock value. “I always had boob envy,” Upton told Vanity Fair, which played to its name. “And when finally I went through my growth spurt, and they appeared … I just… I loved them.”

Forget the days when Bogart and Bacall burned verbal double-entendre insinuations into celluloid. Forget pin-ups. The teasing, half-shuttered society that yielded beach blanket Babette is long gone (though TV’s “Mad Men” still celebrates it). So is the tongue-and-cheek dimension that reined in detailed mention of “growth spurts” — not so much for religious or moral reasons but because the secular makers of “In God We Trust” America knew that excusing sexuality from enlightened censorship would blow apart the engineered teen innocence that imposed a half-decade buffer between puberty and full-fledged libidinal awakening, timed to coincide with late high school.

Shred the “Leave it to Beaver”/”Dennis the Menace” rope bridge and carnal expectations would make biological landfall at around age 10, placing immediate demands on a besieged and impressionable pubescent generation eager for peer approval and disdainful of any separation between impulse and intimacy. Hormonal urges would flourish outside traditional restraining mechanisms, ruining personal privacy and defining maturity only in terms of physical desirability and the attainment of hoped-for celebrity and its financial rewards.

More problematic was the wholesale sexualizing of culture, which risked shoving accomplished adults away from the rites and values that formed them toward gratifications absent during their own adolescence. What made the scenario especially unnerving (to conservative Christians and First Amendment liberals alike) was its potential to permanently unseat egalitarian sexuality’s humanizing duet — banter and innuendo — which in turn formed the backbone of flirtation and the narrative of courtship.

Carnal knowledge now kicks in earlier, with young men and women exposed to its unruly and awkward potency long before puberty. The tribal preening and slut-mongering that 1950s sitcoms locked up in favor of a make-believe (but feasible) version of teen life has been forsaken by adults whose grandparents concocted and perpetuated that fiction to keep the big bad world from coming up so fast and hurting so much — and also to instill discipline among suddenly swollen boys, some smart, some less so, but all of them wired to forage for orifices, and now mostly uninterested in flirting.

So then, with all that in mind but without further ado: boys and girls, ladies and gentlemen, skin divers of the 2.1 Caribbean, feast your eyes on the divine Ms. Upton, a body of proof less in keeping with innocence lost than innocence mocked.