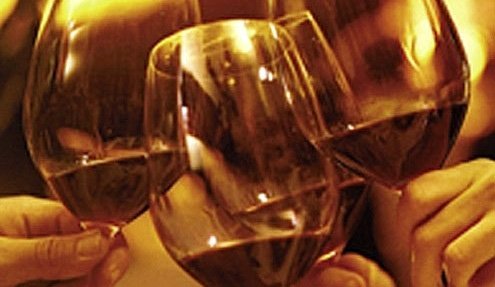 Cover the wine labels, number the bottles, pour for some friends, and discuss the different tastes.
T

he first question mailed to me at Pane al Vino wasn’t difficult to answer. “Is this working now?” the system administrator wrote me last year. Yes, it works, and since then it’s brought several tougher-to-answer and far more interesting questions.

The result? Pane al Vino’s first column based on questions from readers.

The fine print: I’ve combined some questions that touch on similar topics, and edited a couple for brevity or to make them more universal. If you wrote with a question that wasn’t answered here, it may still be addressed in a future column.

That said, let’s get started:

Is it true that all wine gets better with age?

No. Almost all wine is meant to be opened right after being purchased. I can recall a handful of heartrending evenings featuring a thoughtful dinner host showing off a prized old bottle and proudly announcing he’d been holding on to it for 12 years (when it should have been consumed a decade earlier). Some wines are designed to age gracefully, it’s true, and those bottles usually feature a high price tag. But if you’re unsure, sooner is almost always a better time to buy than later.

What is the best way to store wine? And what can I do to maintain a partially empty bottle?

If you’ll be drinking a wine soon after buying it, you can store it almost any place — as long as it’s not in direct sunlight or next to the boiler. Longer than that, look for a cool and dark corner of the house, such as the bottom of a closet or under the bed.

Once a wine is opened, the equation becomes more complicated, because it’s contact with the air that can makes a wine taste sour. There are a variety of pumps and gases used to extract the air from a partially emptied bottle and they work fairly well with bottles that are mostly full. But lately I’ve started using the simplest trick of all: if I know I won’t finish a bottle I immediately pour half of it into a smaller half-bottle and put a cork in with as little air inside as possible. I then drink from the original bottle and save the smaller one for another day.

I’ve seen wines for sale for €100 or €200 or more, but I’ve never tasted one. What makes them so much better than lower-priced wines?

Price is as much the result of scarcity as of quality, which is a way of saying that a €100 bottle isn’t necessarily superior to the one next to it selling for €40, which may itself be inferior to a wine costing €15. But most truly great wines do cost a lot, simply because of the cost that goes into making them: the grapes must be carefully tended, the fermentation closely monitored and controlled, and they are often aged for long periods in expensive oak barrels.

Unless there is some unusual price anomaly, is a €100 wine likely to be better than a bottle that costs €25? Yes, but it’s unlikely to be four times better. There are incremental increases in quality, and higher-priced bottles are destined for those with deep pockets and (hopefully) an appreciation for a slightly more refined wine. But I’ve always believed that a little knowledge can help focus on undervalued wines — and I hope Pane al Vino reflects that.

Does the shape, color, and size of a bottle have anything to do with the quality of the wine?

Not much. Darker colored glass filters out more light before it reaches the wine, and various shapes are easier to store or handle. Some shapes are traditional in certain regions — wines from the Piedmont have sloping shoulders, for example, while most southern Italian wines have high shoulders. But none of that directly reflects quality.

Size is sometimes a different story. All things being equal, the same wine in a larger bottle ages slower and more gracefully than its smaller cousin. I also think bigger bottles are a lot more fun to open at a dinner party!

How do I get invited to one of the wine tastings you’ve mentioned in the column?

If you live in Rome — you never know. But it may be more fun to host your own blind tasting. Cover the wine labels, number the bottles, pour for some friends, and discuss the different tastes before revealing which wine is which. It’s a great way to figure out what you really think about wines without subconsciously taking the price and reputation into account. Choose a theme: a specific grape or region, for example, or wines from a certain vintage. Enjoy the evening.