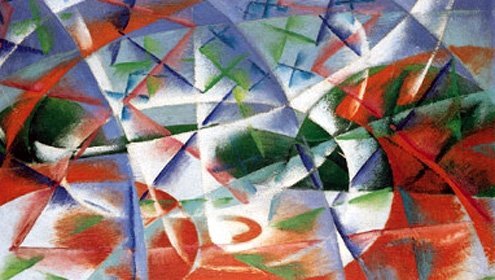 hen it’s about a girl the air vanishes fast. She’s with the wrong man. Which is to say not with you. These things pass, they say. Lighten up, they say. But no ever one tells you who “they” are.

They girl and the man whisper, her mouth in his lavish hair, acres of wine between them. A strap slips loose. He fixes it, staining it red. She laughs.

Kerry and Osama bin Laden are the topics. Why now, I wonder. I look at the girl, a name heavy on consonants. Something like shhh. I remember that. From a night of promises.

“Look,” he says, “I have better music.” He waves dismissively at the speakers and holds up a mobile phone the size of lozenge. “How I get the news is this way,” he says, showing a tiny display with the words: “Bin Laden denucia…” and I can’t make out the rest.

The girl is laughing now.

“It’s the end of the world in Western civilizations,” says one singer. “Mr. Sandman, bring us a dream,” says another.

When I met her for the first time the country was still called South-West Africa. Took her to an embassy reception on election night 1980. She tossed her hair and we danced.

“She may get love, but she won’t get mine,” says the singer.

Bin Laden’s a smart guy, says a balding man who holds his sherry in the wrong kind of glass. I’m a “medium consultant,” he says, lifting his glass. “Medium” not “media,” but he doesn’t care. “Let’s toast.” We do.

The girl is laughing, dabbing at the stain.

Then: “If you feel like giving me a lifetime of devotion.”

Then: “Treat me like you did the night before.“

“Old music!” shouts the “medium consultant,” staring the girl, who plays with his cheeks.

“So, who will win the election?” asks an accountant from Palermo. He says he once raced cars.

An American, in Italy, is the answer man — or the man on the receiving end of questions.

He says, “They will fix it so that Bush wins. You’ll see.”

I say, “It never happened before.”

He says, “Did you hear about bin Laden?”

The group is laughing in many languages.

We saw each other again in the Paris Metro in 1984. Another election year. I hadn’t forgotten her but she had me, or nearly: “I don’t remember much,” she said. “Did we dance?”

The “medium consultant” speaks up: “Do you remember what Pascal said about the world?”

But he can’t finish. His palm vibrates. It’s the phone.

“Double-helix in the sky blue night,” says the singer.

The man with the girl looks up, and I finally lock him in.

He says, “We should be afraid,” and laughs.

Now, he looks at me.

“You are funny,” he says, and laughs harder, drunk.

The man with the sherry flinches, adjusting his lozenge phone. NEWS FLASH! he shouts. FLASH sounds like FLESH.

He points directly at the girl: “Bin Laden wants you to know you’re with the wrong man,” he says.

“If I needed someone,” says the singer.

The girl giggles, “Is that the dead Beatle?”

“Be happy,” the girl tells me, breathing softly through the wine. “Tonight is fun.”

She is still dabbing at the stain. “You’re too serious!”

“You took a pretty picture and you smashed it into bits,” says the singer.

And they say these things go away.