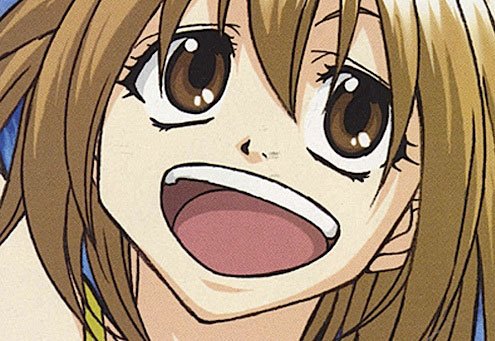 He turned two good-looking women into something out of “The Stepford Wives,” with eerily toothy smiles.
I

haven’t seen a great deal of my husband lately. He’s been rather disgruntedly spending two hours each evening attending classes to improve his driving and his knowledge of the highway code. Not that he wanted to of course. But it was the only way he could desperately redeem a few points on his driver’s license, which he was getting perilously close to losing altogether.

His usual strategy when he collects points for speeding or other infractions is to “donate” them to his long-suffering sister, who then dutifully files a report saying she was driving. He once asked me if I’d take some too, but I gave him an unprintable answer. My sister-in-law has finally seen the light too, and told him — basta!

Hence the evening classes, a typically Italian invention if ever there was one. It goes something like this. You pay €200 and attend a course for six days, ostensibly learning how not to repeat your driving misdemeanors. When it’s over, you get six of the 20 points back on your license as a prize. It’s a bit like the condoni (amnesties) that Italian governments drag out from time to time, letting people who have blatantly flouted planning regulations off the hook if they pay a fat fee and promise never to do it again.

To my non-Italian, non-Catholic way of thinking, it’s also a bit like going to the confessional, and being given forgiveness in exchange for a few Hail Mary’s. To be honest, it doesn’t sound as if the driving course has done much to rehabilitate my husband’s road behavior. Aside from a couple of others in a similar plight to his own, the sessions were mainly attended by assorted Albanians trying to get their Italian driver’s license. Most of them were more or less straight off the boat, so the level of instruction was fairly basic. And when the clearly bored instructor had had enough, he let everyone go home early, so long as they signed a chit to say they had done their stint.

This was in Spoleto, where everything goes by the book. Of course, had my Neapolitan husband still been living in his home town, he would have had a much easier time of it. There, you still have to pay for the course, but you don’t actually have to attend it — a very Neapolitan nicety and all part and parcel of an approach which has been honed to perfection there. It’s the same system which allows people to get a driver’s license without actually passing their test. And which will enable my husband’s cousin to get a seafarer’s license for a business contact of his, so that this man can sail his yacht, even though he hasn’t attended the courses which teach you how to navigate and avoid dangerous rocks.

But even these pale into insignificance in comparison with the case of another of my husband’s cousins, who was married to a dentist. At least, that’s what he called himself. Except that he wasn’t really, because he had never passed his exams. To be fair, he did actually try a couple of times, but he kept flunking them, so in the end he just gave up and opened a surgery anyway. I’m using the past tense, not because he is no longer practicing. To the best of my knowledge he is. But I thankfully no longer have to bump into him, which is a great relief as he had the unpleasant habit of eating with his mouth open, and I always seemed to find myself opposite him at family gatherings. It was rather like sitting opposite a washing machine.

He had an affair with a woman who is clearly less sensitive to such habits, and his wife very wisely gave him his marching orders. Not before, alas, he had plied his trade in the mouths of both my mother-in-law and her twin sister. They were very happy to go to him, because he charged so much less than other dentists. But I had to stifle a horrified gasp when I saw them soon after the last of their several sessions in his chair. You could see why he had failed his exams — he really wasn’t very good at it.

In fact, he had made the most horrible mess, turning both of these good-looking women into something out of “The Stepford Wives,” with eerily toothy smiles.

Soon afterward, my husband began having problems with his teeth and announced he intended to seek out the faux-dentist because he was bound to be cheaper. I dug in my heels and insisted he go to a real one. We may be slightly worse off as a result, but at least I don’t have to worry when he smiles.