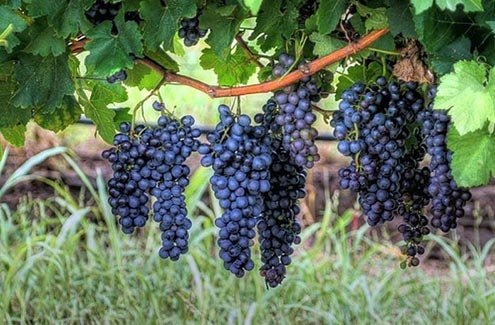 These questions were on my mind when I decided to take a look at wine data from the Italian agriculture ministry and the USDA (the U.S. department of agriculture). The result wasn’t what I expected. In fact, it produced a paradox.

On the Italian side, domestic consumption is down, so much so that producers openly talk about “freeze” in demand (average consumption per capita is about 46 liters per year per person, less than half of what it was in the 1950s). At the same time, Italian wine is booming. Last year, Italy surpassed France in wine exports, marking a historic moment (Italy’s 49.6 million hectoliters compared to France’s 46.2 million).

Though the U.S. market has always been friendly to Italian wines, USDA figures for 2011 are truly impressive: $1.380 billion in wine and wine-related products, up from the previous year despite the crisis.

Why the trend? Simple, at least to me: Italy delivers an array of quality affordable wines. It also tends to discover and sell less well-known wines that turn out to be superior, a huge advantage in marketing terms.

All this led me to think about Sagrantino di Montefalco, an Umbrian red.

I dine out often in Rome with American friends and many rave about the wine. A visit to Montefalco-based Colpetrone, the Umbrian winery that produces Sagrantino and has well-established roots abroad, confirmed the trend. They export between 70 and 75 percent of their wine, with 50 percent bound for the United States.

Their flagship is “Gold” Montefalco Sagrantino DOCG, which I tried and liked in 2006. But it runs €50. I might opt instead for Montefalco Sagrantino DOCG, which runs about €20 and remains a fine wine. I have my doubts when a company puts “Gold’ in front of a name. It seems too much like export marketing ploy (even if the wine is produced in the historic Santa Maria del Fico and San Marco vineyards, and only in select years).

Though I knew Sagrantino had its overseas fans, I never imagined the extent of its popularity. The follow-up question was why?

Sagrantino di Montefalco DOCG is a red on the rise in a region that’s long hosted well-known whites (including a range of Orvieto wines). Sagrantino is vinified using pure local grapes and aged 30 months, with at least 12 in the barrel. This yields a deep ruby red with violet hues that turns garnet with age. The wine is known for its great tannins.

It’s no surprise to me that Americans like it, since they tend toward so-called “Big Wine,” those with great body-structure, “important” tannin, and aged in French oak barrels. Sagrantino fits the bill on all three counts.

It also has a passito (sweet wine) version because the grapes tend to accumulate sugars and grape clusters are particularly suitable to withering (appassimento means either leaving the grapes to raisin on the vine or picking and then drying them).

Settled for three millennia, the town of Montefalco (population 6,000) is located near Perugia, and some tourists have long been calling Umbria the “new Tuscany.” Other major producers including Arnaldo Caprai, Lungarotti, and Antonelli are hard at work here, and all are present on the U.S. market.

The origin of the grape itself is uncertain, though some say it evolved from “Itriola,” first described by Roman naturalist and philosopher Pliny the Elder in his second-century “Naturalis Historia.” Others say it originated in Spain or Greece. Italian Franciscan monks cultivated the wine in the 14th and 15th-centuries, using the passito as a sacramental wine (Sagrantino may derive from the Italian word sacramenti, or possibly from the Latin sacer, which means priest).

The wine even has a pasta connection: pappardelle al Sagrantino, which sees half-a-glass of Sagrantino mixed with the egg and flour to help create an unusual-looking noodle.

In general, the wine goes well with both pasta and meat dishes, though meat, and boar in particular, is its traditional companion, and its best. Sagrantino immediately makes me think of wild boar ragù with homemade pasta, or maybe a polenta dish. I also like it with beef or lamb, so long as the meats are well-seasoned and finely cooked (as in braised beef or lamb stew).

Again, the American connection makes sense. Americans love grilled meat and strong sauces such as gravy, BBQ sauce and Worcester. I’m not sure if meats with these sauces are a perfect fit with Sagrantino, but it’s certainly worth a try. Next time I’m in the States I’d like to paid it with bison meat.

Sagrantino begs strong flavors and structured foods. Even the passito goes best with heavy cake or chocolate fudge. Or maybe with a brownie. Who needs milk!

My recommendations (based on Italian domestic pricing and subject to change):