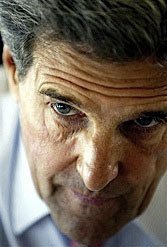 irst, and this is essential, let’s talk about what went right. Nearly 110 million people voted, an impressive sum in the complex history of democracy. Though as-ever fragile and sometimes flawed, the tally was not marred by social unrest or notable fraud. Snarling by one side toward the other simmered but did not boil over. The speeches by both candidates, in defeat and victory, were gracious and conciliatory (a rarity in most European parliamentary contests, where proportionality begs insult to compensate for the vagueness of results.) After the most onerous election in recent memory, America got back to work, and that industry saw supporters of John Kerry toiling unhappily alongside those of George W. Bush.

Americans will consider this fairly normal. It isn’t. Few modern states possess the resilience to absorb internal fractures and carry on. Few incorporate disagreement so effectively. Few are confident enough of their population to dismiss worry about losers dismantling the system to quench bitter disappointment.

The peril for the defeated lies in misreading Bush’s victory into one belonging only to the machinations of political operatives. Instead, the result belongs wholly to Americans and reflects rival assessments of social and political values, the most productive enmity a democracy can put forward and nourish. As deplorable as the promulgators of Christian conservatism may be to the progressive center and left, and vice versa, neither side ignored the other’s right to redress. Had John Kerry won, elation would have engulfed major cities, and gloom fallen upon parts of America’s midsection. But defeated Bush voters would not have renounced their American-ness. That has been the wrath of choice among Kerry backers, who choose to loathe their homeland in anorexic defense of unrealized hopes. That’s fine for a week. After, it’s self-indulgent, unproductive, and pessimistic.

For decades, not years, America has flirted with embracing leadership of the full-blooded Right. The narrow defeat of Hubert Humphrey by Richard Nixon in 1968, only months after the assassination of Martin Luther King and Bobby Kennedy, shattered the center as badly as Kerry’s did last week. Nixon, to liberals, was a walking hate-crime, a politician whose ascent vexed the basic undertow of the progressive 1960s; he was cold, conniving and well-managed. Nixon played hardball in the heartland, casting for and receiving for support among those he called the Silent Majority. And while Nixon had little real interest in Christianity, goodness or God, he pretended to convincingly. When he was re-elected in a 1972 landslide (despite some 50,000 dead in Vietnam), the liberal cause was at a terminus. Watergate then intervened, and the Democratic Party drew breath. Within four years Jimmy Carter, an obscure Georgia governor, became president. His compassionate interest in human rights represented what liberals had sought eight years before.

Bush is not Nixon. He is sincere, though his aides may not be. His demeanor is generally pleasant and assured. He is guided by values that are inimical to a secular democracy but nonetheless represent a broad section of the country, as this election proved. He is a simple man loyal to iambic pentameter, not free verse, which explains why a pre-emptive vision of solving the world’s problems suits him, and why it suits the tens of millions of non-urban Americans who see cities as a source of hedonism and disorder, and are tormented by the idea that the proliferation of choice will shatter rules of scripture and weaken the revived grasp of the state. Similar fervor swept American in the 1920s, when wealth produced resentment and consternation. It returned in the mid-1960s, which split the country between World War II veterans and teenagers who had no wish to fight. The response to the cruel and galvanizing presence of non-Christian enemies is the latest national bellwether.

Nixon manipulated fear of the new and untamed by pretending to coddle it; Bush, an unabashed reactionary, doesn’t need to pretend. He is regressive by training. He delights his conservative supporters the way Kerry played receptacle to liberal angst, though often uncomfortably. To claim Bush is merely a creation of his deputies, foremost Karl Rove, would have significance if he failed persuasively to inhabit his moral assurances. But he does live them, and his constituency (wickedly called his “base”) rewards him accordingly.

Those who prize science over faith are traumatized by Bush’s lowbrow vision of justice and his anti-Copernican view of America’s place on the global table. He would seem an easy enough figure to defeat. In this severely mistaken and mostly intellectual belief Kerry supporters were to some extent victimized by their own propaganda, convinced the Florida stain of 2000 was a nightmare from which they were entitled to awake. As the numbers showed, the bad dream afflicted mostly the coasts. Entitlement means little on a farm, which notices only hard labor, and America, interrupted by a metropolis here and there, remains an immense farm.

Liberals and centrists have two choices. They can dwell in an infantile zone that cheers tantrum and resignation, indulging and promoting aspects of each, or they can begin reckoning practically with ruling class they wish to defeat. The future matters only if it’s worth shaping, and if Democrats fail at that most primary task they will trivialize the spirit of labor and political enterprise that led from Nixon to Carter, Bush to Clinton, and Bush II, very nearly, to John Kerry.