Which Way to Napoli? 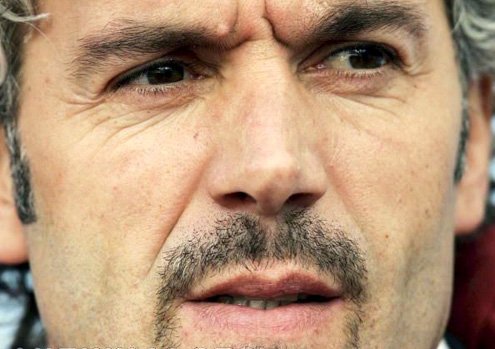 abio Cannavaro was smiling as ever, despite defeat. “Which way to Napoli?” he asked.

It was late in the 1990s, toward the end of the Serie A season, and the charismatic Neapolitan who would go on to become the 2006 World Player of the Year had pulled up next to me in his silver Mercedes sedan in the parking lot of Rome’s Stadio Olimpico. Parma, Cannavaro’s team at the time (and mine), had just lost to Roma. He just wanted to know the road home.

But I was upset. The defeat had confirmed what Parma fans back then always suspected: that no matter how many UEFA Cups or Italian Cups or European Super Cups or Cupcakes we won, we were never going to claim the Italian league title.

Still, I was happy to help my hero locate the autostrada — in Naples, he could rest and ponder how Parma could throw away another Serie A title. I pictured him lounging in his villa perched on the hill in the Posillipo district, sipping Greco di Tufo and nipping on an insalata caprese as he mapped out his next move. The R&R evidently worked. Cannavaro turned up winning solutions for club and country, ditching Parma for Juventus (and league titles) before going on to lead Italy to the 2006 World Cup title.

So the question now for Italian football, as it heads off on break to ponder another failure in the European championships, is: “Which way to Napoli?”

Which way to the future?

The answer does not include Roberto Donadoni.

Perhaps the most elegant winger of his time as a player, Donadoni was far from a proven coaching quantity when tapped to take charge of the Azzurri after their Berlin victory in July 2006. Which begs the question: Why did one of the shrewdest football federations in the world choose a beginning trainer (Genoa, Lecco, Livorno) to lead the campioni del mondo? The only answer I can think of is deeply Italian.

Donadoni was essentially hired to lose.

After riding their luck in Germany and cashing in their entire of wad of good Karma (key deposits made in Pasadena and Rotterdam), Italy had no more expectations for this soccer cycle. They knew they couldn’t repeat. Which is why none of Italy’s top coaches came running to replace Marcello Lippi.

The former Juve coach is now favored to return to the Azzurri helm. For Italy fans, that’s good news. But the cigar-chomping Tuscan will face a major rebuilding project, an enterprise that Donadoni didn’t even partly advance despite leading Italy out of the “Group of Death” and into the quarterfinals in Vienna.

Tactically and talent-wise, Italy has gone backward. Donadoni can’t be held responsible for Francesco Totti’s retirement from the national team, but his tactics were still abysmal. How could one of Italy’s greatest attacking midfielders ever send out four two-way players in De Rossi, Aquilani, Ambrosini, and Perrotta? From a player pool brimming with attacking talent, how could he build a team exclusively around Luca Toni — with the sole idea (besides disrupting the opponent’s attack) of crossing to the miserably off-form Bayern Munich striker and hoping for a miracle? How could he leave out Pippo Inzaghi, who whines annoyingly but remains a goal-scoring machine even at 34?

Fans around the world have long wondered why Italy, with so much offensive talent, plays so cynically, stuffing its midfield with piano movers while leaving its exquisite piano players on the bench — if not at home altogether. The answer is obvious: Italy wins that way. But it’s not so simple. Giovanni Trapattoni, Italianista par excellence, failed both at the World Cup and Euros employing vintage defensive tactics, like subbing off a striker to defend a 1-0 lead only to lose 2-1 (to South Korea in 2002).

The irony is that Italy’s greatest accomplishments since 1982 have come under coaches who removed a bolt or two from the rusty catenaccio. Arrigo Sacchi started it in 1994, but Italy reverted to type under Cesare Maldini, playing a desultory game at France ’98 despite boasting some of the game’s greatest attackers, including Roberto Baggio and Gianluca Zola. In 2000, Italy sprang to life again under Dino Zoff, who like Sacchi slightly loosened the reins and was unlucky to lose the final in extra time. Italy retreated again under Trapattoni, only to show what its talent is capable of when given a modicum of freedom (which Lippi gave it at the World Cup in Germany).

The next coach’s task will again be to break out of catenaccio.

It won’t be easy. Lippi’s 4-2-3-1 was unpredictable in attack with Totti a key creative force up the middle. He’s gone. Likewise, Pirlo is aging and Cannavaro likely to hang up his Italy boots soon. The Azzurri need replacements for their three best field players, no less. Can they find them?

They have them. De Rossi, while no Pirlo, is plenty capable of holding down the midfield. New Jersey-born Giuseppe Rossi is nearly ready to step into Totti’s cleats. But the leading Italian talent on the horizon reportedly still doesn’t have an Italian passport — though the Farnesina will no doubt be fast-tracking him for one.

Mario Balotelli, the Palermo-born Inter striker whose parents hail from Ghana, is only 18. But he’s big, strong, fast, and supremely talented with the ball. He is set to give Italy its first 21st-century center-forward, with the athletic abilities of Didier Drogba but the tactical wile of a ragazzo raised calcisticamente in Milano.

Balotelli would have bagged a few of those gilt-edged chances miffed by the lumbering Toni. All he needs is a dash of freedom — a little room to dream.

Which way to Napoli?