Where I come from 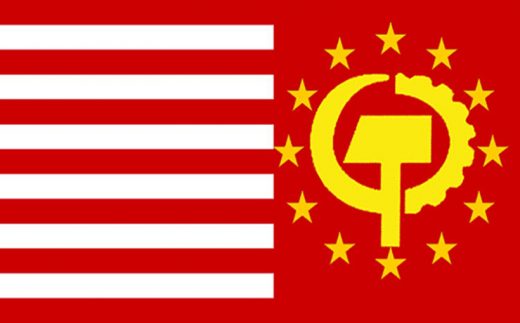 y stepfather Willis and my mother Becky were Communists. They met in 1952 when both sang madrigals in the California Labor School chorus. The school was a front for the Communist Party of the United States.

“Madrigals” wasn’t Party-speak for some fiendishly seditious activity. They were, and are, 16th century choral compositions that have nothing to do with communism. But chorusing was one of the innocent activities with which the Party hoped to lure unwary new cadre to its raddled bosom.

The hope was that brawny and sincere madrigal-loving stevedores wandering down Divisadero to Haight Street after work for a few shots of slivovitz would recognize the melody of Palestrina’s “Missa Papae Marcelli” wafting down from the second floor of the School, walk into the welcoming foyer, see the copy of V.I. Lenin’s “Materialism and Empirio-Criticism” laid casually but seductively on a side table, pick it up and read a few paragraphs about the ideological falsity of Logical Positivism, awaken, and vault up the stairs crying “Materialist monism, I knew it I knew it!” They would then sign up as still-unpolished but promising future commies. This of course happened all the time, as you can imagine.

I was six when Becky and Willis got together in 1953. My natural father (also a Party member) was in the wind. By the accepted definition, I was a “red-diaper baby.”

Everyone else at the Labor School was a Party member masquerading as an ordinary citizen, too. Except for the FBI informants…

Willis was a Party member and an upholsterer, which is to say a real live working-class Communist. This was a rare phenomenon. By 1953 or thereabouts, almost all the bona fide workers in the Party of the Working Class had quit in disgust. Many more, except for Willis and Becky, would quit after 1956, when Soviet Communist Party Chairman Nikita Khrushchev revealed the startling news that dearly departed Josef Stalin had not been the sweet and gentle guy whose barbarous policies Khrushchev himself had spent his political career applauding.

In Party parlance, Willis was a “Jimmy Higgins,” a grunt — a member who carried out directives of the educated elite of the Party leadership. One of his chores was delivering the Party newspaper.

So, as a kid in the mid-1950s, on weekends, I rode shotgun with Willis in his forest-green 1948 Studebaker, delivering the “People’s World” in plain beige wrapper to believers in the Potrero Hill, Mission, and Bernal Heights neighborhoods of San Francisco. I didn’t know we were doing Party scutwork. I still remember the views from the hills, the pretty pastel-painted Victorians sparkling in the sunshine. I was out for a ride in a car (a car!) with my new stepdad, touring the city. It was great. Willis wasn’t complaining either. He was content to be of humble service to the Revolution.

Unlike many communist parents, mine did not attempt to school me in the Party line. In fact, they never told me they were Party members. I figured it out, when I was 13, and asked my mother if it was true. And she told me yes, it was true, but it was a secret.

I went around the corner immediately to my best friend’s house and told him. He and I had an ongoing competition in various fields — chess, ping pong, basketball, violin, math —and in all of those things he outclassed me easily.

But communist parents! I had him there and I don’t think he ever forgave me for that. His parents were never going to be liberals, never mind communists. They were simple reactionary Taiwanese grocers.

The author pictured in 1965, before joining the Provisional Organizing Committee (POC).

I never did become a Party member myself. Not a member of that Party, anyway.

In due course, I rebelled (this was the 1960s, remember). The problem was that the usual avenues of rebellion were not possible. I couldn’t defy my parents by running away to faddish Haight-Ashbury, since that’s where we lived. Defy them by becoming a left-wing radical? That’s what they were.

I might have rebelled decisively by putting on a three-piece suit and tie and joining the Young Republicans for Barry Goldwater, the 1964 presidential nominee. But somehow, I just couldn’t.

Instead, I became a communist, but not my parents’ kind of communist. I joined a group called the Provisional Organizing Committee (POC) that had been expelled from my parents’ Party in 1958. The POC had been the extreme left wing of the Party.

I defied my parents by out-farther-Lefting them.

The POC was tiny to begin with, and got progressively smaller over time. But we disdained the practice of creating popular fronts, singing madrigals, trolling for new members, making ourselves acceptable to anyone less revolutionary than we were. That in fact was a point of pride. If anyone outside the POC had read our newspaper and agreed with us, we would have had to start wondering where we had gone wrong.

We get stronger by getting smaller, we said, as our membership shrank. By that logic, our power approached infinity even as we disappeared and were forgotten forever. One day, the world would cry out for non-existent heroes with limitless superpowers, and we would step forward, invisibly, set to lead the revolution again, and we would be ready.