When way of life comes first 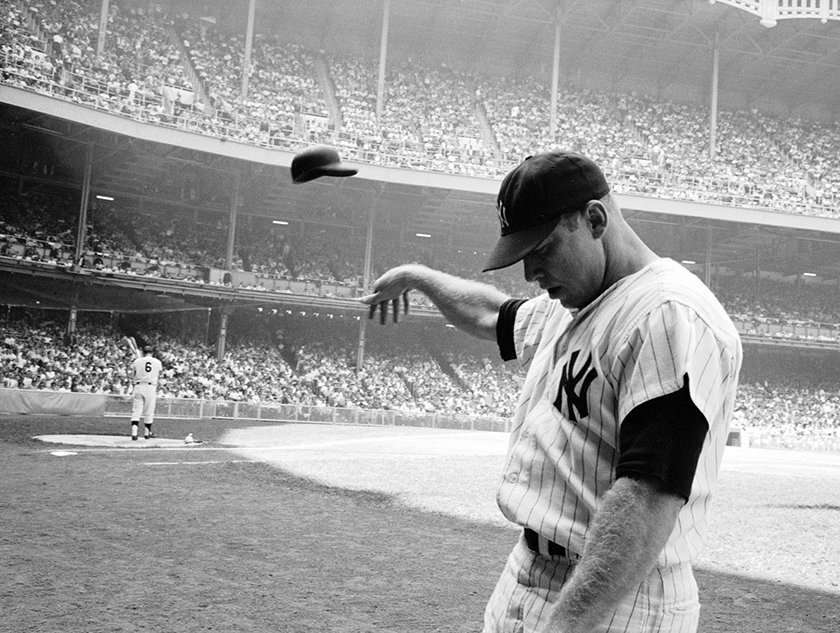 Mickey Mantle in 1967 at Yankee Stadium after striking out in the twilight of his fabled career.
T

rey Hollingsworth and Dan Patrick are not household names in the United States or elsewhere. Patrick, the 70-year-old lieutenant governor of Texas, shares a name with a popular sportswriter, while the 36-year-old Indiana congressman Hollingsworth could be a quarterback instead of a politician.

Patrick was born in Baltimore, Hollingsworth in Tennessee. Both are Republicans but little about their views is extreme. Patrick is a longstanding state politician, Hollingsworth a successful small-businessman who was elected in 2017. He opposed President Donald Trump’s massive weapons sale to Saudi Arabia and scorned the president’s barring military service to transgender citizens.

Amid the endless schoolyard brawl between Republicans and Democrats, a divide made uglier still by the coronavirus crisis, Patrick and Hollingsworth stood out for their quiet candor.

On March 26, before Trump had acknowledged the perils of the virus, Patrick told an interviewer that if faced with a choice between mass joblessness and the prospect of a second Great Depression he’d willingly sacrifice his life rather than see those of his grandchildren placed in jeopardy by cosseting medical restrictions. Calmly, he said the restrictions were unraveling America’s workplace life and were too high a price to pay. The sickness aside, people still owe rent; still have aspirations and obligations; cannot remain financially solvent in prolonged absentia.

Unless Americans acknowledged the virus targeted mostly the elderly and the sick and set aside their fears to return to work, a way of life known since World War II would be irrevocably disrupted. His remarks, closer in tone to expressions of personal morality than political allegiance, were predictably hailed by Trump mass media allies and denounced as an affront to humanity and science by his rivals. Few addressed the substance of his words, which hinged on making sacrifices to ensure quality of life.

Pandemic aside, people still owe rent, still need to provide for their families, still have aspirations and obligations in the context of social life.

Nearly a month later, and well into national lockdowns, the younger Hollingsworth picked up on Patrick’s theme. If set against a backdrop of massive national disruption, accepting a higher virus death toll to revive civic life was, he said, “the lesser of evils,” since despite their medical value, fortress life and social distancing were as potentially damaging to the routines of life as the virus was toxic to lungs.

Like Patrick, Hollingsworth spoke calmly but directly. “Between the loss of our way of life as Americans and the loss of life, of American lives, we have to always choose the latter.”

Brave words, which if spoken by anyone in the progressive camp might lead to certain excommunication.

Like Patrick, the young congressman Hollingsworth was moved by an idiosyncratic vision of the word sacrifice.

For these men, lockdown countermeasures were and are turning daily life into unrecognizable if not unlivable versions of what they were, transforming major cities into post-apocalyptic film sets.

So far, the virus has killed nearly 40,000 Americans (most between ages 60 and 90) with another 700,000 infected. In context, the 2004 Indian Ocean tsunami and the 2010 Haitian earthquake took a minimum of 400,000 lives. In terms of maladies and infections, tuberculosis exterminates 1.5 million a year globally with cancer and heart disease claiming 25 million. Bearing this cold-bloodedly in mind, the coronavirus exists in a first world, Judeo-Christian terror bubble, wholly estranged from the ebb and flow of a planet that brushes away 55 to 60 million people annually, which makes no dent in its total of 7.7 billion. Though the virus is by no means a trifle, a pandemic is risky business, it should not induce a human course change, Hollingsworth’s primary concern.

The truth is that Americans have grown unaccustomed to extreme reversals and as a result are easily rattled by the sorts of developing world contamination and death tolls that all major calamities routinely impose. Skins are as wafer-thin as phones are smart. Anxiety and agitation extrapolated from news reports and online soothsayers don’t abide by distancing of any kind. 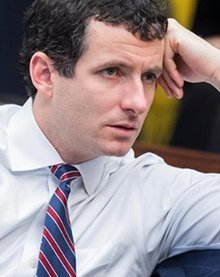 Trey Hollingsworth: way of life comes ahead of life.

So not all that’s happening is either surprising or unexpected.

Since 2001, American life has twice come unhinged, the first time by the 9/11 terrorist attacks whose aftereffects lingered for more than a decade. This latest visitation, far more viscerally damaging to both the mental and financial sides of the human whole, could, if it is allowed to persist, wreak protracted havoc.

Hollingsworth aptly distinguished between concepts, that of saving lives and saving a way of life.

That the way-of-life choice factors in additional deaths enrages those who insist civic sacrifice should under no circumstances include exposure to preventable loss of life, unless in war. This is a complex position for liberals, who favor abortion as a personal choice free civic rule should not only allow but refrain from judging.

If, say, a dozen mountaineers are trapped atop a peak, do authorities dispatch a rescue helicopter while knowing most of the climbers are likely dead and the weather itself a danger to the recuse mission?

Noble instincts say “yes,” if even only one life is saved. The more cautious might not allow the flight and instruct all climbers to stop their attempts. A more severe response might be to veto mountain-climbing, a high-risk undertaking.

The damn-the-torpedoes instinct emerged from America’s frontier past and was honed by its liberating role in World War II. America, never invaded, was perceived as willing to make sacrifices for others that self-interested Europeans would not. The ensuring of national prosperity, both actual and symbolic, became a point of honor.

Unconditionally, and with optimism, America would protect itself from world war, as Europe had not. It would also defend against a second Great Depression.

Way of life was paramount, so much so that more than 100,000 men died in two Asian wars against communism, with more to follow against radical Islam after 9/11.

You cannot replace the identity of a nation once it sets aside its identity.

Which returns us to the the mythical rescue mission.

Do you fly against the odds or put a tarp over the choppers, explaining the need to weigh risk and limit loss of life? If you choose the latter, were you not also setting aside a national identity founded on that very same risk and the heroism it conferred on all those willing to take chances? Patrick and Hollingsworth suggested you might be doing just that.

Despite a president who vexes collaboration, hopefulness and chance-taking values remain central to America’s instincts. But what about sacrifice?

New York City firemen who died trying to save trapped 9/11 civilians were lionized as heroes, though, like soldiers before them, they were just doing their jobs.

And there it is, the American word to end all words, jobs, and with it the low or high honor of work.

There is no America, let alone an American way of life, without the tedious honor of work.

It is those jobs, and all that they represent, that now find themselves isolated on a mountaintop. So again, what now? Await the thaw locked in or damn the torpedoes?

Patrick and Hollingsworth responded with typically hopeful vigor. Forget about the odds, they said. Science and medicine are tools, not tyrannies. Fly. Because that is what Americans do best.