When the good girl gets lost 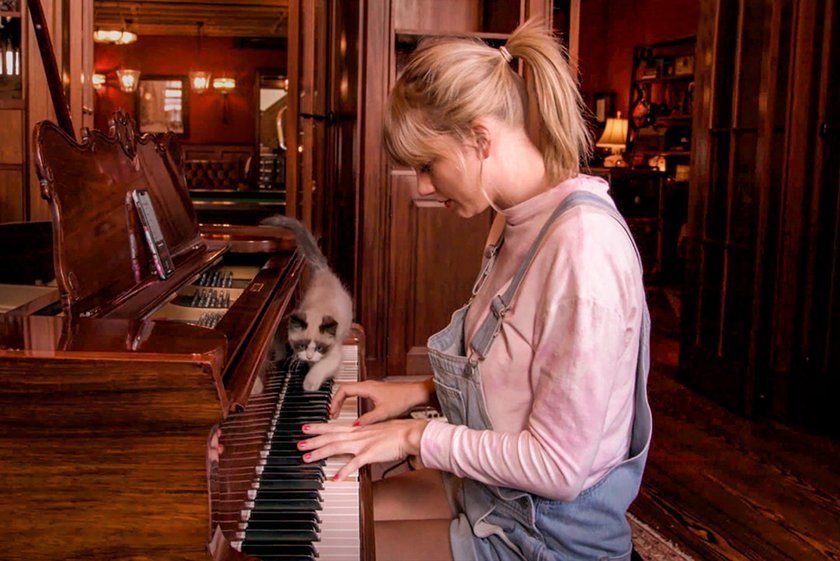 "Good girl" Taylor Swift in the Netflix film "Miss Americana": a stereotype can be a heavy load.
L

ast week I watched “Miss Americana,” a documentary about singer Taylor Swift. While I’ve never been a diehard fan, I’ve enjoyed her music over the years. I’ve also never harbored any resentment toward her, as some seem to for her fame and longtime celebrity status. Now 30, she’s been performing since she was 14.

To me, Swift was just a nice girl who sang. And that, in fact, is the point of Lena Wilson’s Netflix movie, which was released in January.

A so-called biopic, “Miss Americana” is mostly about Swift’s personal transformation. Born in Pennsylvania, she began her career unaware that almost from the beginning she’d been cast into the very American “good girl” role. Once she realized just what this meant, she decided to commit herself to the script, working twice as hard, to embody its sugar-coated exterior. But it would end up costing her dearly, locking her in a gilded cage, all but unable to stray from good girl expectations.

When she finally put the role-playing behind her, she was vilified.

Swift began her career as a country music singer. In the Nashville world, women must look pretty, smile, and be nice to everybody. Rising to stardom, it began to hit her that the more fans start to look up to you, the more you feel like you have to stick with the script no matter what. You’re ruled by the myth you’ve concocted.

Swift felt worthless every time she failed to live up to the good girl model.

That means lots of twisting and bending, which she did. That didn’t stop critics from nitpicking. The good girl had to be perfect.

Anxiety led to an eating disorder and intense self-doubt. In the film, Swift says she felt worthless every time she thought she’d failed to live up to the good girl model. Things began falling apart when singer Kanye West and reality star Kim Kardashian roped her into non-good girl drama that celebrity media turned into a field day. By then she’d lost all interest in her fake self.

The film’s good girl story line jolted me deeply at many levels, most of all as a woman. Debate over gender roles is more ferocious now than ever before. Still, women are generally expected to smile, behave agreeably, if not adopt (and accept) a docile personality. For whatever reason, I’d spent whole chunks of my youth thinking famous women were exempt from adhering to the good girl stereotype.

I should’ve known better. Fame does the opposite of setting you free. It just fortifies conformist expectations.

I say this because, to my horror, I’ve spent most of my life trying to be that archetypal good girl. I can only blame society so much, since playing the victim doesn’t suit me. I’ve been absolutely complicit in the process. Why is that? Because I was convinced playing along would eventually yield good girl rewards. As it turns out, that’s not how it works.

Years ago, my mother gave me a sticker in my holiday stocking on which I read the famous line: “Well-behaved women rarely make history.” I remember my annoyance at the time. I thought to myself, “I can do great things even if I behave.” That just had to be true, I told myself. In theory it is, yes, women who follow the “rules” have left important marks on society. But to do so they had to work that much harder, since being a polite revolutionary isn’t easy. The good girl is much like a gazelle that comes to learn being a part of the pack means being a zebra. Well, you think to yourself, it’s easy to become a zebra. You already more or less look like one. You have hooves and eat the same things. All you need to do is get rid of those antlers and adopt a black-and-white fur pattern. Not a cinch, but surely doable, right?

But wait a minute: why is being a zebra so much better? Setting metaphor aside, why must women (why must I) force “for the better” transformations on myself? Are they really for the better? Many celebrated men got to where they are by breaking the rules. An example (setting aside my own preferences): Donald Trump was ridiculed by many when he ran for president in 2016. He was joke, they said. He wasn’t a politician and broke every rule in the book, sometimes in ugly ways. He couldn’t be elected. Where is he now?

Even today a woman who breaks one rule is expected to hold fast to the other rules.

Around me, I see women disregard the good girl paradigm and getting ahead. Why then do I feel I must respect those rules? My parents never imposed such thinking and my idol is Katharine Hepburn, who went against the grain (and the odds) for most of her acting career.

Perhaps it’s my desire to earn things on my terms. I will behave as I will, true to myself, despite the additional work I’ll probably have to put in. To me, breaking the rules is an exasperating short cut I’m just not interested in.

I say this knowing it’s not entirely fair to others, since even the headstrong sometimes have to make compromises.

Breaking the rules takes courage and gumption. Maybe that’s it. Maybe I’m a good girl because I’m not brave. I can certainly understand Taylor Swift’s confusion and doubt.

There’s a level of irony in all this that the Swift story touches on. Playing good girl stings at both ends. I’ve painfully and silently accepted reprimands for wrongs I didn’t commit because good girls don’t point fingers at others. I’ve also been hurt by those who immediately assumed my good girl approach meant I lacked ambition — because the ambitious can’t be nice. I’m stuck in a good girl rut. I keep searching for way to behave in which all see me as intelligent, but respectful, smart, but not rude, ambitious, but not ruthless. But the point “Miss Americana” makes is that there’s no such “winning” behavior pattern. It’s a fiction. Getting to blessed approval doesn’t have one blueprint.

This isn’t the most original of conclusions, but it’s true. You’re not born as a good girl-in-waiting. You pick up the idea as you’re growing up. Being a good girl isn’t necessarily a bad thing. It becomes that only when you shift your shape to be someone you’re not. The trick, and it’s no small one, is finding out at least a bit of who you are, and then sticking with it, something that in another time was called being true to yourself.