When rivals sit down 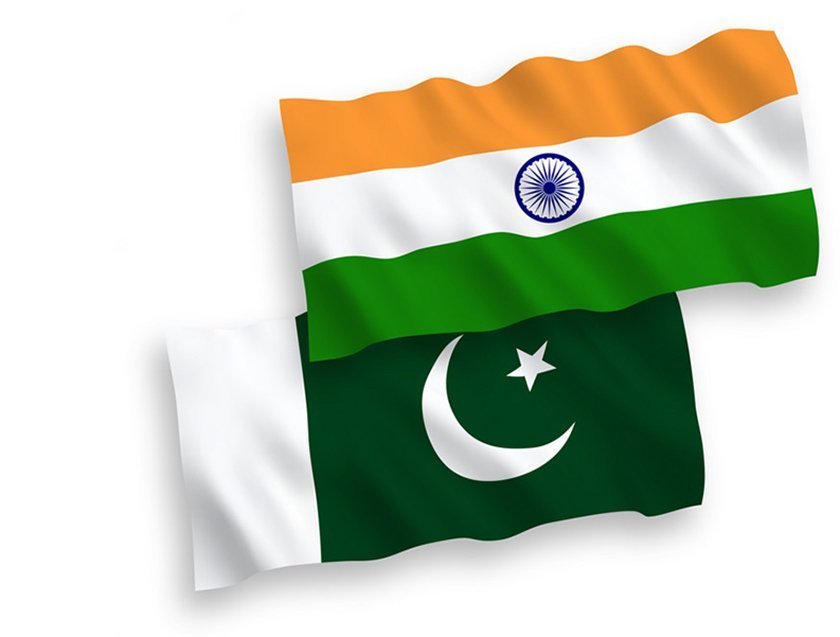 outh Asian hearts were sent fluttering in mid-April when it was revealed that India and Pakistan had engaged in secret bilateral talks in Dubai over the previous four months. According to media reports at the time, the United Arab Emirates brokered the talks to calm military tensions in Kashmir — tensions that have been elevated for over two years now.

Details of the talks are sketchy, as they always are between these two countries. But reports indicate that officials from the intelligence communities of both states met in Dubai between December 2020 and April 2021 to discuss a number of issues, the longstanding Kashmir dispute among them. One result of these discussions may have been the bilateral cease-fire announced on February 25, the first such agreement between the two rivals since 2003. The fact that neither country commented on these news reports — meaning neither side refuted them — is a good indication that they are true and that these talks are indeed taking place.

This sort of diplomatic “back channel” was once the main line of communication between India and Pakistan, allowing the two sides to exchange information and conduct negotiations without having to officially confirm they were happening. Such back channel diplomacy has long been critical to reducing tensions and has played an instrumental role in the comprehensive peace agreement that was nearly struck in 2007. However, the back channel was basically moribund for the last decade as the bilateral relationship plummeted to new depths.

Could its revival herald a new phase in India-Pakistan relations? Could both sides now be serious about wanting to resolve their entrenched bilateral disagreements?

Pakistan needs to find a way to prevent attacks from breaking out whenever a peace dialogue appears on track.

As promising as these new talks might be, the answer to these questions right now is still unfortunately no. While India and Pakistan are to be applauded (and encouraged) for taking up bilateral talks and reducing tensions, there are numerous major structural issues in place that currently prevent the completion of a comprehensive deal. Three of the biggest are discussed below. Until these issues are resolved, back channel talks run the risk of being perpetually confined to the back channel.

The first major impediment that has vexed the bilateral relationship for over 30 years — cross-border terrorism. Pakistani-based militant groups such as Lashkar-e-Tayyiba, Jaish-e-Mohammed, and others continue to carry out a murderous campaign against Indian administered Kashmir, and against other Indian interests. Not only are such attacks destabilizing for regional security, they also put these groups in control of the pace and timing of any nascent bilateral talks that do occur.

For the past several years, the tentative steps the two sides have taken to re-start the official Comprehensive Dialogue process has been followed by cross-border terrorist attacks in India. This was the case most recently in July 2015, January 2016, and February 2019, as well as numerous other times. In each instance, India recoiled, scuttling the brief openings.

India has insisted that all cross-border terrorist attacks must cease before it will engage in any official dialogue. While this may be a bridge too far for the beginning of talks, making the end result a precondition of talks, India is absolutely right to demand that Pakistan at least reduce the violence in a meaningful way. Whether the Pakistani military can even do so at this point is still an open question, since they lost control of these terrorist groups long ago. Still, Pakistan needs to find a way to prevent attacks from breaking out whenever a peace dialogue appears on track. Pakistan’s continued failure to do this calls into question their commitment to a sustained peace dialogue.

The second major impediment is the command structure of the Pakistani government itself. While this may seem like a domestic issue unrelated to the peace process with India, the two are in fact closely intertwined. As it currently stands, Pakistan effectively has two governments, each tolerating the other but neither fully in charge. These two are the civilian government, popularly elected and headed by the Prime Minister, and the military, completely unelected and headed by the Chief of Army Staff. In this equation, “civilian control of the military” is a quaint concept, almost a farce. Everyone knows the military is the strongest and most effective institution in the country.

This arrangement makes peace negotiations with India extraordinarily difficult. Official talks are of course conducted by the civilian government, with the foreign ministry leading. However, any final agreement will have to be enforced by the military, particularly security aspects, such as clamping down on terrorism and reducing troop presence in Kashmir. In a country with strong civilian control of the military, this would flow naturally as there would be no question the military would take its marching orders from the civilian government. Unfortunately, this is not the case in Pakistan. The military will continue to protect its own interests, regardless of any peace agreement struck by the government.

For India, peace negotiations then become an exercise in futility. It is no coincidence that the closest the two sides came to actually reaching an agreement was in 2007, when Pervez Musharraf was the military dictator of the country, having taken power through a bloodless coup in 1999. With Musharraf sitting at the top of both the civilian government and the military, the Indian government was assured that he would enforce any agreement in both systems. For all his faults, Musharraf could deliver the military when needed.

With a particularly weak civilian government in power in Pakistan, India unfortunately has no such assurance right now. Even the most recent back channel talks were conducted between the Research and Analysis Wing (RAW), India’s civilian intelligence organization, and Inter-Services Intelligence (ISI), Pakistan’s military intelligence unit. With no faith in the civilian government, India prefers to bypass it and go directly to where the power lies. But a comprehensive peace agreement requires everyone. So until Pakistan fixes its governing dynamic, things will continue to stall.

And the third major impediment is India. Specifically, its continued military posture in Indian administered Kashmir. For decades now, the Indian military has carried a heavy-handed and often brutal rule in Kashmir. This has led to a horrific human rights situation, including allegations of atrocities and kidnappings. This sort of oppression faces so much local resistance that the population, despite living in what is universally accepted as India, regards the Indian military as occupiers. New Delhi’s sudden actions in August 2019 to change the status of the two provinces that make up the region only reinforced this sentiment.

The Indian government justifies this military posture as necessary to root out terrorists and other criminals that may hide among the local population. Acting on tips that are often nothing more than rumors, and rarely on evidence, the Indian military targets those that it believes are involved in nefarious activities in the provinces. As these targets are often simply Muslim residents, this only alienates the population and stokes the resistance.

Such mistreatment of India’s only Muslim-majority province lays bare India’s claim that this isn’t about religion.

India is not wrong that militants come across the border and blend in with the population, waiting for the opportune time to strike. This has happened numerous times throughout the conflict over Kashmir. But India’s tactics against the population are so disproportionate that it intensifies the overall conflict, rather than easing it. Primarily, the population pushes back and condemns New Delhi, which vacates India’s argument that the people want to be a part of India. Just as importantly, such mistreatment of India’s only Muslim-majority province lays bare India’s claim that this isn’t about religion. From a bilateral perspective, this repeatedly gets Pakistan incensed, making it much less likely to engage in meaningful talks.

There have certainly been human rights violations on both sides of the Line of Control in Kashmir, but most credible reports indicate that the problems are much worse on the Indian side. If these violations are reduced and the population respected, then perhaps the two sides can have an honest conversation about the future of Kashmir.

So does all this mean that the back channel talks in Dubai should be ditched? That they aren’t worth pursuing until the structural issues are resolved? Absolutely not. In fact, just the opposite. These structural impediments are precisely why the back channel talks are so valuable — they lay the foundation for official talks that may be established later. Even when the structural impediments are cleared away, a deal won’t materialize instantaneously. It will take months or possibly years of careful negotiating. The back channel provides the fundamental underpinning that will jump-start this long process.

We can’t forget though that the back channel talks are a means, not an ends. They are a tool that both governments use to advance the peace process and make it ready for official discussion. So while the revival of the back channel is a most welcome development, India and Pakistan would do well to remember that a serious peace process requires a much stronger commitment.