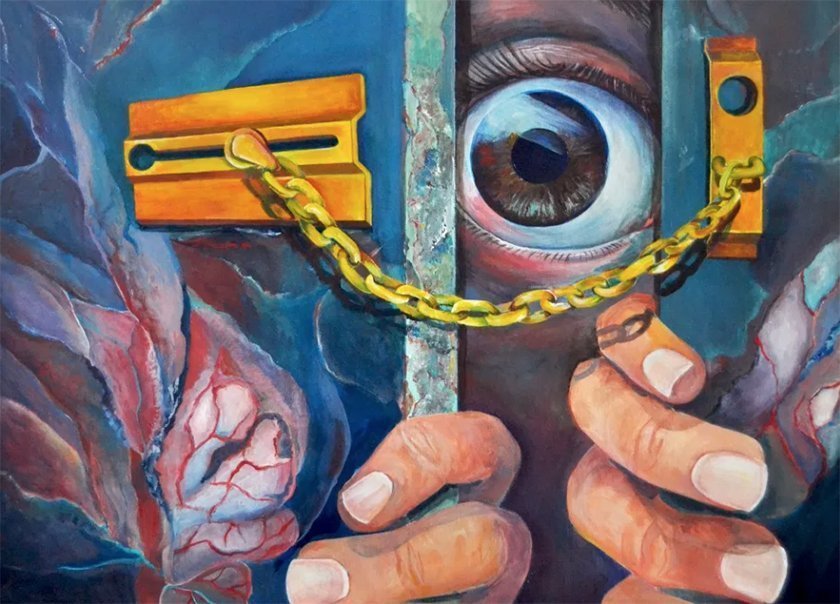 Sometimes irrational fears turn out to be right....
A

lot of people, many of them otherwise solid and reasonable thinkers, have seized on the coronavirus to suddenly come up with all sorts of conspiracy theories. Big events tend to generate this kind of thinking, and very occasionally one of the theories turns out to be true. This pandemic has brought them out in waves, and some are pretty fantastic.

There are drug companies that will stop at nothing to sell life-saving medicines at exorbitant prices. If, that is, they can get away with it, and that requires the complicity of governments that refuse to regulate prices (the U.S. is worse than Italy on that count). As a therapist, I don’t have a lot of sympathy for pharmaceutical companies that have imposed a reductionist approach to psychological problems, which pill manufacturers insist can be “cured” by substances that in turn cause further problems.

There are companies that brazenly sell sugar pills or water capsules at exorbitant prices to unwitting consumers.

At the same time, I know antibiotics and vaccines produced by these same companies have saved countless lives. Not to mention helping to relieve the pain caused by most every kind of sickness and injury. As for the pandemic, there have been abuses. Some heads of state took advantage of the epidemic to close down their parliaments, all but entitling themselves to dictatorial power. A handful of European leaders cracked down on the press to curtail any criticism of their medical strategies. And there’s no arguing some drug companies do push potentially harmful drugs — and invite doctors on all-expenses-paid junkets to help boost sales. There are companies that brazenly sell sugar pills or water capsules filled with water at exorbitant prices to unwitting consumers. Some people purchase homeopathic products assuming they come from non-corporate, “good” companies, not always a wise assumption.

Conspiracy theories usually percolate quietly on society’s back burner. Until, that is, a crisis sees them flare up everywhere. And the virus has done just that.

I recently wrote that paranoid people could sometimes have good reason to be wary. Here, I’m more interested in why paranoia can seduce people who were previously untroubled. In my “You are not alone” column I note that both obsessive thinking and compulsions represent typical human responses to danger. Something similar holds for paranoia, which is ultimately about fear. Kids who are attacked for being “bad,” whether verbally or physically, will grow up fearing their own “badness.” Behind this is a subtler fear of the actual danger that permeated their formative years.

Parental or family accusations lead them to feel they cause badness, and this can lead to a sense of unbearable guilt. Cornered, they are prone to attributing their “badness” (anger and aggressiveness) toward others, from whom they must protect themselves.

Fear has many ways of producing feelings of paranoia. Look at the virus. It is a mysterious bug we don’t understand, a subtle killer. We don’t like what we can’t fathom, and it’s harder to accept a faceless assassin, one that seems not even to care what it kills. This is much more ominous than a clear enemy whose intentions we can at least try to understand and take measures to protect ourselves from. A clear enemy is present to receive our anger and our fear. A clear adversary can help us make sense of a world that appears to have stopped making sense.

Our fear and rage are focused on a tangible “them” that seeks to exterminate us.

Our fear and rage are focused on a tangible “them” that seeks to exterminate us through vaccines, or to exercise mind control, or apply lockdowns as a charade ahead of seizing control. Together, we can fight “them.”

How different is this from attributing thunderstorms at sea to a sentient god who’s become angry at us? It seems to be part of human nature to find an enemy, because an enemy can be dealt with. The mythologies that human societies have created over millennia have quite often been attempts to understand the universe.

Ironically, the desire to understand and make sense of the world is also what is behind science.

What makes them different?

Karl Popper, the philosopher of science, defines science as a field that creates hypotheses to then try to disprove them. But we can never, in fact, prove them. We can only determine that they have yet to be disproven. Science, in this view, is actually quite different from the absolutist tyrant many see it as. It acknowledges that its hypotheses might at any time require revision.

The conspiracy theorist is instead, convinced of the truth of his hypothesis, and clings to it like a religion. He accepts no evidence to the contrary, and holds on for dear life to the belief that someone or some force must be to blame. To him, this belief is his comfort.