When it doesn’t add up 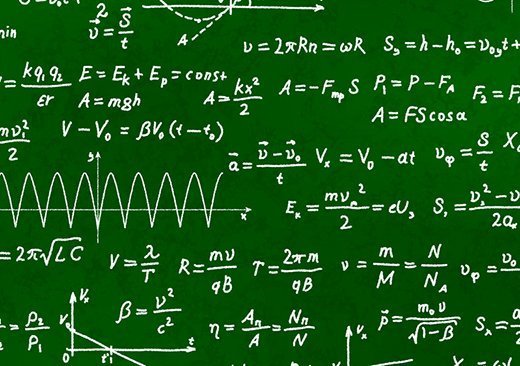 When you leave math behind for poetry, there's no looking back.
M

y office is in the math pod at the college where I teach, so I find myself surrounded by math professors. When I go to get my print-outs, I often find heaps of papers with math equations I don’t understand. The white boards in the common area are also plastered with numerically-oriented things. I don’t understand those either.

Yet it’s a situation that also smacks of poetic justice, at least a little. After all, many of my students hate writing. Words are not their thing. I teach the dreaded freshman composition — a requirement. On the first day of class, I asked for a show of hands of who actually likes to write. Three or four raised their hands. Then I asked who hated writing, and a few more hands shot up.

My students are studying for various degrees: engineering, math, business, nursing, criminal justice. They come from all walks of life. I have a veteran, first and second-generation immigrants, blacks, whites, Hispanics.

I’ve tried to make the class interesting and engaging, especially for a non-literary crowd. We’ve studied the lyrics of Bob Dylan and Bruce Springsteen to learn rhetorical analysis, along with Martin Luther King Junior’s “I Have a Dream” speech and “Letter from Birmingham Jail.”

On the first day of class, I asked for a show of hands of who actually likes to write. Very few.

To sympathize with the perspective of my students, I’ve had to remind myself what it is to hate a subject in school. For me, the subject was math.

But I didn’t always hate math. Until about third grade, math was actually my favorite subject. I loved what I considered its elegance and simplicity. Or probably, I liked it for the simple fact that I was good at it.

Then something happened. I remember being summoned to the black board in third grade by the teacher and asked to solve a math problem. I couldn’t. I got flustered and upset, and that was it for my short-lived love affair with math. At least, that’s how my memory has pieced it together. I then became no more than a slightly-above average math student. My interests switched to reading and writing.

In high school analysis, the last math class I ever took, I would sit in the back of the class, and write poems, or just daydream. I did okay in the class, mostly because I had a wonderful teacher, Mrs. Cook, a lithe woman with short red hair and sharp eyes who reminded me of a cat. She was as precise as the tip of a sharp pencil.

Many years later, I had a platonic love affair with an atomic engineer who had been a childhood and adolescent math prodigy in his native France. At the time, I was working as a science writer at a physics lab, once again surrounded by equations that completely eluded me.

This guy, however, got me. For a time. I sent him poems I’d written right after my mother died. They were simple and sentimental, but he thought they were wonderful. We talked about how the language of math and poetry are somewhat similar in that they both work with patterns and reach a destination — in math, with the mind, and in poetry, with feeling.

Both worlds are of course far more complicated than that. I remember feeling connected, as if an equal sign sat beautifully between us.