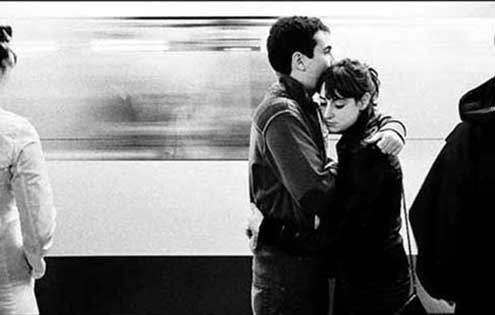 Bouts of jealousy usually stem from insecurity, and they need controlling.
Q

• Q. My boyfriend and I have been dating for a few years. We enjoy our time together and everything is generally peachy. As adults, we have our differences and are learning to tolerate one another’s personalities. In one respect, however, he’s not adult. Once in a while he gets so jealous of other men flirting or talking to me that he literally makes my life a living hell. He goes off into his own fantasy world as to what might have happened or will, questioning me ad nauseam. Before I know it, he’s in such a tizzy that I barely recognize the man I know. It’s only happened a few times and when he calms down, he wants to go back to being lovey-dovey, as if nothing ever happened. I’m left reeling from the shock waves for days. Any suggestions on how to handle a jealous lover?

• A. If only it were just jealousy, huh? It’s not, though. Your man’s outward jealousy is the result of inward feelings of inadequacy and insecurity, which are mighty big demons to tame.

Having all too much experience in this department I can tell you that the only thing you can do is put on your kid gloves, sit him down, tell him how his railing makes you feel, and suggest he get a therapist if he wants your relationship to work long term.

I once had a boyfriend who got extremely upset when the two of us were at a club listening to music and a man approached me, shook my hand, and asked me to dance. I smiled, politely said, “No, thank you, I’m with him,” looking at my partner, and went about my evening. Later, he accused me of flirting with the man because I smiled when I said, “No, thank you.” His insecurity monster went on rampage for hours. The next day, he not-so-kindly told me needed to lose a few pounds — all because I’d been polite and smiled while turning down the man who asked me to dance.

It wasn’t a very long relationship as you can imagine. And while I’d like to say my story is extreme, it’s not. Jealousy and insecurity can make people believe they’re constantly being wronged.

That said, I’m not suggesting women flirt as they please and leave their partners to deal with it. That’s mean and unfair. What I am saying is that for both men and woman a critical aspect of any partnership is keeping the insecurity monster locked up.

So again, ask him to seek counseling. Be patient and kind but don’t change who you are or live a life walking on eggshells. If he refuses to lock up his monsters, then it’s best to move on.