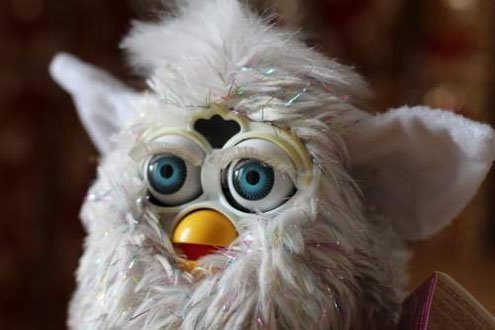 ixteen Christmases have passed since I first discovered that Santa did not exist. Admittedly, there had been hints all along, clues I somehow unconsciously refused to piece together. “Write down your Christmas list,” my mother would anxiously suggest as we sat down to a lunch of Thanksgiving leftovers.

It was still November and the trees hadn’t even lost all of their leaves. Footage of Black Friday blared on the local news, and I thoughtfully nibbled the last piece of pecan pie. No, I didn’t see the logic in drawing up my list of demands so soon. Naturally, I waited until Christmas Eve before carefully and methodically asking for a Fisher Price Doodle Bear and Easy-Bake-Oven in my best cursive.

The next morning I was pleased with my gift haul, yet doubts lingered: had Santa Claus simply run out of Doodle Bears? Yet if he was indeed Santa then he was also magical. Couldn’t he have conjured up my 18-inch plush cotton bear with button eyes and the 14 rainbow markers needed to draw all over said bear’s person (before putting her in the washing machine for further wash-and-erase fun)? And why, also, did the wrapping paper, gold with snowmen and twinkly-eyed elves look strangely identical to the roll I had seen tucked up on the shelf in our laundry room?

I slept poorly that night, and my suspicions only accumulated. Santa’s signature, left in an annual note by the fireplace, looked similar to my father’s doctor’s scribble. Always a talented reader, I took books out of the school library meant for an older age group, and felt my insides grow cold as I read in “The Baby-sitters Club Christmas special edition” that Santa wasn’t real. My brother, two years older, kindly declined to answer my questions and referred me to our mother. I remember the bright yellow of her apron as she wiped the flour off her hands. “Santa,” my mother explained slowly, “lives only in your heart. And Daddy’s wallet.”

My parents, perhaps guilt-ridden over my first Christmas deluded by the loss of my beloved Kris Kringle (not to mention all 12 reindeer) decided the best course of action was distraction. This came in the form of the holiday season’s must have toy, the Furby. Part robot and part cuddly gremlin, the Furby had caused Toys ‘R’ Us riots. Mothers elbowed and kicked their way through mobs of shoppers to ensure their child’s Christmas morning would be all it should be. A local department store employee had to be taken to the hospital for a sprained ankle and was suing the store. The Furby spawned phone trees, with frantic stay-at-home moms alerting their peers of a new shipment’s arrival. I wanted one. Desperately.

Christmas morning arrived, for the first time depleted of giddy anticipation. I awoke at a regular hour, and breakfast was calmly eaten in lieu of the usual sprint to the tree. There was no checking to see how many cookies Santa had eaten. They hadn’t been left out at all. I opened my gifts with a sort of solemn maturity that was unfamiliar to me, secretly disappointed yet stoic when it seemed there would be no Furby. So this is what it feels like to grow up, I thought.

A few minutes later I was surprised with a final gift, which was indeed the coveted Furby. My parents had hidden it, wrapped in a flannel blanket, and put it behind our living room couch. I cried with joy, I threw myself to the floor, I chanted “thank you-thank you-thank you,” I swore that I loved them and I’d love my Furby forever too. I smugly called Kaitlin O’Sullivan, disrupting her Christmas brunch. She had not received a Furby.

That day I brought it to Christmas dinner. It said “feed me,” “hello,” and “I’m sleepy” on a loop. I cuddled my Furby at bedtime, and took it on car rides with me, swaddled in an old sweater. A few weeks later, I learned that the department store employee had dropped her lawsuit. By then, the Furby had been left in a corner of my room. January was my birthday month. I would be eight. There were other things to ponder.

In the Christmases since, I have looked for and found other, simpler joys to the holiday season. A cup of hot chocolate, Rome lit up at night, the first snowfall — though none match the excitement of my earlier years. My family still laughs about that frantic Christmas, my mother prowling Benny’s and Wal-Mart so often that the clerks came to know her by name. At times I’ve considered selling the Furby on Ebay, or perhaps gifting it to another, younger relative, but I haven’t yet. It still sits up high in my closet, by now a relic.