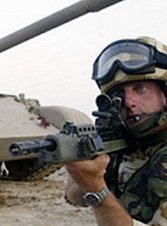 efore me is email information about an art exhibit an organizer wants me to promote. The featured painter, a Romanian, died in 1991, says the message, “at the hands of the Securitate,” Nicolae Ceausescu’s secret police.

1991? Anti-communist insurgents murdered Ceausescu and his wife Elena in December 1989. By 1991, the word Securitate was an obscenity in Bucharest.

So I checked the painter’s name, because the Internet assists in such prudence: It turned out that yes, he’s dead, but of injuries sustained in a… motorcycle accident … in Greece … in 1995.

“The people who sent the promotional material.”

Next, I receive an article about a cook. The cook is identified as an Iranian educated in an “Arabic-speaking household.”

I call the writer. An Arab, I ask, in Shiraz? Really?

That he’s an Arab?

“An Iranian,” the writer answers tersely; “they speak Arabic there, right?”

I call the cook. He advises me that he’s Persian; Farsi is his language. Do not, he recommends, mistake that for Arabic.

I call back the writer.

“Whatever,” the writer tells me.

Later, I speak to my banker’s assistant, a youthful Pakistani-American in Washington, D.C. She’s impressed that I’m calling from Italy. Shyly, she has a question: “So, do you speak Roman?”

We lived in a culture of slick imprecision and watered down common sense.

At the time of the Iraq invasion some 70 percent of Americans saw Saddam Hussein as a co-conspirator in the September 11 attacks and thought him ready to attack the United States with lethal germs and chemicals. Why such conviction? The president, an earnest man, talked himself into believing it, as did other sage men and women, some of whom published whole books on the subject. To which a frightened public said, “Yes, whatever.”

History usually makes you pay for “whatever’s.” In 2002, few bothered hacking skeptically through the hype and hysteria to see Saddam’s for what he was: an overachieving secular thug in his twilight, a petulant pastiche of wannabe Nasser and De Gaulle with little reason to cuddle the likes of Osama bin Laden, whose reckless, outsized ambition unsettles regional leaders. Radicalism gnaws at the Arab world’s largely tyrannical inclinations. And while Saddam misbehaved to quench his vanity, he had little reason to arouse an American military that nearly cancelled him a decade earlier.

To counteract this reality the Bush Administration, randy for a kill, resurrected the brawny, bullying Saddam of 1990, and to depose him waged what it promoted as a restorative war. That war has instead multiplied the terrorist hydra and stirred sectarian chaos. With Iraq occupied, heckling radicals have fodder for a second cause, after the existence of Israel, to cash in on their cleansing vision. That the world is a safer place with Saddam in jail is hardly foregone conclusion.

Reports confirming the absence of weapons of mass destruction and Al Qaeda ties in pre-war Iraq are demoralizing only in that their substance was available for scanning by the wise when Bush took office in 2000. But wisdom was dehydrated by the emotions of September 11; it became the wearers of white hats against the black. So America eliminated a secular tyrant because it could. Never mind that the more plausible enemy in terrorist terms was the one Saddam fought through the 1980s, and the one United States now keeps on a short leash, Iran. This would suggest (but not prove) that the architects of the Iraq war maintain a more ambitious plan for adjusting regional influences. But that’s for another time, which may yet come.

For now, there’s the matter of glibness, which affronts both caution and restraint.

The risk posed by high-level misjudgement and misstatement is more grievous than ever because listeners are distracted and impressionable, inclined to trust first-impressions and confer validity on them through repetition. What major leaders present as fact assumes authenticity and urgency, which, when sewn into TV images of hurt and destruction, mesmerizes in the vein of 1930s newsreel propaganda. To say now, in late 2004, that the “intelligence” of 2001 was soiled, to reject and disparage all remorse, suggests the Iraq runup was a charade to distract from a prearranged attack that would be later advertised as a reform mission. Sadly for that immodest mission, terrorism is a chorus, not a church, and it keens more persuasively from rubble.

Vice Presidential candidate John Edwards, a rhetorical Stratocaster, came up with this riff on the Iraq misinformation: “Dick Cheney, and the president need to recognize that the Earth is actually round and that the Sun is rising in the east.”

Does the American public deserve a whole refund when less than half of it seems to want one? Does it deserve better when much of it accepts, and applauds, worse? November, I think, will confirm this breakdown.

Imprecision is unsettling in general because it evokes indiscipline, failed rigor and absent curiosity. But the Iraq justification was less imprecision than wholesale delusion. The people who sent out the promotional material were in Washington, in and around the White House, clever enough to differentiate between reality and partisan speculation, worldly enough to flinch at potentially selling a lie they would need later to excuse. Some could have resigned to avoid rationalizing what has since become public. It didn’t happen.

In fact, no one said much of anything, and many, even today, say only… whatever.