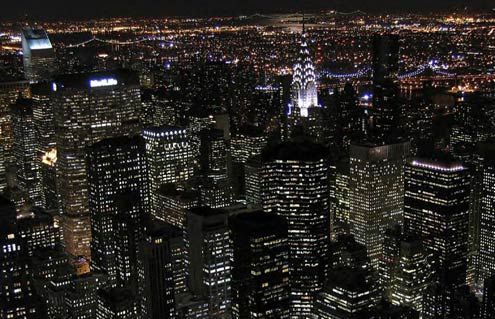 Your English will improve and your enunciation will sharpen.
M

y friend Chiara has spent the last 10 months between New York and Rome working to secure a visa for an extended stay in the United States. She wants to live here and pursue her aspirations as an actress. It is her big dream.

To her Italian family, she is a problem. A big problem.

She tries to explain, “I want to study acting. I want more than just this Roman life. I want to follow this thing inside of me.”

“Italy is your country. Rome is your city. It is one of the most beautiful cities in the world and you want to leave it for what? To be an actress? You are too old now to be an actress. It is too late for you.”

Chiara is 27 with tranquil blue eyes and brown hair well past her shoulders. She has natural poise and a sharp mind. I met her last year when she came to New York City to study English. I knew even on first meeting that Chiara was a good fit for New York. She was direct and truthful, even when it was uncomfortable. She referred to men and boyfriends, but not as an end-all. She was confident, her own person.

But now, months later, she sits at my table over dinner in Brooklyn and questions everything. She has just returned from Rome and the family drama has attacked her core.

“I finally have my visa and I worked so hard to get it,” she says to me. Her English is good but ringed with a rhythm un-American. It’s choppy and deliberate.

“I can stay for one year or more. And yes, I need to get a job and find a place to live. But I can work at a restaurant while I go to acting school. I want to study at Lee Strasbourg. My family says I am crazy. Now I’m beginning to think I am.”

Her voice is strained and astringent. The warmth is gone.

“When I am in Rome and I speak of these things, they attack me like dogs but in the most veiled way. I am hurting my father, I am hurting my sister. My mother’s boyfriend calls to tell me I’m hurting my mother. But this is decision is not about them. This is about me.

“Why can’t I do this? Why can’t my family understand I want to do this?” Her head is down, she picks up a piece of lettuce from her salad with delicate fingers and places it in her mouth. She barely chews.

Then she announces, “They are crazy. They are all crazy.” Her words don’t change her posture. She is still hunched over trying to speak forcefully and swallow at the same time.

While watching, I hear the invisible family in her head. “See, even speaking these things is dangerous. You’re going to choke. Don’t do this.”

“Do you know,” she said, “my father called his best friend in New York for advice and told my sister to help him deter me. I saw this in an email. And then, my mother made me my favorite meal and leaned in close only to pile on the guilt for desert. ‘Don’t do this to me,’” she said.

Perhaps it’s my age or my upbringing. It all sounded like high school nonsense.

“Chiara” I say, “of course you’ll find your way. You’ll go to acting school. Your English will improve and your enunciation will sharpen. You’ll find a better job and you will live your dream. “

She looked up at me hopeful, blue eyes misting as if seeing a vision.

Her face went flush and bright as a hopeful child.

“You are so optimist” she says. “How can you say these things and believe them.”