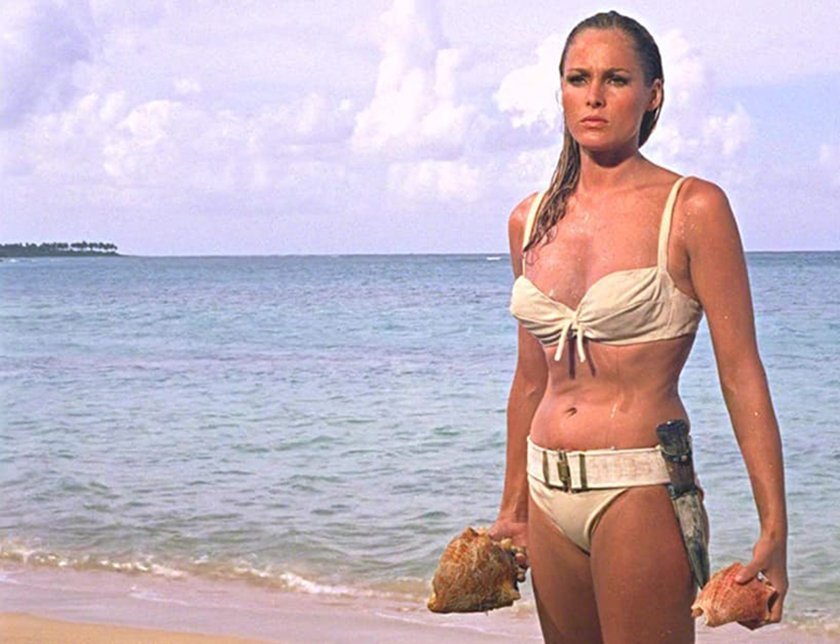 Actress Ursula Andress as one of many sex symbols in the early days of the James Bond franchise.
F

irst, a warning. I’m headed deep into explicit territory, so if you need a spoiler alert, here it is. Stop now or abandon your virtue forever.

Okay, that’s out of the way. Now to the meat of the subject, which begins with me in the bath, musing. I’m good at musing. I don’t have a cat. I do have candles and a pretty view.

During this bath I was musing on what makes men so silly as to let me earn so much money from their uncontrollable desires. They seem to me, at least some of them, like petrol-happy cars of another era, in need of constant refills because even the act of refilling can feel somehow macho — pump in a hole and so on.

In that sense I’m a quencher, an enabler of fantasies, a tease, all the while not coming within a mile of the male sex organ.

But what I have done, and continue to do, is refine graphic little text messages the women who work for me send out to several hundred clients who’ve made me — some of them obviously and deeply lonely, if not timid — into their ever-present Pussy Galore (rest in peace Sean Connery).

What is it about men, aside from their reservoirs of testosterone, that makes them toss just about any amount of money in the arena just to see a stripper (been there, done that) or, and this part is more mystifying, receive hourly messages more or less locked into variations on oral sex, foreplay, the admirable length of their penis, how the woman examining this penis is rapt and can’t wait to have it inside her, all of which she says in a series of sexts for which a man pays weekly and monthly fees.

Men seem to me, at least some of them, like petrol-happy cars of another era.

What do I feel when I send such messages? Nothing. The same holds for my colleagues. We laugh at the content, in part because we’re a little ashamed but also because it’s hilarious.

“I want your big throbbing dick in my hands! I want to lick the tip!”

I get it all in in biological and procreational terms, as in men seeding women to keep the species afloat. No mystery there. Babies every day, too many of them in fact.

What my no doubt tiny female brain cannot comprehend is the obsessively aggressive need to hear the obviously put-put announcements of sexual submission over and over and over again.

Part of this is that women can’t “get a rise” out of words on a screen because they’re programmed to actually think about what they’re reading, and for anyone sane that leads to the conclusion that you’re being led on, or paying to be led on. From a business standpoint, I thank the world’s male population.

Still, from my bath vantage point I find it comic that millions if not billions of men around the world are dependent on pay-for-fantasies to escape the flatness or the drudgery of their day-to-day, including a job they hate and a wife they no longer love, or both.

They crave and need arousal, call it streaming, and it’s a craving that’s been around for millennia. Only now you pay by credit with anonymous billing.

This means Mr. Happily Married is walking around with a phone constantly buzzing to suit the needs of his wayward dick. Only the vampy actress Mae West made this funny with the line, “Is that a gun in your pocket or are you just glad to see me?”

The see me part is out. Now, it’s read me, read what I’m going to do to you, imagine it until you, well, relieve yourself of the pressure.

As easy as urination.

It’s comic that millions of men around the world are dependent on pay-for-fantasies to escape the flatness of their day-to-day.

I have a handful of employees sending these messages, several of them married, several with kids, and not one of them really know what kind of a fire it is they’re lighting under men by texting my scripts. They mostly shrug and say, “That’s the way it is with men.”

And no, my gay friends, I’m not leaving you out. On the contrary. Why do you think women turn to you for comfort and advice? Because you make them feel safe. You won’t be wanting to buy their panties.

Men possesses a pathological need to ejaculate that comes over them suddenly, like a mist or a change in weather. They see, they want, they can’t have, they want more.

And put me in business because I’m the supplier of that endless forbidden more, that supple female hand scripted in iPhone letters telling you how I just can’t wait a moment longer before you penetrate me with your full six, eight, or ten inches, depending on the day.

Meantime, I’m soaping my breasts and listening to the birds outside, which actually might be a much bigger turn-on than what I’m sending out, but in my business you do what works, dry off, sip wine, and turn on the telly.