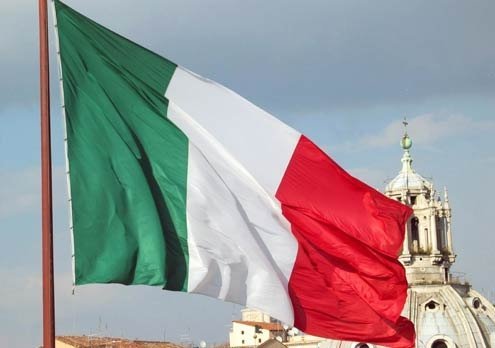 Italy offers few collective rituals that connect the public and the private.
M

y son has finished his first semester at boarding school. When Italian friends ask me how he’s doing, they barely disguise their hope that I’ve confirmed their predictions and become the “Unnatural Anglo-Saxon Mother from Hell.” I think they hoped I’d have a nervous breakdown, or at least start wearing black like the mother of a Camorra pentito who betrayed his own.

No such luck. Not only am I fine, but vacation has proved that my son still loves me, despite his Italian grandmother’s dire warnings about separation’s dangers.

In addition to missing each other desperately, the Italian script had said that his American schooling (and classmates) would be shamed by his Milan liceo education. It didn’t happen. “Mother, no way will I be valedictorian,” he told me. His Italian science and math preparation were weak, though Italians don’t care. After all, technical stuff is about as highly regarded as basket weaving and is not liceo classico‘s brief.

They do squirm when hearing that good grades are hard to get in history and, God forbid, Latin. “Mother, here, I really have to study…” he moaned in a rare phone call.

With that script in the bin, the Italian backup became “Stranger in his Homeland,” or, “How American Experience Obliterates Italianess.” However good the education or bright the future he’s doomed to lose the culture that nurtured him, I was told.

They may have a point. As an expatriate, I take roots seriously. So, after a friend wagged her finger at me about my son’s endangered Italian identity, I began looking for those roots.

But to defend his Italianess, I had to know what it was; what made Italians feel different from others; in short, not Austrian, French or even Croatian.

Research didn’t help much. Some friends gave dissertations on the Roman Empire, Charlemagne, the Renaissance, Garibaldi and the Church. Though interesting or accurate, I sensed little connection between this history and personal identity. Pressed, I think most Italians feel few emotional or formative ties between who they are and Imperial Rome or Medici Florence.

Other identity answers, which accurately highlighted character traits veered dangerously towards caricature: such as speaking Italian, watching the Italian national football team, eating certain foods, vacationing in August, coffee at the local bar, reading Gazzetta dello Sport. But some of these are hardly national. What is comfort food for a Friulano may disgust a Pugliese, neither of which — in their own dialects — could understand the other.

But something deeper unites all these characteristics: They’re acquired in “typical” Italian families; the large kind that lives within blocks (or floors) of each other and gathers at a matriarch’s on Sunday. My own acquired Italian family just doesn’t fit this description.

Outside family, Italy offers few collective rituals that connect public — historic, institutional and philosophical — and private identities. For example, Thanksgiving in the United States gives even recent immigrants a chance to merge their own experience of leaving home and starting anew with universal American traditions of historic origin.

While Thanksgiving is unique to America, other rituals and institutions can combine national and personal identities. British universities and the French hautes écoles actively put top students (regardless of family or economic background) through a state system that helps build a national managerial class that transcends mere local or clan alliances. Such educational institutions can distill Britishness or Frenchness from the raw material that bright and motivated young people bring to them.

Just as America’s exceptional historical experience makes the evolution of national identity into a self-sustaining process, Italian history impedes it.

The Fascist approach to national identity made everyone wary of fusing national and personal identity. Later, strong family ties were put ahead of government institutions. As an isolated and homogeneous society, Italy never had to define itself; it just was.

But demographics — an aging native population and rising immigration — threaten all that. To maintain their Italianness, Italians must first find a workable definition of their identity and then create institutions or practices that will both reinforce it and include even those who do not come from typical Italian families.

Italy is not alone in facing this challenge as Britain, France and most other European countries face the same problem. Matters of racism aside, Italy has even fewer institutions at the ready; just look at its unselective and highly local universities.

Still in search of my son’s Italian identity, I recently asked the Italianess question to another friend. His answer charmed me. “Why of course he is Italian,” he said. “I feel at home when I talk to him.”