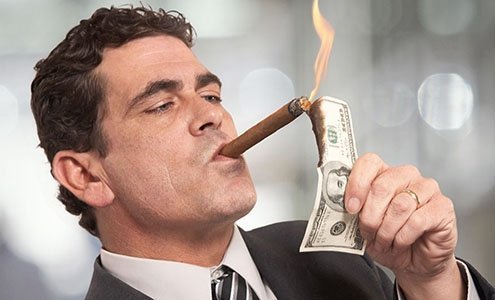 If you have money to spend (not burn), Italy will throw out the red carpet.
L

et’s circle back to October 2016 and say you’re a progressive member of Italy’s Chamber of Deputies as the country’s lower house does battle over the 2017 budget. Your country is deeply in debt with more red ink on the way. Economic growth is anemic at best, with overall unemployment at 10 percent and the youth jobless rate at 36 percent, placing talented and well-educated youth on the sidelines as its career building years pass by.

Your country desperately needs stimulus and one potential lever is tax policy, an area where positive results are never guaranteed.

One proposal is to attract high net worth individuals by offering them an advantageous tax regime if they move to Italy. The conservative political argument is that these individuals belong to a desirable class that will spend money and, more importantly, are likely to invest in businesses, thus creating jobs.

Liberals disagree in the strongest possible terms. The problem with the strategy, they argue, is the inequity of favoring one set of individuals — in this case a segment of the rich — in a blatant way.

On that count, Italy would hardly be inventing the wheel. Most countries seek to structure their tax policies to attract investment. Britain, Malta, Cyprus, Ireland and Portugal all have laws in place specifically favoring high net worth individuals. Such people are classified as residents who are not “domiciled.”

Domicile, which has its origins in Roman law, has become a staple of common law jurisdictions such as Britain and the United States. It’s a legal term that combines residence with intent. A domicile is defined as a place where an individual has his permanent home and legal residence. It is the place he intends to return to when residing elsewhere. In other words, someone may reside in several jurisdictions at once but would still have only one domicile.

According to the Financial Times, the English system rewarding the wealthy came into being 200 years ago during a war with France. The government of Prime Minister William Pitt the Younger sought to protect English owners of property in France.

The privilege has been maintained to the modern day so that in general someone who is a British resident but domiciled elsewhere — a “ResNonDom” — is taxed only on their British source income and capital gains. Foreign earnings are exempt unless brought into Britain, in which case there is a flat remittance charge, the amount of which depends on how much time an individual has been a resident in the country. It’s a complicated situation, with many rules and exceptions establishing who qualifies as a ResNonDom

This tax regime has been criticized for years for its discriminatory treatment of regular British residents who must declare and pay taxes on their worldwide income.

With populist Brexit winds at its back, the current British government is scaling back on the number of years a ResNonDom can take advantage of the tax privilege. High net worth individuals see the writing on the wall. They know the long-term future of ResNonDom status is at risk and many have begun their exodus. The timing is all the better for Italy to open its doors wide.

So how do you vote?

Italy voted to welcome the rich. It created an Italian ResNonDom (IRND) tax regime laden with incentives intended to lure the wealthy to Italy. Beginning in 2017 individuals who have not been Italian residents for 9 out of 10 of the past calendar years who opt into the regime will not be subject to taxation on their worldwide income. They will also not be required to declare the financial or real property assets they hold outside of Italy or pay the annual wealth tax on those assets, which all other Italian residents are subject to.

Instead, they will be subject to regular income tax on any income earned from Italian sources. With respect to their foreign assets, they will pay an annual substitute tax of €100,000. The foreign assets of IRNDs will also escape Italian estate tax. Very differently from Britain, there will be no additional tax on foreign income or assets remitted to Italy.

The regime is available for up to 15 years of residency and can include other family members at €25,000 each annually.

Some Italian commentators have suggested the new regime would not be of interest to American citizens since they’re subject to worldwide taxation in the U.S. What these commentators may not realize is that Italian taxes are generally higher than in the U.S. They also probably haven’t endured the practicalities faced by Americans residents in Italy, who must prepare tax returns in two countries with all the differing tax and filing deadlines that such requirements entail. Many, if not all of them, would be delighted to be able to opt out of that nightmare for a fee.

Voting for a tax regime that favors the wealthy is an uncertain bet. There’s no sure outcome. At the same time, Italian politicians also know they face an increasingly populist electorate, once inclined toward its own Brexit unless things improve.