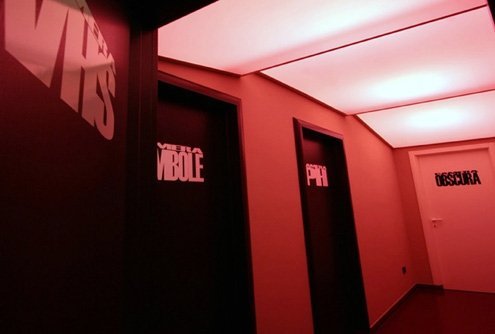 ardinia’s mysterious Bronze Age civilization was among the Mediterranean’s most advanced in its heyday. Our only understanding of these pre-literate people is based on the intricate bronze figurines they created as votive offerings and the more than 7,000 stone igloo “nuraghi” they left scattered throughout Sardinia. For centuries, archaeologists have been unable to determine if these massive crumbling structures were used as defensive lookouts, homes, or territorial divisions.

To be honest, I’ve never really cared. Piles of stones sort of leave me cold. But when you agree to write a guidebook, you find yourself traveling to a lot of places you’d never expected to see.

The island’s largest and most popular nuraghi lies just outside of Barumini a town of 1,300 inhabitants in the heart of a low-lying plain dubbed the “Marmilla” by ancient Sardinians because they felt that its rolling hills resembled breasts — “mammella” in Latin. Their conical angles are sharper than the breasts I’m used to and remind me more of one of Madonna’s early 1990s bras. It’s a seductive backdrop, but seduction has no place at work. The nuraghi’s peak in the distance jolts me back to reality and I get out my writer’s notepad.

Declared a UNESCO World Heritage site, the Su Nuraxi complex is Sardinia’s Stonehenge. The nuraghic-age dwellers’ crowning opus is an entire village built around a megalithic castle whose central tower dates back to the 15th century B.C.. It must have made an imposing sight for any Bronze Age invader. A three-storey tower is surrounded by a bastion whose four additional towers are connected by a rampart. A courtyard separates this citadel from seven more towers connected by a hexagonal fortress — all of which was made by shaping basalt blocks into squares and somehow dragging them from their source two kilometers away.

Surrounding this castle are the remnants of 200 huts. These are beehive warrens, modern-looking fireplaces, wells, atriums, arched entranceways, and even an early plumbing system. All this was built some 200 years before the founding of Athens and 100 years before God had Moses take dictation on the Ten Commandments.

I review my notes and digest what I’ve just seen over dinner at Barumini’s Cavallino Ristorante. Unfortunately, it doesn’t go down so well. I order the asino sardo (donkey steak) which tastes about as well as you might expect.

Needless to say, the Cavallino doesn’t make the guidebook. I pay the bill and am heading out the door when I spot a small advertisement with the word “Camere” written in pen.

From what I’ve seen so far, Barumini’s a one-mule town with almost nowhere for tourists to sleep, so if I want to include a hotel for my readers, this might be my only chance. So I ask the waitress.

“It’s my cousin’s hotel,” she replied. “I will call her and she will take you.”

“She will take you.”

The waitress’ cousin arrives dressed like a Jehovah’s Witness. White button-down shirt, thin tie, slacks, the whole deal. She finally agrees to let me follow her in her car and leads me 500 meters through town (all of it) to a recently-renovated building.

She says the B&B’s name, “Dieci Zero” is a play on words. I search for which words she means as she opens the door with a warm smile. I fail.

I generally try to stay in each hotel I list. Sometimes it’’ just not possible. The following review will appear when the book is published in April 2009.

— (Inexpensive) Dieci Zero, Viale Umberto 36. Tel. 328.798.6963. See www.diecizero.com. Two doll-sized comatose toddlers popping out of drug caplets welcome you to the reception of a hotel that is so utterly weird and out of place in Barumini that it’s worth a look inside. A pair of local artists have outfitted the four rooms in an S&M-meets-bad trip vibe designed to “violently introduce the unmotivated pilgrim” into sensory overload, as the website advertises, or just make you want to kill yourself.

Each room projects a different film connected to the suite’s unique theme as you lay in bed. These range from schizophrenia to infant sexual orientation, and the metamorphosis of man and beast, or “pure bird-humans,” as the hotel’s owner, Paola, calls them.

I’ll leave it up to you whether to book ahead.