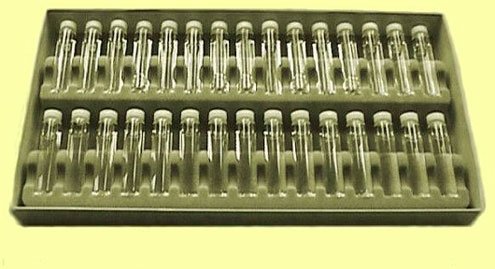 began to wonder what was really going on when my own family began telling me of their positive experiences with alternative medicine. The first lesson I learned was not to ask too many questions. As a result I only asked more.

To be fair, I once flirted with alternative treatments. I always suffered severe allergies and hay fever. Some years ago in New York, a colleague suggested I visit her acupuncturist in Chinatown. “He did miracles for my back,” she said. Desperate for anything that worked (or might) I made an appointment at his office on Canal Street.

I went only twice. Perhaps deep down I was just a skeptical 26-year-old. I recall the quick tap of an index finger and the needles sinking into the skin of my face. I felt less pain than constant pressure, especially when the needles were twisted in. I now know they were supposed to touch a meridian, which channels the Ch’I, or life force. The needles were then hooked up to what appeared to be a Ham radio. The doctor left me there for almost an hour. When I walked out into the street I was convinced I felt better. Then again, I had just shelled out $50 and my face hurt.

But my allergies didn’t dwindle. True, I didn’t complete the treatment, leaving me to wonder what if…

Having just finished reading Simon Singh and Edzard Ernst’s “Trick or Treatment? Alternative Medicine on Trial” I can safely say I’m glad I never returned to Canal Street for anything more than a cheap meal. Singh and Ernst studied scientific evidence culled from many trials, discarded the results from unreliable ones, and provide a useful overview of what works and what doesn’t.

When faced with rigorous testing, none of the four major therapies appear to be anything more than a placebo. That means whatever’s “working” is pretty much wishful thinking coupled with a wish to feel that your money, time and trust have been well-invested.

This should come as no surprise based on the founding principles of chiropractic (“innate energy”), acupuncture (Ch’i, meridians) and homeopathy (“memory” water). Herbal remedies fared slightly better, but the authors warn strongly against misuse and fraudulent marketing. They conclude that there’s really no such thing as “alternative medicine.” Either something works, in which case it is “medicine;” or it doesn’t, in which case it isn’t.

There are surprises on almost every page. Most homeopathic remedies don’t contain a molecule of their original substance. Frequently, they’re watered down millions of times, intended to make them even more potent! They are said to retain the “memory” of the original tincture, often made from soaking a root or leaf in a vial of water. When they reach the market, they’re often just pure water with a hefty price tag.

Acupuncture was a discredited in China until Chairman Mao decided it would be a great way to revive national “tradition.” The authors quote him as saying, “Even though we should promote Chinese medicine, I personally do not believe in it. I don’t take Chinese medicine.”

Now back to my family. My mother believes she has been cured of her lifelong allergies through a treatment called Nambudripad Allergy Elimination Technique, or NAET. This involves holding small glass vials of “essences” to which one is allergic — things like chocolate and nuts in her case — while a therapist does acupuncture on the patient. When I asked my mother how it worked, she shrugged and said, “How do I know? It just does.”

Further questioning prompted her to phone the therapist. “Hello, Fran? My son would like to ask you a few questions about allergy treatment. He thinks you’re a witchdoctor.” Then she passed me the phone.

Our conversation lasted for a few minutes. Fran enthusiastically explained how NAET is supposed to work. She more than once dropped big-sounding words like “energy” and “mind-body.” “But how do you know this stuff really works?” I pressed. “Listen,” she said confidently, “I could cure your mother’s allergies over the phone.”

That was it for me. My mother was the helpless victim of an alternative therapy guru. Her belief in the efficacy of prayer was already a bone in my throat. Now NAET and acupuncture. What was next, 2012?

When I voiced my skepticism to my sister — herself a part-time believer in alternative therapy — she rightly pointed out that the glass vials were probably just a placebo. It was the acupuncture that really did the trick.

The last word was telling.