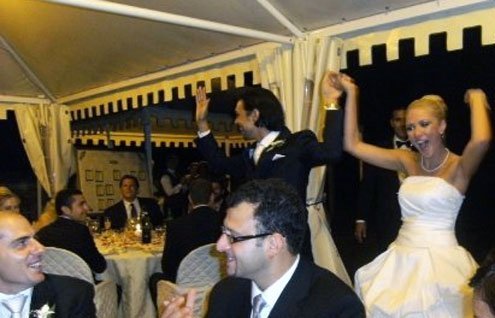 Stress? What stress?
I

f anyone asked me now what it was like organizing my Italian wedding, I might reply… interesting. As soon Fabio and I announced our plans (we married in September), the floodgates opened. Words of warning began piling up.

Fabio’s cousin: “Oh, you’ll see. It’s such a stressful time. You’ll have to attend millions of things together and by the end of it the two of you will be at each other’s throats.”

Then a “friend” chimed in: “A week before the wedding, I called my in-laws to tell them not even to bother coming to Rome, that I was no longer marrying their son. That was how stressed out I was.”

After more horror stories, I made two key decisions: