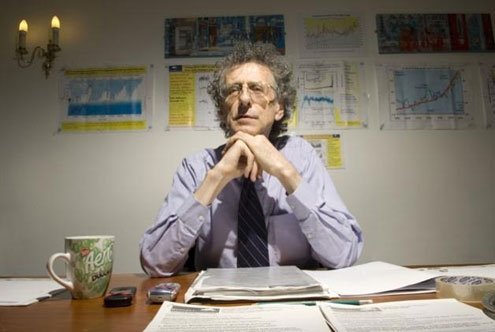 eather rules farm life, and not in a “shall I take my brolly today?” kind of way. It determines when you can plant and harvest, whether your animals can graze, how much food they’ll need, and what you can get done on any given day.

No wonder 21st-century farmers are glued to weather forecasts, looking to find the most accurate predictions (unlike most of the farmers in human history, who had only their experience and intuition to go by).

I am very impressed Italian weather forecasting, which I find far superior to the UK’s Met Office. I was brought up thinking Met forecasting was God’s work, but have since learned that’s just not so.

It was on my meteorological quest that I first came across a man called Piers Corbyn. His London-based company, WeatherAction, claims to be able to make accurate weather predications up to 12 months in advance using what the company bills as a “revolutionary Solar-Lunar-Action-Technique,” prosaically known as SLAT. In layman’s terms he insists the earth’s weather depends as much on the sun and the moon as atmospheric phenomenon and that by studying their activity you can make confident forecasts. He’s pretty good.

But forecasting has other kinds of ramifications, global warming for example. Going against the grain, astrophysicist Corbyn has a positive outlook about the future.

He believes the sun has entered a period of dormancy and that its lowered activity means the earth cooling down, not warming up. He’s skeptical about the effect carbon emissions actually have on the global environment. “Global Warming,” he insists, “is a deceitful political game.” He worries instead about a new Ice Age.

I can already sense the tut-tutting and the skepticism, but before you scoff, consider this: the last time the sun entered a similar phase, in the late 17th century, the River Thames froze so completely that it was possible to hold fairs on the frozen surface. The Thames is a tidal river. It rises and falls seven meters twice a day. For it to freeze, it has to be very, very cold for a very, very long time.

This sort historical evidence is enough to make me think that Corbyn may just be right. But there’s more. Corbyn has the classic markings of a scientist frustrated by knowing that he is right, but lacks the charisma, style or PR skills to convince the modern public, let alone tone down his views to bring doubters around. But none of that makes him wrong,

“Global warming is a well-documented phenomenon,” I hear you shouting.

Corbyn’s response is that money has corrupted science. Coping with global warming and controlling CO2 emissions has become a trillion dollar industry, and an untouchable one. Even meteorologist use it as a backstop — “All they do is wait for extreme events and say that whatever happens is what they expected,” says Corbyn. Arguing against global warming can make you look like a heretic, and ignorant. Skeptics are mocked or said to be in denial.

But while you’re hissing, consider the case of 18th-century Hungarian physician Ignaz Semmelweis. Working with mothers and their newborns, he became convinced germs could be transferred from patient-to-patient if doctors failed to wash their hands, an idea that offended a medical world in which coming into contact with corpses before surgery was commonplace. In his overcrowded Vienna clinics, Semmelweis noticed fewer women died of bacterial infections when the doctors treating them washed up regularly. But he could offer no suitable scientific proof aside from years of hands-on obstetrical work. He was called “naïve” and his views labeled “improbable.” Rudolf Virchow, considered the father of modern pathology, saw no reason why attending doctors should avoid morgue work or wear gloves before coming into contact with patients.

Semmelweis suffered a breakdown in 1861 and was institutionalized four years later, the year of his death at age 47. Toward the end of his life he wrote tasteless letters to obstetricians insisting on the accuracy of his theories. He was considered a lunatic. A few years later a man named Pasteur confirmed the germ theory.

Corbyn is unlikely to meet the same fate. He continues talking to anyone willing to listen, skeptics included. But I’d like to think that he knew someone thought he was right.