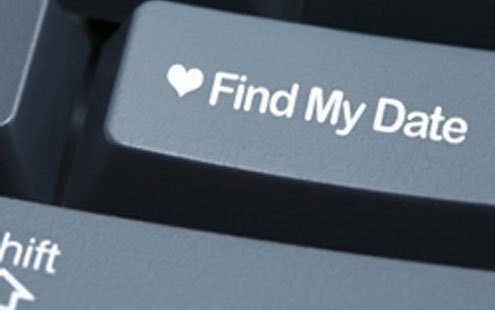 Can I trust you?
N

atalia met Rick online, but not in the usual way. They’d both been included in the same email invitation to a rooftop party hosted by a friend of hers and a friend of his. It would essentially be the 30-year-old version of the fraternity favorite, the ice luge, where lawyers, financiers, and by-day professionals would revert back to carefree days and get on their knees in front of an elaborate ice sculpture to drain shots of whatever someone was pouring.

When Natalia opened up her email his was the last in the line of responses. She was shocked but amused. She replied to all that she would bring a pie and a bottle of whiskey. She told him that his “girls” question seemed inappropriate for a group email.

He replied to her that it was in fact a very legitimate question, and was she coming…?

She said that she was.

Two days later he found her online. They chatted for a few minutes and he told her that unfortunately he wouldn’t be able to attend. She felt her heart sink slightly and had no idea why.

The next day he found her again. He said he was sorry he wouldn’t be there to meet her, but he had a business trip. She asked him where and what he did, and he asked her a few questions. They exchanged a few more details and realized they might have more friends in common.

A week later he caught her online at midday. He asked what she’d been up to lately and she told him about the date she’d just had with a man she’d met online, who, it turned out, had dated her cousin for three years! Huge city, small world.

She asked him if he’d ever met someone online. He had. He admitted that it was a little racy, and that he wasn’t sure he should share. She said that he should, but later, as she had to take her run.

That night, while she waited for her wet hair to dry and for the lotion to sink into her freshly-showered skin, she turned on the computer and there he was. She smiled.

This time they typed away for hours — about chance encounters, instinct, underwear … when the only other person knows that you’re naked under your clothes.

She tucked into bed with the computer on her knees and shared one of her wilder tales. He wanted details. They agreed that details were important — that sights, sounds, and smells were as exciting as what happened in their stories.

He asked about her fantasy. She told him that she had many, but that lately all she really wanted was to take her time. Really take her time with someone and experience every sensual moment. In New York everything seemed to happen so fast, people constantly coming and going.

“Coming constantly?” He joked, and then apologized, “Sorry, tell me more.” He also liked to wait, to resist.

Yes! She exclaimed. To know what is coming, but to make your way there slowly and feel the pull intensify like two quivering magnets.

It was nearly 2 a.m. and she was wide awake, her breath short.

Her fingers moved as if hypnotized to the rhythm of their conversation. He felt the same way. Not knowing, yet knowing… chance encounters, surprises. This is what life was all about.

She asked him about his fantasy. He said he wanted a challenge. Did she have any ideas?

She said she had plenty.

He said he was starting to feel warm and asked her if she was. She was indeed, so warm that she’d had to remove some clothing. He “smiled” and said that he had too, and would she invent a dare? Something unexpected and shocking, that no one could ever know about.

They paused. The city was silent outside her window.

Can I trust you?

She gave him the address of a park near her apartment. There was a concert the next night. Could he meet her there at 9 p.m.? Near the bushes behind the last row. She would be wearing red, a long dress.

A pause. He would be wearing gray trousers and a white shirt.

She would bring a blanket.

He would bring some wine.

No one will ever know, right?

She hoped he liked jazz.