We, the animals, sue you 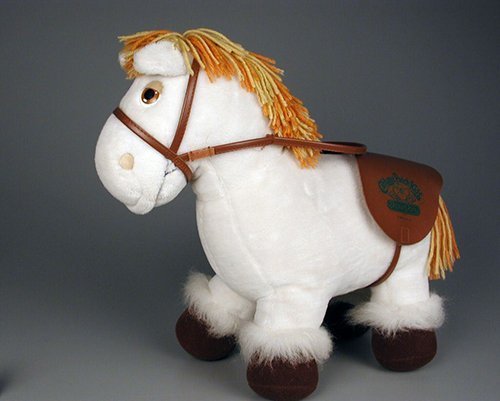 Humans create false idols and then amuse themselves by saying they only know how to perform one trick.
T

o whom it may concern: This is advance notice of a libel class-action lawsuit being brought by the Animals of the world against you, Humans. Let us begin by saying we have long applied patience in hopes that you Humans would change your ways, softening your words, but this has not happened. So we have decided to linger no longer. Please see below for the particulars of the cases we will be bringing against you.

Section 1. Dogs. In the spirit of complete honesty, this section is in fact being compiled and written by Cats, since Dogs felt badly even telling us about what they’ve had to endure, all of which which makes the Human betrayal that much more harrowing.

In the first place, we demand that you immediately cease and desist from referring to Humans you find unattractive in the following manner: “She’s a dog.” Dogs have shown you nothing by loyalty and kindness. They have never slandered your name though they have ample reason — including but not limited to the number of times the hopes of Dogs have been raised under false pretense, i.e. balls thrown in pretend gestures, promised trips to the “park” that lead to the vet instead.

We demand that you return their kindness by showing Dogs respect.

Section 2. Buffaloes. These noble creatures have roamed the lands for centuries, and yet your false words have spread the image of these wise animals as simpletons. The expression, “Well, I’m simply buffaloed” is both hurtful and inaccurate. Buffaloes are in fact often quite unaffected by things. They are staid creations that like delving into the deepest strands of thoughts while at the same time are willing to entertain complex action. So, you can imagine how offensive it is that Humans choose to portray them as easily baffled.

Perhaps the Human mind is so easily shaken, but not that of the Buffalo, and they will not stand for the continued purveying of this casual ridicule.

Section 3. Equines. The Horse has helped Humans carry out some of their most basic needs, not for decades nor centuries, but millennia. War, the harvesting of crops, and travel would all have been impossible without them. And yet their work ethic is incessantly put into question by the insensitive expression “Horsing around.” Sometimes the “g” in “horsing” is left out, leading to an even more disrespectful version of the term. Humans are in essence denying that Horses know how to amuse themselves in their off time. The very idea that the defining characteristic of a Horse also includes a proclivity for carelessness is not only grossly insulting, it also demonstrates a lack of observational skills by Humans, who have paid little heed to this fellow worker over the years. Only a self-absorbed entity, namely a Human, would ever associate Horses with play.

We have long applied patience in hopes that you Humans would change your ways, softening your words, but this has not happened.

Section 3, Clause 1. Equines—Ponies. It is not enough that the Pony has been infantilized in one millennium after another. They also suffer by being identified as small horses, erasing their identity. The Pony has had to endure being taken to Human cubs’ parties and touched by their sticky hands. In language, the Pony has been immortalized as a “One-trick Pony,” no less. This is untrue to the point of irony, since to stand and not move or kick fastidious Human cubs that insist on “petting” requires two tricks at the very least. This is but one example of how the Pony debunks the saying directed against it. If anyone is a “One-trick” animal, it is Humans, who are apparently only able to insult their fellow creatures.

Section 4. Flies (as they regard Animals). This is our final objection because it summarizes the premise of our legal action: disrespect and belittlement of non-human entities. Humans often use the expression, “They wouldn’t hurt a fly” to suggest how thoughtful one of their own is.

But we take issue with this seemingly passing remark. In the first place, it suggests that hurting non-humans is acceptable, with not hurting even a fly underlining the applause-worthy self-control demonstrated by any given Human. This kind of remark is upsetting to Animals, many of whom do not benefit from Human self-control. But the second and more significant point concerns Flies themselves, who have had to overcome any number of problematic stereotypes, including that they are intrinsically filthy and irksome. In fact, they are an essential part of the eco-system, and saying such as the one above, which We will not repeat, only keep alive outdated notions that have no place in the illuminated world of today.

These four terse sections represent the central prongs of our lawsuit. We look forward to seeing you in court.