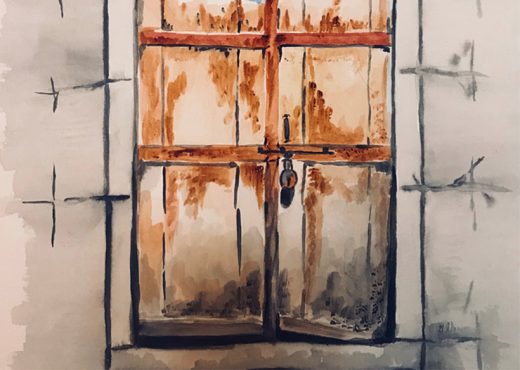 Neither the Northern League nor the Five Star Movement are high on socially progressive movements, and neither seems open-minded when it comes to gay rights.
F

acing an increasingly hostile Italian political environment, one whose bias extends to the Roman Catholic Church, established social norms, and even family outlook, the LGBTI+ is graced with holdouts who refuse to capitulate to defeatism or hide away, trying instead to build open, honest and functional lives and families notwithstanding cultural resistance.

A few years ago, Oscar and Eddie met online and began a relationship. After a year, they started a funeral parlor business together. In fact, when my husband Alberto’s mother died, they arranged the aftermath and supported us through a difficult period.

On the final Saturday in May, Oscar and Eddie were joined in a civil ceremony held in a small village in northern Italy, deep in the heart of alt-right Northern League country. The League and its Five Star Movement partners — neither one open-minded toward gays — have run Italy since June.

Oscar’s witnesses were two older men who had been together for almost 20 years. They had only joined in a civil union two years before, because, now retired, they felt safe enough to go through with it. Eddie’s father, a man who very much looked the part of a Harley Davidson owner, which he is, attended, along with his girlfriend. They were his witnesses. The rest of group, 40 at most, were largely family and friends. After the town’s deputy mayor finished the civil ceremony, the dinner festivities began in a farm restaurant. The food was excellent. Then came the toast, a kiss and a cake (no speeches, thankfully).

The next evening, friends joined Gabbi Oscar? and Eddie at the community dance hall where the polka and the waltz played prominent toles. The band dedicated a song to the newlyweds. But poor Gabbi doesn’t dance and was too shy to even step out on the dance floor with Eddie. As a result, the dance floor remained empty.

Still. It was a lovely event. But the future looks far less lovely.

The new minister for family is Northern League hardliner Lorenzo Fontana. He has a history of opposing LGBTI rights.

In an interview with the Milan daily “Corriere della Sera,” Fontana denied having made homophobic comments in the past, insisting he was not “against gays,” adding: “I have many homosexual friends…after all, I lived in Brussels for many years where there are many gay people in powerful positions.”

Familes Minister Lorenzo Fontana: “I am Catholic. I do not hide it. And that’s why I believe that the family is the ‘natural’ one, in which a child must have a mother and a father.”

He went on: “I am Catholic. I do not hide it. And that’s why I believe that the family is the ‘natural’ one, in which a child must have a mother and a father.”

Even though some have interpreted Pope Francis’ ambiguous remarks on gays — “God made you like this and loves you like this,” he has said —as a potential ray of hope.

But Francis has been pope since 2015, and the Catholic Church hasn’t softened its critical rhetoric, at least not in Italy. It still harshly judges LGBTI+ people and aggressively opposes their rights. The Northern League’s rise suggests many Italians have already made up their minds on the matter.

“Corriere della Sera” also asked Fontana about the Rainbow families – a term often used to refer to children of LGBTI+ parents of the families. “Under the law, they don’t exist right now,” he replied. The comment incited protests from LGBTI+ activists throughout the country, under the hashtag #NoiEsistiamo (We Exist). On social media, many shared photos of their Rainbow families, suggesting the minister take a look at them.

In 2016, Italy agreed to allow same-sex couples the right to civil unions. But same-sex couples were not allowed to adopt. The spousal adoption of a partner’s child required court approval on a case-by-case basis.

Access to IVF was also prohibited to gays. It’s no wonder that Italy was recently ranked as among the worst countries in Western Europe in terms of LGBTI+ rights.

LGBTI+ citizens are deprived of job opportunities or passed over for promotion. The disrespect runs deep.

As for those who claim to be “out,” many often mean they are selectively “out,” keeping the “truth” in house and away from family and the workplace. They fear opening the door wider would lead to rejection or reprisals. It should come as no surprise that many Italian homosexuals continue the long-standing tradition of hiding within the safe and accepted confines of a heterosexual “marriage of convenience,” a “method” long propagated by both the Church and many families – a lie that all too often leads to tragedy.

During a recent pizza dinner with Oscar and Eddie, I asked them if they had any plans for children. “Not yet,” they both laughed. But Eddie wasn’t through. “I know it’s strange but sometimes I dream of having a son or daughter who would follow us in our business.” If they did have a child, I’m sure it would be loved, well cared for and protected. I’m also sure that it would be proud to call Eddie and Oscar daddy.

Fontana’s views and those of the Church aside, Oscar and Eddie are two young people who are already part of a family structure. With or without children —and law works against them — they have set out to create a branch of their own family legacy in the best way they can. They exist! We exist!