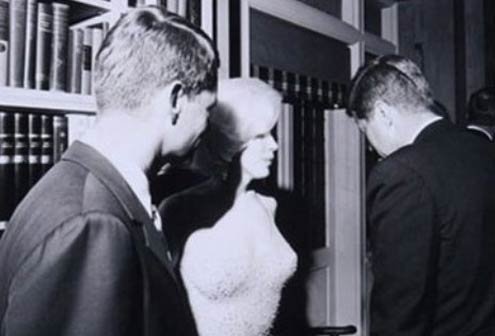 If you're a politician you're probably not among the poor of the earth...
I

t’s time to talk about perception. In my case that means examining what I think clients see in me and what I see in myself, and how the two viewpoints coincide and diverge.

Some clients make no effort to hide their lack of respect. They won’t say it aloud, but to them I’m the lowest of the low. Some call me only from blocked numbers, which I can understand in terms of personal privacy and the social positions they occupy. They don’t want to be found out. Fair enough.

At the same time, I’m a human being and not a robot. Let’s say I set up an appointment with a man at a specific time and place. Fine. But something might come up that prevents me from getting there. Daily life in Rome isn’t neat and clean, let alone predictable.

So, let’s say that for some reason I can’t make it. That’s when the privacy backfires. I can’t call a blocked number. I can’t even tell a client I’ll be late. The result is predictable. The client gets to the arranged place and waits. And waits. Some don’t even bother calling to find out why I’m late or haven’t showed up. Given their view of me, they assume I’m a fake bitch who tricked them. Afterwards, I often get hate mail.

It’s a vicious cycle. They’ll say, “I’m a government politician so I can’t give you my personal details. So I’ll be calling you from a blocked number.” But wait. If you’re a politician you’re probably not among the poor of the earth (most of my clients are anything but). What that also means is that you could easily buy a disposable phone to use to get in touch with me, and I with you. Two plus two…

But no, that’s where social perception comes in. For these clients I’m a prostitute first, which means I’m not worth a SIM card. Getting something specifically meant for me would “validate” me in their eyes. I find all this a little strange since I don’t work for an agency; I don’t meet up men without interviewing them first; I don’t have sex unless I’ve decided to. I don’t jump when a man calls.

But people see what they want or need to see. The irony is that a man is a man in the end. It doesn’t matter if he’s a politician or businessman. Social status is irrelevant. If we do end up having sex, we’re the same: two naked people.

If he didn’t use me he’d use someone else. If I didn’t see him I’d see someone else. The pull on both sides is equal and constant. Sex takes off masks. Status collapses. If my clients want to see a dirty slut, that’s what they’ll see, even if the living, breathing reality contradicts it.

I had one client who called me periodically. We never spoke much. But once, after not having seen each other for a while, and I was in his car, he suddenly asked me if I had a boyfriend. The question was unlike him. He’d never seemed to care. I answered that question and others, after which he said: “Well, you’d better make your move soon.”

Apparently, because I’d told him I didn’t have a boyfriend and also told him honestly that this wasn’t my favorite way of making a living, I should be asking him for the status of sugar daddy.

From his male vantage point — and cocky is a specifically male word — the person seated beside him was a poor defenseless girl completely alone in a big bad world and in desperate need of a protective man. And he apparently thought he could be that man. I didn’t agree.

I knew what I needed and it wasn’t him. But there was no telling him that. Again, he saw what he wanted (and again, maybe needed) to see.

A few clients, and I’ve written about them before, saw me both as a woman and a friend. Personality mattered to them as much or more than sexual attraction. For them, I was an intelligent, funny and pretty woman with her own history who got into the pleasure business for her own reasons, someone who put knowing people and learning from them ahead of everything else. They also saw a woman who has her flaws, who can be as helpless and infantile as a child, as cold-hearted and careless as a complete bitch, or as messily stupid as those stuck with incurably artistic souls.

Whether these men saw the real me because they wanted to see it or because they could — there’s a big difference — is another story entirely.