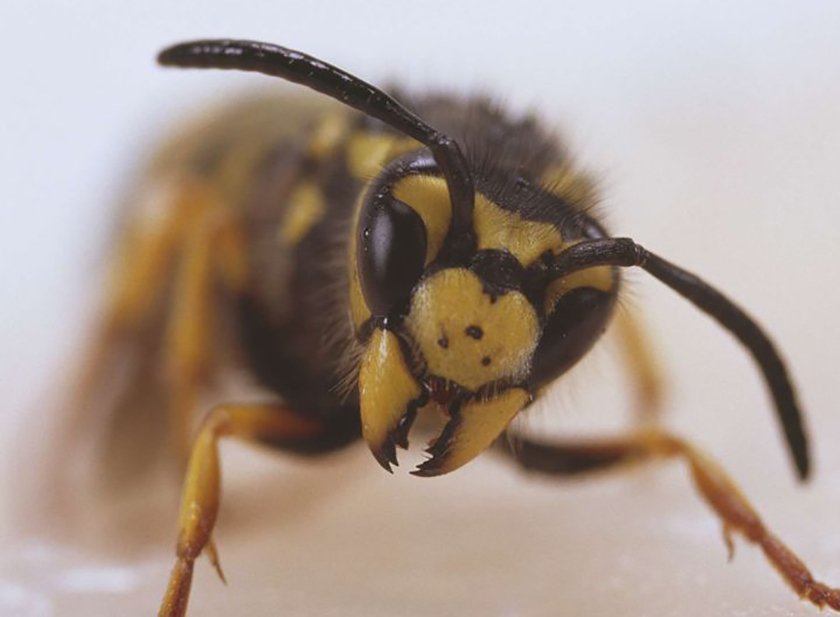 Blows against the empire, so far futile.
T

wo exterminators have come to my balcony empire, attempting to lay siege to and destroy the wasp’s nest nestled in the high eaves leading from terrace space to room.

They have used poison. They have poked and prodded for weaknesses. They have resorted to flame throwers. And all have failed.

These wasps die by the hundreds, charred husks to which the exterminators point excitedly, as if they’ve succeeded, only to realize within minutes that their genocide is temporary. These wasps know death’s dominion by heart and scoff at the idea they can be outlasted, let alone beaten.

At times, as the tyrant author of these killing fields, I wonder about the scope of my purpose, and even right and wrong, though I remind myself I shouldn’t: these are insects, not carriers of enlightened consciousness, which I allegedly possess.

I ask myself, “Why am I insisting on this siege?” (I am not alone; the condo also wants them gone). The only reply I can come up with is a cross between my disdain for insects and fear they might decide en masse to eat me alive, something by now they’ve no doubt agreed to, those that remain.

So the answer is fear. I’m scared of this massive hive of wasps because it, and its “they,” might conspire to hurt me by refusing to adhere to my utterly human assertion that it’s their obligation to leave me alone. Live and let live. But I know they won’t, or so culture has told me, and my response is military. Annihilate them.

Humans have these urges, at times toward each other, seeking to exterminate the “others” who don’t fit in, or who might carry poison, or who could, if left to their ways, poison the whole.

They attack only when threatened, otherwise more interested in the pursuit of sugar than aging men.

No doubt the wearers of anti-viral masks, in an extreme moment of social frustration, might unleash exterminators on those who insist on walking face-front, scot-free, or on approaching the owner of a dog — too close! step away! — to pet the pet, violating the viral security blanket and setting off a buzz of alarm. No mask, to some, is an invitation to wasps, a welcome mat, and therefore a gesture of basic irresponsibility. After all, the virus is not a wasp, it can infect and kill.

Truth be told, so can wasps, if they gather in angry hordes, and swoop in to defend life, liberty, and the pursuit of wasp-dom. But largely (and this is the truth that unsettles my genocide), they don’t do that. They buzz menacingly close to the human ear but attack only when threatened, otherwise more interested in the pursuit of sugar than aging men.

The opposite of the virus, which goes for the aging with immense zeal, leaving most others on the sidelines to invent all sorts of defenses, including masks, and inducing them to find anyone who doesn’t wear such a mask as a walking contaminant. Look at those kids on the beach! Look at that man entering the food store! Look, unprotected, unwashed, a wasp in the making in the public domain. Call a security guard, or don’t bother, the guard has shown up on his own. Please go back to your nest, he says, and suit up appropriately for the apocalypse.

The wasps never get a chance to suit up. They’re perpetually threatened by those who long ago made up their minds that winged flying stingers do not qualify for enlightened warning. Just please ignite the flame-thrower.

Problem is they know all about this, and accept their lot, and won’t go away. Just as those without masks, who dare to pet the dog, have decided, whatever the consequences, to go about their human ways, thus vexing those determined that if wasps must be, they should at least stay home, parked in a nest and unmoving until humans feel secure and can contain their flourishing anxieties.

If only life worked that way but it doesn’t. Wasps are schemed against per se, including by the rational, and I among them from time to time. Those who do not wear masks or won’t keep their distance can and must be, no matter how irksome, tolerated (even poisonous rogues!), for no other reason than to remind the whole that it takes all kinds, and always will, and unless they find a way to live together the next step is inevitably poison and flame-throwers. Gestures of resistance against the barbarians.

But wasps included, there are none in sight.