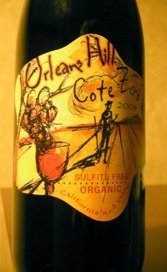 ou can’t say she wasn’t clear. “No thank you,” she told the waiter firmly, “I only drink whites. Reds give me RWH.” Our cameriere paused frozen in mid-pour. He’d been trying to fill my friend Doris’ glass with the house wine I had just ordered. Staring at her with a puzzled look, he turned to me for a translation. Befuddled, I shrugged. He put down the near-full mezzo carafa di vino sfuso and worried himself with the order.

“Great!” I thought to myself. “I now have almost 17 ounces of wine to drink.”

When Doris picked abbacchio alla romana, a quintessential spring dish, I hesitated to tell her it was baby spring lamb. I was afraid she’d pause, scowl, and wonder aloud how anyone could eat itty-bitty animals. Fearing the worst, I recommended bucatini all’Amatriciana. I then wondered whether to further complicate our evening by asking about her wine malady.

Red wine, I told her, in addition to supplementing a Roman meal, was also healthy — at least in moderation. Studies have shown it can prevent osteoporosis and heart disease. Its antioxidant properties slow aging and reduce Alzheimer’s disease-causing peptides. Wine-drinkers can have stronger memories and live longer. As someone who loses her glasses every five minutes, this is reason alone to sniff, swirl, and swallow.

But Red Wine Headache Syndrome (RWHS for short) is a real medical condition. And no one seems to actually agree on what causes it.

Some think the headaches are produced by the sulfites added to wines during its making. As a result, American health advocates successfully lobbied to have sulfite labeling added to North American wine bottles. But most consumers remain unaware that to a greater or lesser degree all wines contain naturally occurring sulfites, whatever the label says.

Naturally-occurring sulfites are generated during fermentation as yeast breaks down sugars in the grape juice, converting them into alcohol and carbon dioxide. Winemakers usually choose to add additional sulfites at critical intervals during vinification. They serve as antioxidating preservatives that inhibit the growth of molds and bacteria.

Oddly enough, sulfites are present at higher levels in dried fruit, cheeses and even pancake syrup. But you don’t hear about pancake syrup or dried apricot headaches.

Yet some people do react to sulfites. Like those who suffer from peanut allergies, they can have severe reactions with life-threatening respiratory problems. Headaches are the least of it.

So what’s behind this? Some experts believe the answer lies in the histamines found in wine and the way the system eliminates them. Red wines contain 20-to-200 times more histamine than whites. People who have a deficiency in an enzyme known as diamine oxidase (which breaks down histamine in the small intestine) are thought to be susceptible to headaches.

Medical research also points to Tyramines, an amino acid found in red wine, chocolate and some cheeses, and the way the body processes it. Still other studies contend that a red wine’s tannins are the actual culprit. Tannins give red wine its distinctively pleasant but slightly bitter flavor.

With so many opinions, people like Doris may never know what causes the headaches. But they do know better than to tempt fate.

My advice for those readers with headache problems is to keep a diary of what kinds of foods and wines give you headaches, and when. If you’re not bothered by other high sulfite foods, then sulfites are probably not the catalyst. If they are, you may need to stick with wines you know have no added sulfites in processing, avoiding most commercial reds and sweet dessert whites.

If other sulfite or Tyramine-rich foods don’t seem to be causing your discomfort, red with finely-structured tannins should be the ones to avoid.