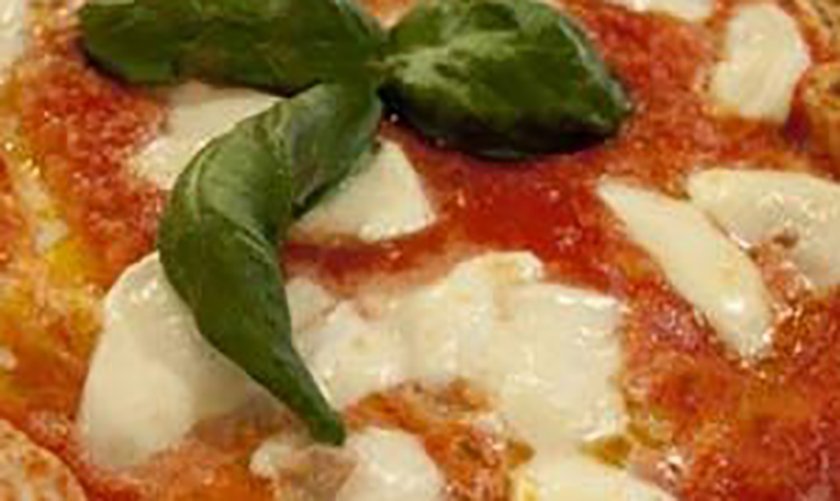 French Margherita? Or a cream-drenched French carbonara? Thanks but no thanks...
S

o here I am, an expat sitting in the Mediterranean sun at a desk in a small seaside town in France, wondering if the little donkeys up the street are going to have enough to eat (sometimes my most profound thought of the day) and whether I should take them my carrot tops or send them straight to the compost. (The carrot tops, that is — not the donkeys.)

Heavy decisions. And yet, the morning news (which I read on my iPad) speaks of increasing virus mutations, of conflicts in too many places to count, and of a withdrawal from a war that has everyone disturbed. So much for contemplation, carrot tops and the life idyllic.

Yet prejudice and strife are not always somewhere else. We in southern France are not far from Spain. The Catalans in our midst suspect the French and would be glad to do without them. France, to the French only, is known to some as the good old days.

Yet prejudice and strife are not always somewhere else.

As for Italians, our little community has none. In fact, our beloved Italy disdains the haughty French, with their attitudes and the heretical cream they pour into their faux spaghetti alla carbonara. Some French, of course, might consider Italians the peons of Europe — southern do-nothings who just happen to make a good cup of caffé and a fair pizza.

But try to find the equivalent pizza in France! A French pizza Margherita is an oxymoron of crème frâîche, goat cheese, cooked ham, oregano, and olives. (Then again, Italian chefs have been going “creative” as of late and might fare better to let the French make the sauces — if only chefs could enjoy one another’s creativity!)

I am here for both. I am well aware, after spending decades in Rome, that some idols might have feet of clay. I’ve embraced with complete awareness the madness of Rome’s traffic; the piles of garbage sometimes left on street corners; the hours wasted attempting to pick up a package or mail a letter at the post office; the demise of great old ristorantes where one used to find a perfect spaghetti alla carbonara but now finds over-filled plates of mediocre, overcooked fare for tourists.

Well, it’s a living. But I often ponder the French attitude that one is entitled to work only 35 hours a week while receiving complete medical care and retiring at 55 or 60 to (probably) one of several houses one owns. Savings, compared to our choices, are in real estate for the children — not in uncertain money markets.

And why not? Do we have medical care for all? (See “Sicko,” a perfect example of French medicine.) The French have more time to spend with family, more vacations than any country I’ve visited, and live longer than either the Americans or the Italians. I see few who do not have their cheese course after the plat du jour of rabbit in mustard, roasted potatoes, and endive salad, with a possible dessert after the cheese. Yet they walk, bicycle, and hike it off while happily discussing the next meal.

The Italians also live longer than Americans despite their frequent government changes — a right-wing fanatic who wants to secede from the south and prices that doubled with the advent of the euro. But I say, vive le difference. Italy is paradise for me.

I am often disturbed to find that the world is the same everywhere.

I adore the Romans’ “fish in your face” attitude toward life, though after a long stint I generally welcome the civility and order I find on the French side of the border. Still, I wish they both could embrace the best of one another — Italians could use some efficiency, and the French a good mozzarella.

There are, indeed, many good things that come from both. I am fortunate to have in my little village, and my beloved Rome, some of the best anchovies in the world. Our little French village was the anchovy capital of France and for years, paid no taxes as a result of being the main supplier of the beloved tiny swimmer for the whole country.

But I am also often disturbed to find that the world is the same everywhere — the exceptions being a large handful of friends I have made in both countries who are kind, generous, have big hearts, and, as Europeans, love to read.

Newsstands, especially in Europe, are full of front pages so swollen with bad news that taking it all in can feel literally sickening. Yet there are bits of hope. Take for example Joe Biden’s sincere, apolitical, and deeply humane plea that we take a good hard  look at our faults, racism huge among them, and work together to rein in hatred and try to the best of out ability to let all people into our lives — black, white, brown, yellow, French, Italian, and oh what a long list it is. This may be rhetoric but if so it’s useful rhetoric, and he’s a good man to insist on broadcasting his beliefs. The planet is starved for this kind of thinking and his are words we need to hear.

A friend recently sent me the local magazine from my old neighborhood in Los Angeles, and I read with a sweep of nostalgia and pleasure of our little canyon community’s annual fair. It always had a quality that Italians, French, Palestinians, Israelis, Hamas, Tutsis, Hutus, Catholics, Protestants, Jews and so many others might benefit from observing.

My former neighborhood might be a tiny cell in the world’s complex organism — but at least once a year, at our humble Beverly Glen Art Fair, one can rejoice in Hava Nagila and delight in watching the annual sensuous belly dancer without fearing plots to obliterate one or the other off humanity’s grand map.

How fortunate to have lived in such a place, and how I hope, encouraging my sentimental side to run amok, that the world takes Biden’s words to heart, that they be seen not as a way but the only way. Let the voice of compassion be heard in Europe, Asia and anywhere else that humans find themselves crowded planet, one that for two years has been  in the seemingly unending clutches of a paralyzing disease. Let camaraderie, tolerance, and acceptance become the words we live by.

Why, let the French make pizza, so long as they do so only in France.